Warning: count(): Parameter must be an array or an object that implements Countable in /var/www_blog/advice.cruise118.com/htdocs/wp-content/themes/crusie118-cruise-advice/library/metabox/init.php on line 714
 Experience carnival season on a cruise

It’s this time of year that we see plenty of places across the globe celebrate their version of carnival. From New Orlean’s Mardi Gras to Brazil’s Rio Carnival, each one is unique in terms of its traditions, costumes and mass celebrations.

What’s great for cruising is that many of these celebrations can be visited during a sailing, meaning you can travel the world experiencing all the fun of the fair in each of these fantastic destinations.

This festival explodes across the floating city of Venice throughout February, celebrating the end of Lent. The carnival originated centuries ago when locals would eat, drink and be merry before Lent began when they have to give this up. 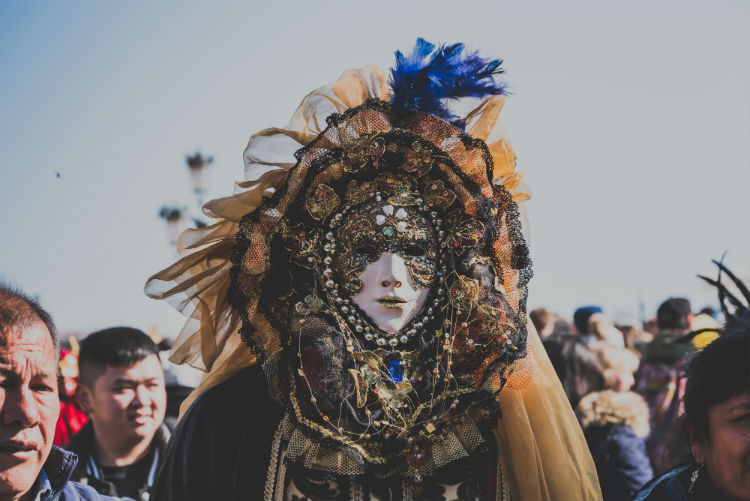 During the festival it’s common to see locals and tourists donning Venetian-style masks and costumes, attending masquerade balls and parades across the city. There are plenty of free events to enjoy such as boat parades, costume competitions and fireworks. One of the main attractions is the Flight of the Angel, known as Volo dell’Angelo, where a ritual is staged showing an acrobat ‘leaping’ from St. Mark’s Campanile and landing in the middle of St. Mark’s Square. 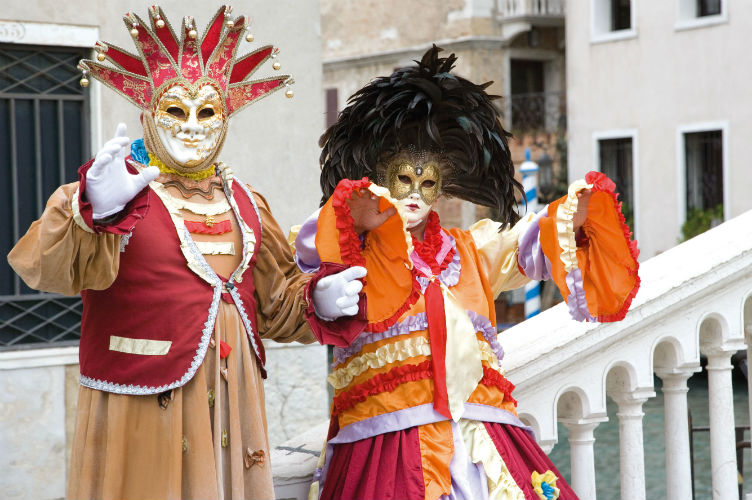 Mardi Gras signals the end of carnival season in many places and is also knowns as ‘Fat Tuesday’. On this day, celebrations take place throughout New Orleans including parades, music, picnics and floats. The festivities are so popular that the region actually begins the build-up to Mardi Gras a few weeks earlier with parades even starting as early as January! 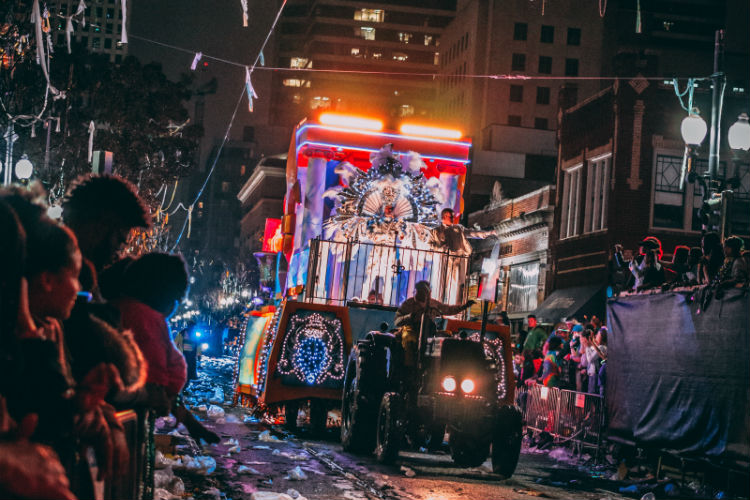 The history of Mardi Gras here started in the 17th century when a French-Canadian explorer brought the tradition across from Europe. Soon after, in the 1830s, New Orleans held street processions of masked people and dazzling torches and the tradition continued until this day. The parades occur in and around the inner city of New Orleans, including the French Quarter, Covington, Uptown New Orleans, Marigny, Slidell and Metairie. 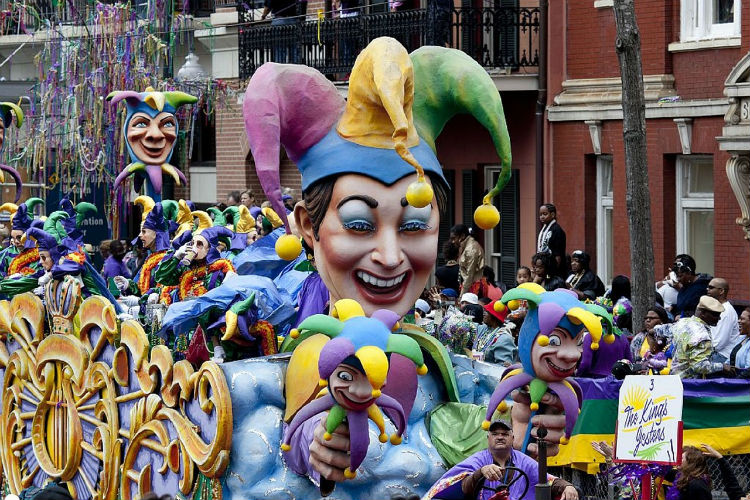 See all cruises to New Orleans

Carnaval de Nice is one of the most popular in France, and the world, taking in February and attracting many spectators to the French Riviera each year. There are around 17 floats decorated to a specific theme (this year’s theme is cinema) which then parade through the streets accompanied by live music and street art. Many of the parades begin at the Masséna where floats will follow the Albert 1er gardens on a loop. 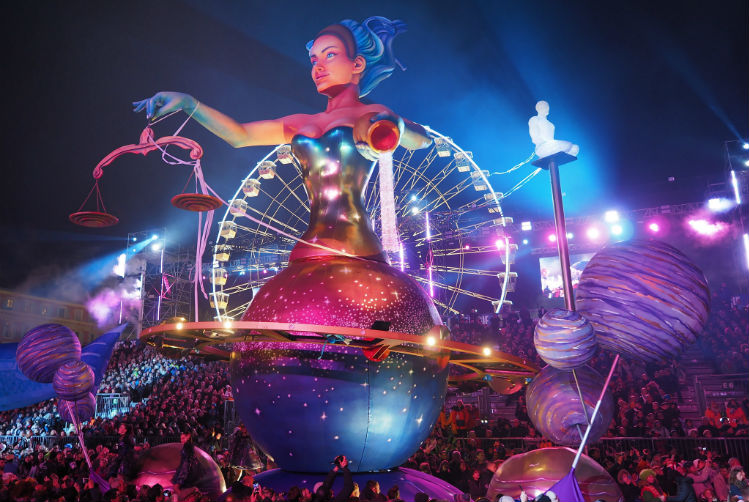 There are also flower parades including costumed models who gift flowers to spectators as they pass. This even dates back to 1876 when the first flower parade took place along the Promenade des Anglais. These parades also share the same theme as the main carnival. The last event is the parade of lights which commences on Saturdays and Tuesdays during the festivities. On these nights, the carnival floats come alive with visual entertainment, lights and musical bands. 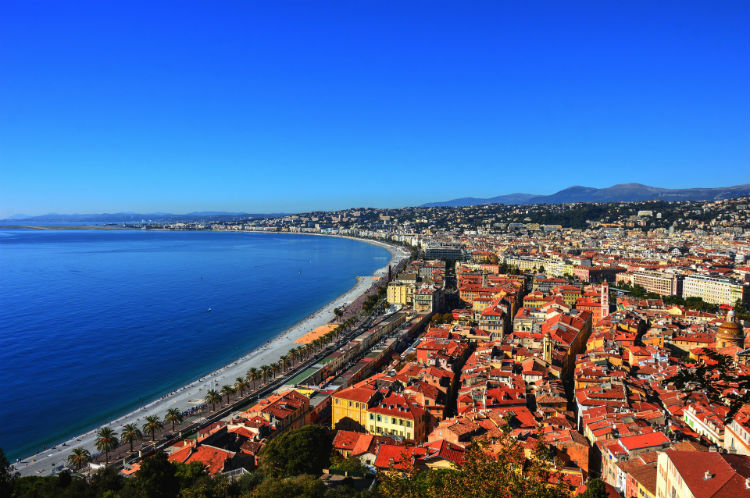 Those looking to cruise to Nice for the celebrations can dock in one of two ports. The more popular one is situated in Villefranche as it’s better suited to larger ships, while smaller ships can dock in Nice. Villefranche has excellent bus and train links to Nice centre, and Nice port is just a 30-minute walk from the city centre.

In Nice, there are plenty of places to visit alongside the carnival attractions, such as the Old Town or the Promenade des Anglais, which are a short walk away.

See all cruises to Nice

Also known as the Carnival of Santa Cruz de Tenerife, this carnival extends across two weeks usually at the end of February and on until March. The festivities include parades, shows, parties and tons of fun for all. During carnival, which tends to launch soon as February rolls around, this tiny island plays host to the second largest carnival in the world, following Rio de Janeiro, and it only gets bigger and better every year! 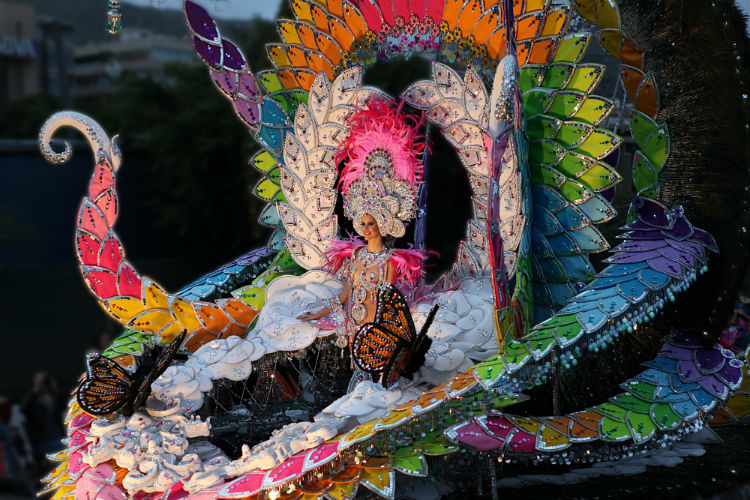 The celebrations surround the election of that year’s Carnival Queen, followed by performances from Murgas (satire artists who perform songs about the years political and public events). The carnivals are themed each year, with 2019’s being the deep sea. This means you are likely to spot costumes, decorations and parades surrounding the particular theme.

Tenerife is the largest of the seven Canary Islands and a popular destination to visit on a cruise. All sailings here tend to dock in Santa Cruz, which makes it easier if you’re looking to visit during carnival season. There are shuttle buses to take you into town, though it’s only a short walk to the Plaza de Espana station or the main area for the carnival – Recinto Ferial.

See all cruises to Tenerife

The biggest of them all and often considered the home of the carnival, Rio de Janeiro hosts spectacular events throughout the early months of the year for all to enjoy. Throughout the events, the streets fill with colourful costumes, music and dancing as bright colours dazzle and samba rhythms sound. 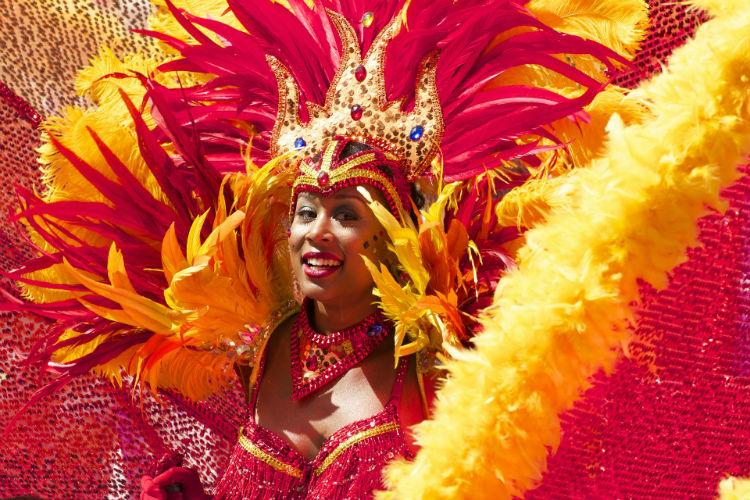 Parades, floats, elaborate costumes and more take over the city every year, continuing a tradition which has stood since 1840 when the first masquerade took place. The ceremony begins with the crowning of the King of the Carnival, who is then presented with the city keys from the city mayor, parades then lead from a number of samba schools and street bands many of which take place at the Sambodromo – a purpose-built are specifically for the Rio Carnival! 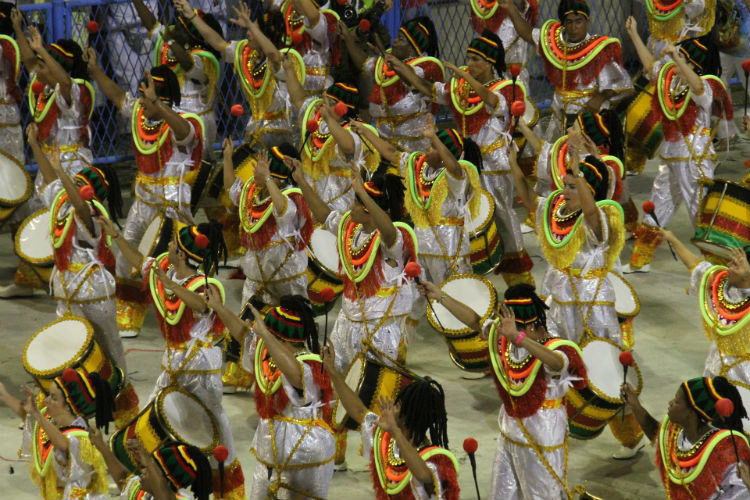 Sailings to Rio are popular due to its draw of Brazilian culture and cuisine, as well as the exciting events of the carnival. Cruises here tend to dock in the Maua Pier, which was hugely developed following the 2016 Summer Olympics. Due to this development, there are plenty of transportation links for the subway, ferry and bus.

From the port, you can easily reach the city either by walking or public transport. There is also a high-speed train which links the port to Sao Paulo, should you want to explore further. For those looking to get right into the centre of the carnival celebrations, the Sambodromo is only a 35-minute walk from the port.

Enjoy a cruise during carnival season

It seems that each carnival has its own traditions but one thing is the same for each – they are all fun for all the family! From parades and costumes where you can all get involved to the stunning light shows and firework displays to watch from afar, taking part in the carnival is an opportunity not to pass up if you happen to visit during a cruise.

If you wish to plan a cruise around a certain region’s carnival season, there are plenty to choose from including those mentioned above or even Copenhagen Carnival, Ecuadorian Carnival or Las Llamadas Carnival in Montevideo.

Should you wish to book a sailing to any of these popular carnival destinations, call our Cruise Concierge team on 0808 1234 118 for expert advice and award-winning customer service with your booking and any questions you may have.

Would you like to experience carnival season during a cruise? Have you visited any of the above destinations during the festivities? Let us know in the comments below!

One Response to “Experience carnival season on a cruise”