Warning: count(): Parameter must be an array or an object that implements Countable in /var/www_blog/advice.cruise118.com/htdocs/wp-content/themes/crusie118-cruise-advice/library/metabox/init.php on line 714
 Galapagos: The ultimate bucket list cruise destination

The remote, volcanic Galapagos has to be the ultimate bucket list destination. Scattered across the equator, two hours’ flight from Quito, this is a place like nowhere else on earth, teeming with birds, reptiles and mammals that have absolutely no fear of humans, all somehow coexisting on a string of stark volcanoes and jagged shorelines.

A marine iguana will swim right past you while you’re snorkelling, as graceful sea turtles glide underneath. When your Zodiac inflatable lands on the beach, you have to step around basking sea lions, not the other way round. Blue-footed boobies perform courting rituals, oblivious to their audience, while pelicans hitch a ride on your boat as a vantage point for spotting fish, which in turn attracts the attention of circling sharks. Galapagos cruises really are life-changing experiences.

A cruise is by far the best way to visit the islands, as it is effortless, taking you to at least two places every day and right out into the midst of nature, miles from civilisation. At present, there are around 120 licensed vessels operating in the archipelago: most of them are live-aboard yachts, and just a handful of small cruise ships offering varying degrees of luxury.

Fortunately, conservation is an absolute priority in the Galapagos, the national park authority determining where ships can go, how many people are allowed in and what they can bring with them; selfie sticks are banned, for example. But if your sole experience of the Galapagos is gazing longingly at Blue Planet II, how do you choose your first cruise, and how do you get the most out of this incredible place? 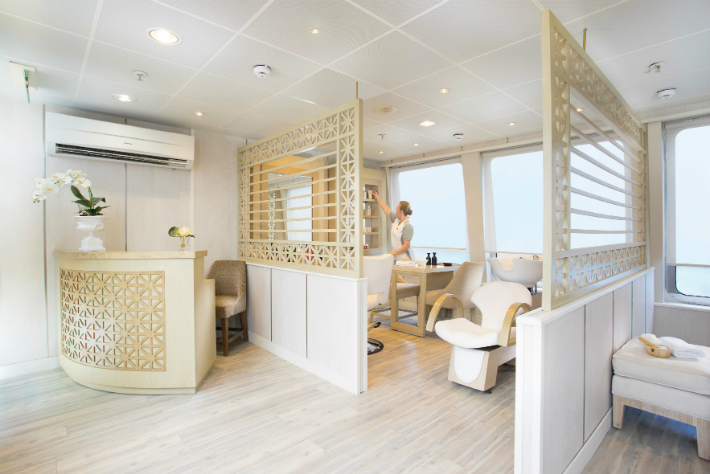 First, the ships. Several expedition cruise lines operate here, but the best known are Silversea Expedition and Celebrity Cruises. Silversea has one expedition cruise ship in the Galapagos (Silver Galapagos), and Celebrity Cruises has three: Xpedition, the 48-passenger Xperience, and the 16-passenger Xploration. In 2019, Xperience and Xplorer will be replaced by a new, all-suite vessel, Celebrity Flora. The most any ship is allowed to carry is 98 passengers, so you will be in the company of a select few. 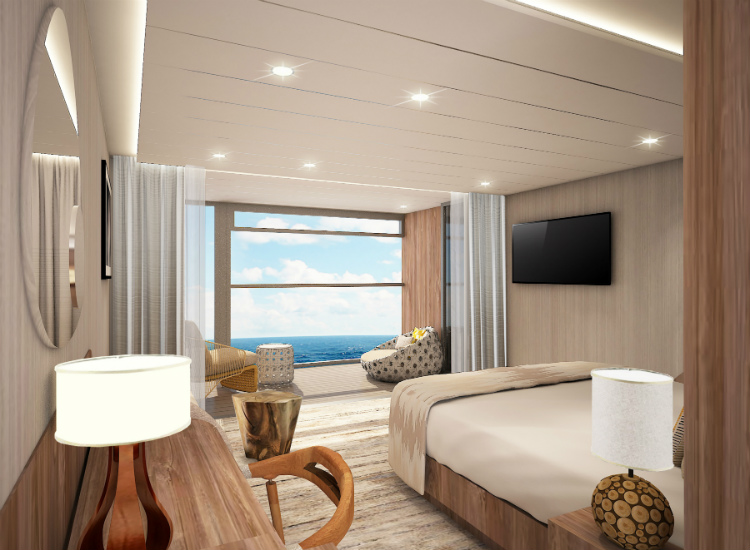 Both lines offer an all-inclusive product, which is important, as it means you can try everything; no picking and choosing excursions to fit a budget. Silver Galapagos is one of the most luxurious vessels, with butler service and private balconies for many cabins, although the new, all-suite Celebrity Flora will be a serious rival when it launches. Celebrity’s older ships, Xperience and Xploration, are priced accordingly, but you’ll find plenty of Celebrity hallmarks like comfortable beds, excellent food and friendly service on-board.

Where to go on Galapagos cruises 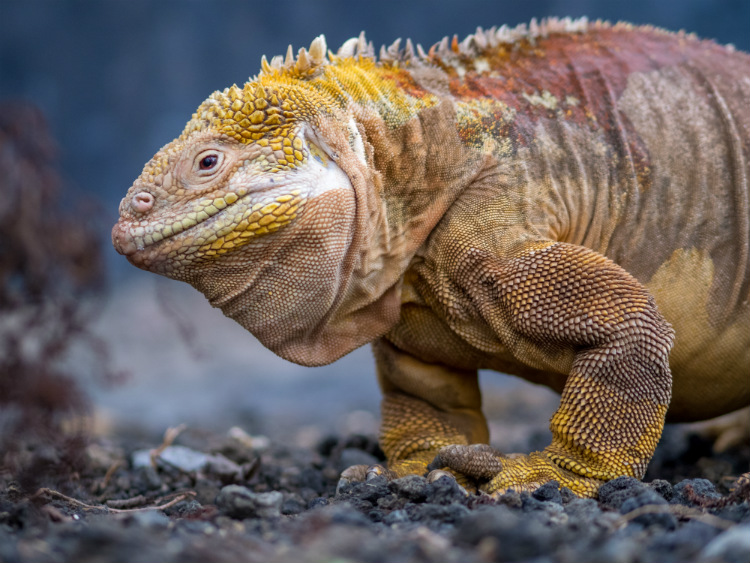 Cruise routes are usually seven-night loops from Baltra or San Cristobal, where the two airports are located. If you’ve never been before, all the islands are stunning, although all different, with species on each one varying slightly. San Cristobal is steep and craggy, with a challenging hike on which you can see three kinds of boobies – blue footed, red footed and Nazca – as well as a spectacular sunset behind the spike of Kicker Rock, an islet just offshore. South Plaza is heavily colonised by land iguanas, while their marine cousins cling to jagged rocks on Española – and are, surprisingly, bright red and green rather than the more common black. If you want to see hammerhead sharks, choose a ‘northern loop’ that visits tiny Genovesa. Prehistoric-looking tortoises live on Santa Cruz, where there is a pretty little town, Puerto Ayora (complete with sea lions and iguanas basking on the dock) and the Charles Darwin Research Station, where you can visit the tortoise breeding programme. 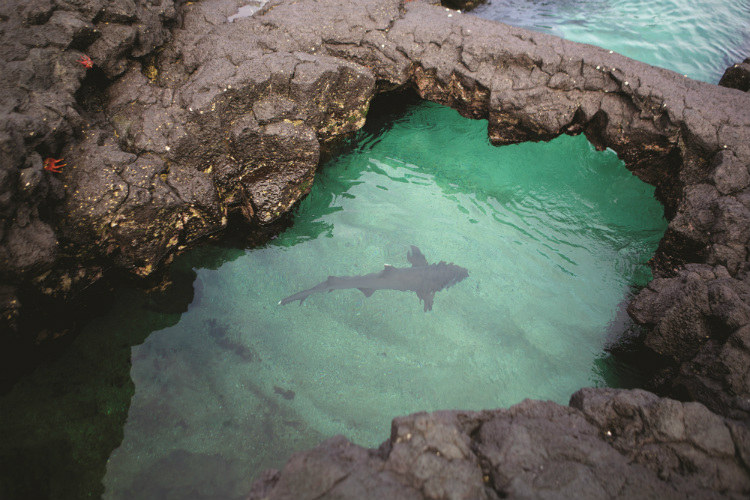 When you go makes a difference, too. Sea turtles, boobies, iguanas and flamingos nest in January and February. You will see male frigatebirds puffing out their scarlet pouches in February and March, while June and July are best for whale-watching. September is best for cooing over cute sea lion pups, while whale sharks arrive in the north in November. Albatross fledglings appear on Española in December – but by February, most of them have flown the nest. Sea lions, boobies and iguanas, though, are abundant year-round, as are sea turtles and reef sharks.

What to do on Galapagos cruises 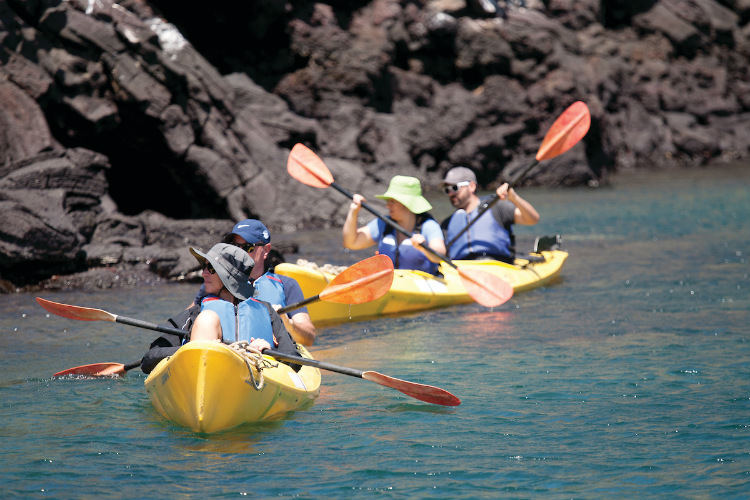 Silversea excursion in the Galapagos

A cruise in the Galapagos is packed with activity, regardless of the level of luxury you have chosen. Typically, there are two stops every day, with a choice of guided walks, snorkelling, kayaking or a Zodiac tour. The heat can be intense, so activities are scheduled for early morning and late afternoon, with siesta time midday as the ship repositions. All landings are by Zodiac, or panga, as they are called locally, and some involve getting wet as you have to jump off into shallow surf. Evenings usually involve a briefing, dinner or an al fresco barbecue and then a talk or documentary; this isn’t the place for nightlife. All the ships carry expert, highly qualified guides – you are not allowed to visit the Galapagos without one.

What to pack for Galapagos cruises

This is one cruise where you need to pack carefully. Good walking shoes, lightweight clothing as sun protection, a wind-proof hat and a lot of sunblock are all important. The ships provide high-quality wetsuits and snorkel gear. A camera is essential – and the water is so clear it is worth taking a GoPro in waterproof housing; you won’t want to miss an opportunity to capture memories that will last a lifetime.

Would you like to embark on a Galapagos cruise with either Celebrity Cruises or Silversea Expedition? Click the button below or call our Cruise Concierge team on 0808 1234 118 to book a bucket-list voyage you will remember forever.

One Response to “Galapagos: The ultimate bucket list cruise destination”