Warning: count(): Parameter must be an array or an object that implements Countable in /var/www_blog/advice.cruise118.com/htdocs/wp-content/themes/crusie118-cruise-advice/library/metabox/init.php on line 714
 Azores: Unique Heritage & Volcanic Beauty | Cruise118 Advice 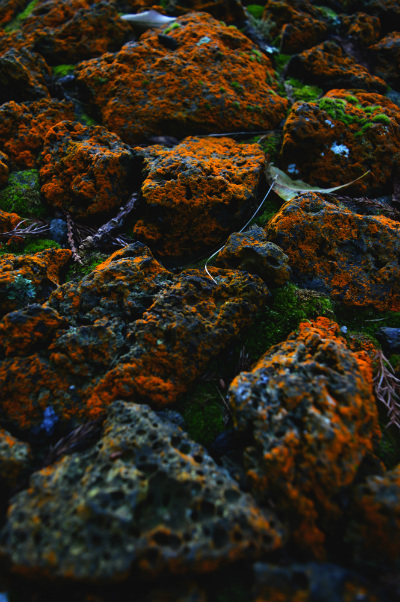 The Azores are often referred to as the ‘Hawaii of the Atlantic’ – and it is easy to see why as this archipelago of nine volcanic islands appears to rise up from the sea like mountaintops of a drowned continent. Lying 812 miles west of Portugal, the Azores are the farthest flung outpost of Europe and are stunning cruise destinations.

This cluster of islands regularly makes an appearance on our weather charts due to the effect of an area of high pressure in this part of the Atlantic which plays a key role in Europe’s meteorological systems. Feeling like a world unto itself, this mid-Atlantic pattern of islands is a place where life is carefree and any sense of time seems to disappear – no doubt qualities which appealed to Prince Andrew and Sarah Fergusson, who honeymooned there in 1986.

European seafarers first mapped the islands in the 14th century, and during the following century Portuguese explorers claimed the islands one at a time from east to west, starting with Santa Maria.

Outcrops in the Atlantic 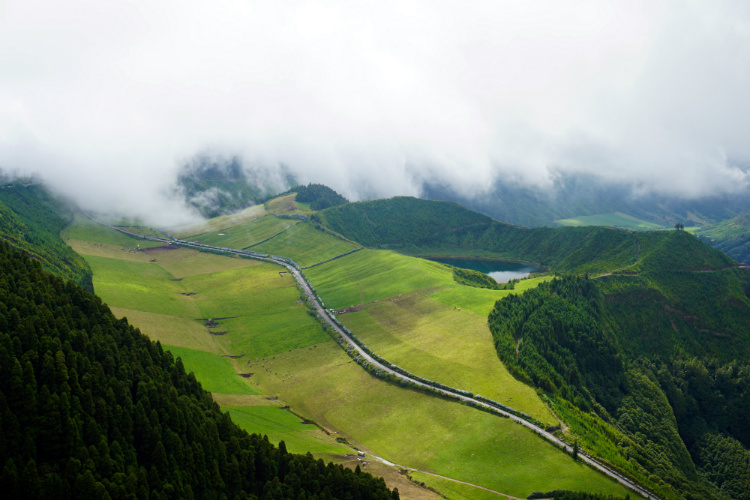 Spreading for 370 miles across the Atlantic, the autonomous Portuguese archipelago of the Azores comprises three island groups: the eastern islands of São Miguel – the largest – and Santa Maria; the central cluster of Graciosa, Faial, Pico, São Jorge and Terceira; and the western islands of Corvo and Flores.  Being at the junction of the Eurasian, North American and African tectonic plates, the Azores are a geological hotspot.

These nine mountainous islands have long been a haven for Atlantic traders and explorers sailing between the Old and New Worlds. Cruise ships visit three contrasting ports: Ponta Delgada on São Miguel; Horta on Faial; and Praia da Victoria on Terceira. Each island is unique and independent-minded. 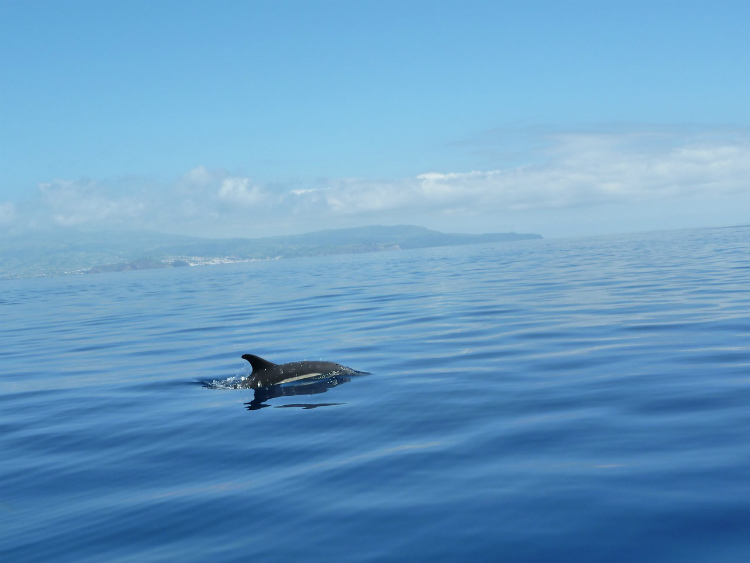 Legendary destination for sailors coming east on the trade-winds, Faial’s natural attractions include the mountain belvederes at Monte da Guia and the Miradouro da Espalamaca which offer spectacular views over the island; as well as the Caldeira do Faial whose slopes are covered with junipers, cedars, tree-heather and ferns. Many of the historic buildings in and around the island’s capital, Horta, have a religious significance, such as the São Salvador Church – one of the simplest churches on the island dating from the 16th century and 17th century Jesuits College. There is also the opportunity to go whale watching as the seas off this island are renowned for pilot whales, sperm whales, blue whales, killer whales; numerous species of dolphin; and giant marine turtles. 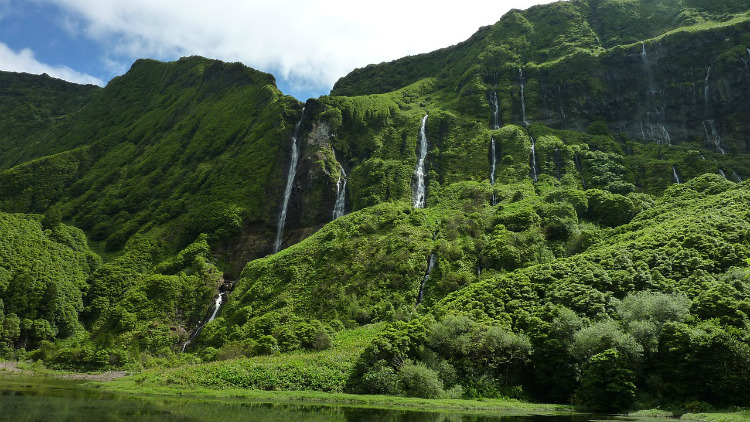 In the south-coast of Terceira lies the capital and UNESCO World Heritage Site of Angra do Heroísmo. A relic of the days when the island was an important staging post between Europe and the New World, it is built on a 16th century Renaissance plan featuring whitewashed churches trimmed with dark lava stone. In the centre lies an attractive square – the Praça Velha, while close by is the former royal palace – Palácio dos Capitães Generais.

In this culturally-rich town sights worth seeing include the manicured Jardim Duque de Terceira with its lawns, fountains and ornate bandstand. Colourfully-painted shops dot Rua Direita and Rua da Sé with their patterned calçada pavements, while the pastel-pink façade of the petite Teatro Angrense is a highlight along the intriguing, narrow Rua de Esperança.  The fortress of São João Baptista was built during the Spanish Occupation between 1580 and 1640 as an armoury and treasury.

There are also natural wonders such as the almost two mile wide Caldeira de Guilherme Moniz crater and the enormous underground caverns at Algar do Carvão, not to mention the steaming sulphur pools and geysers surrounded by mud and rock sediment in spectacular colours. The island has a long tradition of wine growing using a Portuguese grape known as Verdelho; the local wines can be sampled at the Wine Museum at Biscoitos. 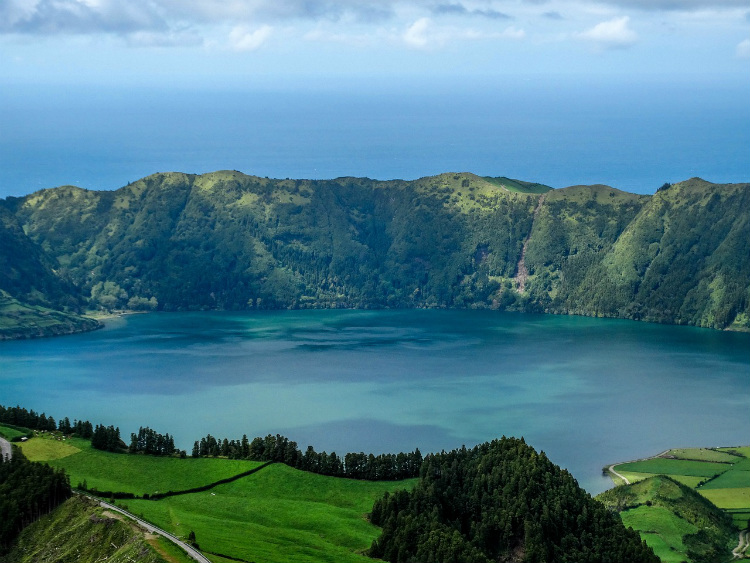 The largest and most visited city in the Azores, Ponta Delgada on São Miguel has a captivating historic quarter which offers a pastiche of washed houses and buildings filling cobbled streets and small squares, while 17th and 18th century convents and churches pepper its rolling hills whose empty roads are fringed with millions of azaleas and hydrangeas. An undoubted highlight of the island is the two lakes at Sete Cidades which are separated by a narrow causeway – the water in one lake is blue, while in the other it’s green, and legend links the hues to a tale of unrequited love between a princess and a shepherd.

With active volcanoes, crater lakes, moss-draped forests and shores composed of swirls of lava, this timeless world unto itself is packed with natural drama.