Whether you’re into crime novels or science-fiction, there’s a book for everyone to enjoy on their holidays.

We’ve taken a look at some of the bestselling books for you to add to your cruise reading list.

A number one New York Times Bestseller with over two million copies sold, The Woman in the Window is a fantastic debut novel by A. J. Finn which Stephen King himself has dubbed ‘remarkable’. The book has been sold in over 43 territories and is currently under development as a major film to be released next year.

Be one step ahead and read the novel that’s dark, twisted and unputdownable. The story centres on an agoraphobic woman who witnesses something no one was supposed to see.

`One of those rare books that really is unputdownable’ – Stephen King

Follow the story of Amy and Hugh as they endure a six-month break apart from one another, during which Hugh packs up for South Africa leaving Amy with the children and life at home.

An entertaining story of love, fun and emotion, this is the perfect book to escape into. With the much-loved humour and wit that Marian Keyes is renowned for, dip into the life and relationships of her characters once more with this journey of a woman finding herself.

‘The Break races along with Keyes’ trademark energy, lightness of touch and plenty of laughs’ – Sunday Express

An inspiring memoir from TV’s Simon Reeve, Step by Step is an ideal book to take on-board as you sail to some of the world’s top destinations. Reeve has explored and adventured in over 120 countries, visiting some of the most remote corners of the world.

Revisit those countries with him in this inspirational account of his favourite expeditions; dangerous events and challenges; and the many landscapes of jungle, desert, mountain and ocean which he has endured over his lifetime.

‘In the last decade, he’s made a name for himself as British TV’s most adventurous presenter. He’s hunted with the Bushmen of Kalahari, hung out with biker outlaws in Australia and been taught to fish by the president of Moldova.’ – Radio Times

‘Simon Reeve, a man whose very name is a guarantee of interesting television. Outstanding.’ – The Observer 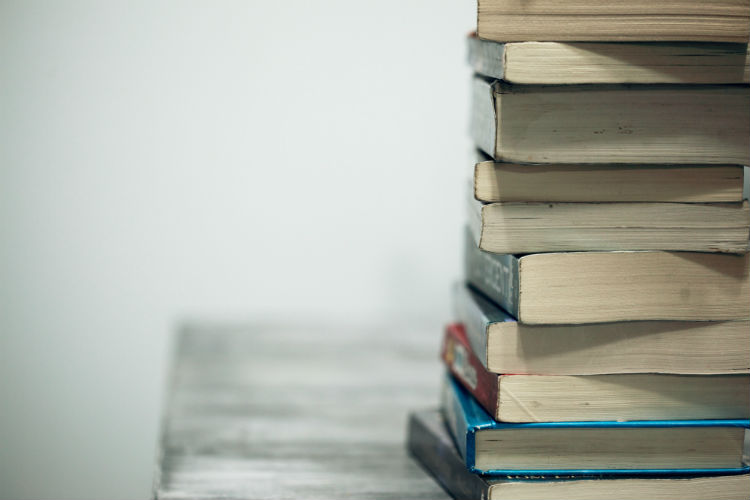 The Kindness of Strangers: Travel Stories That Make Your Heart Grow – Multiple Authors

Featuring a collection of short stories written by accomplished travellers and adventurous souls, The Kindness of Strangers includes daring journeys, rescues, challenging terrains and how travel opens our minds to the world.

Including authors such as Sarah Outen, Benefict Allen, Ed Stafford and Al Humphreys enjoy learning of these snippets of travel which will restore your faith in the world and revel in the kindness of strangers. All royalties from the work also go directly towards Oxfam’s work with refugees so you get the feel good factor while reading too!

An in-depth look at the world around us at how we observe nature, beauty and space, Alys Fowler tells an emotional journey beginning with her taking an inflatable kayak to the waters of Birmingham’s canal network and sailing alongside pike, kingfishers and her own mind.

Looking beneath the surface, Fowler offers an inspiring and honest account of the natural world and the beauty that lies beneath. It spins a tale of fluidity, discovering unknown horizons and coming out as a gay woman.

‘She writes wonderfully about the species that have carved out a place for themselves amid the discarded shopping trolleys, condom packets and industrial waste.’ – The Guardian

‘An emotional and compelling memoir, that left me inspired, both by her bravery in transforming her life, and by the unexpected beauty she finds along the way.’ – Countryfile Magazine

Are some of these already on your reading list? Have you already picked your next holiday must-read? Let us know in the comments below!

Gallery image with caption: Brexit: How will it affect my cruising holiday?

Gallery image with caption: What is a repositioning cruise?

Gallery image with caption: From booking to embarking: How to get the best value for money on a cruise ship?