A partnership that seems strange at first but makes perfect sense, Cirque du Soleil and MSC Cruises have worked together since 2017. The partnership has since flourished into exclusive shows, extraordinary experiences, and unbelievable acrobatics.

Our expert cruise journalist, Sara Macefield, recently got the chance to experience these shows up close and chat with the Creative Team about the process behind the scenes.

I feel as though I’m floating through a bizarre marine world of luminous sea nymphs, swimming frogmen and jiggling poms poms. The music is jaunty, the colours are paintball bright and the acrobatics are jaw-dropping.

It can only be Cirque du Soleil, and my chance to savour a slice of its trademark quirkiness comes aboard MSC Cruises’ newest ship MSC Bellissima, where the entertainment group’s two newest shows are being debuted.

With any Cirque du Soleil performance, there is always a strong frisson of expectation among the audience and it’s no different with Cirque du Soleil at Sea which brings the weird and the wonderful to life on selected MSC ships thanks to its partnership with the line.

Even the venue, the Carousel Lounge – which was specially-designed for the shows – makes the perfect showcase. 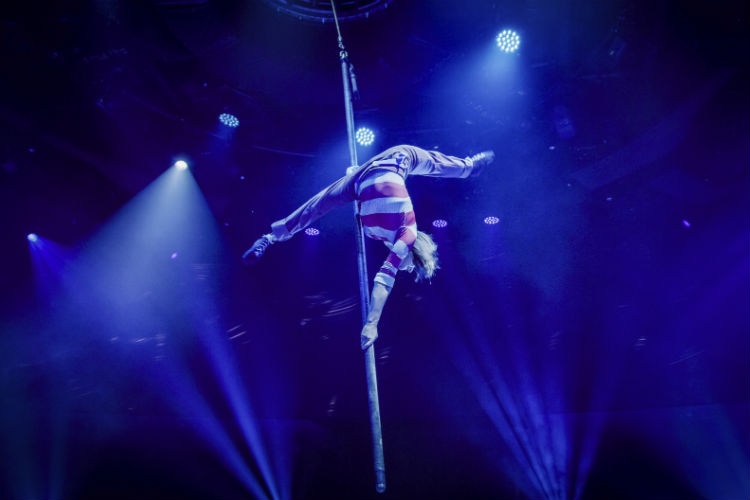 Audiences can enjoy two different productions during their cruises. Syma was my favourite with its classic shipwreck tale of mysterious sea creatures, island-dwelling tribes and psychedelic flower-power routines, all pepped up with the amazing acrobatic displays for which Cirque is famed.

Varélia is the classic princess love story, albeit with the offbeat twists that Cirque adds to storylines, resulting in a creative and colourful spectacle that is so wonderfully choreographed, it leaves me wanting to come back for more.

Interview with the Creative Team

MSC Cruises unveiled its ground-breaking partnership with the world-famous Cirque du Soleil in 2017 for the launch of MSC Meraviglia, which was its first ship to stage the entertainment company’s innovative shows.

Under the banner Cirque du Soleil at Sea, the partnership expanded with the launch of MSC Bellissima in March which debuted two more productions – Syma and Varélia.

How did the partnership with Cirque du Soleil come about?

The inspiration came from MSC chairman Pierfrancesco Vago who wanted to bring a different style of entertainment to the line’s new ships. Having travelled to Las Vegas to see Cirque’s live shows, he approached the company and they worked together to design an onboard venue – the £17 million (€20 million) Carousel Lounge – according to Cirque’s specifications with a circular rotating stage, high-spec lighting, sound systems and complex rigging.

How do Cirque du Soleil at Sea shows differ from those on land?

Productions are shorter, at around 40 minutes, as there is no interval. There are two performances on six evenings, with the first including a pre-show dinner costing 35 euros, and the second one aimed at an after-dinner crowd with speciality cocktails costing 15 euros. The biggest plus is the intimate feel of the Carousel Lounge, which accommodates just over 400 guests, and the close proximity of performers who are just a metre or so away from passengers lucky enough to bag a front row seat. 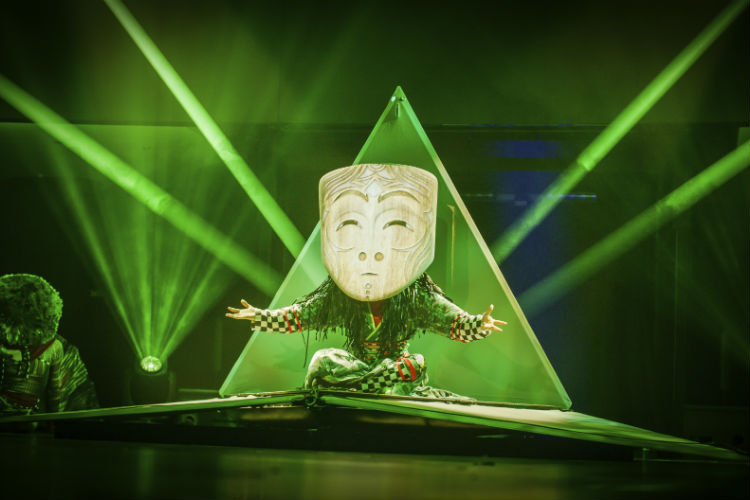 What challenges were there in bringing the shows to the sea?

What is the creative process that goes into devising the shows?

The Cirque team builds upon original ideas that have a clear narrative, with designers bringing them to life with storyboards and videos, along with costumes, special effects and music. “We create each ingredient separately and then assemble them and let it all sink in,” explained stage director Benjamin Dupont. “It takes about a year for a project like this, from the original ideas to the premiere.”

Are the performers from the same teams we would see on land?

Each show has its own cast, who are on six-month contracts and recruited specifically for that production. Out of the 27-strong crew on MSC Bellissima, there are 16 performers from nine countries, plus technicians, wardrobe assistants and a physiotherapist. 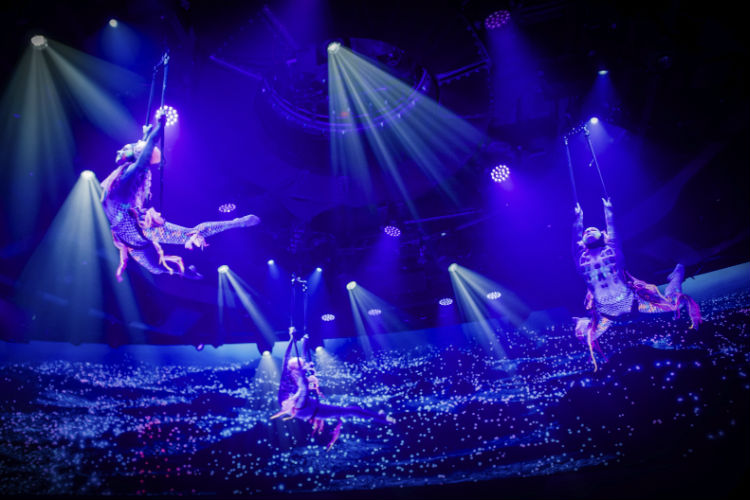 Who designs the costumes for the shows?

There are 275 costume pieces for MSC Bellissima’s two productions which were made by hand at Cirque du Soleil’s base in Montreal, also the venue for preliminary rehearsals before the artistes transferred to the ship two months before its launch.

How do performances differ at sea compared to on land?

As shows are performed when the ships are at sea, balance is one of the main challenges as even the ship’s general movement can affect how performers walk. While this places constraints on some routines, aerial acts are less impacted as it can be easier to swing with the ship’s movement. However, performers have different scenarios planned, depending on how sea conditions impact stability.

Will the Cirque shows on MSC Bellissima be rolled out across the MSC fleet?

They are restricted to MSC’s four newest Meraviglia-class ships that have the Carousel Theatre. Having debuted on MSC Meraviglia and now launched on MSC Bellissima, there will be another two shows each on MSC’s next ships, MSC Grandiosa, which launches in November, and MSC Virtuosa which debuts in late 2020.

The two shows on each ship are exclusive and not staged anywhere else. With four productions already in operation, the challenge for Cirque du Soleil at Sea is devising four more shows that will be suitably different in content and style.

The shows are a remarkable experience for all ages to enjoy and a perfect excuse for a night (or two) in front of the stage! If you would like to see our latest sailings aboard the ships which these shows are exclusively being shown, click the buttons below for more information.

Gallery image with caption: How To Spend Your Days At Sea