I’ve cruised with my husband before we had kids, and without a doubt, they were our best holidays ever. Fast forward three years and we find ourselves with a two-year-old and a six-month-old about to embark on a cruise ship for the first time in what seems like forever.

To cut a long story short, we all had an amazing time on-board MSC Preziosa. But, as anyone with kids will know, travelling as a family can take a bit more preparation than travelling as a couple. So, here are some handy things that I learned during our cruise with the kids. 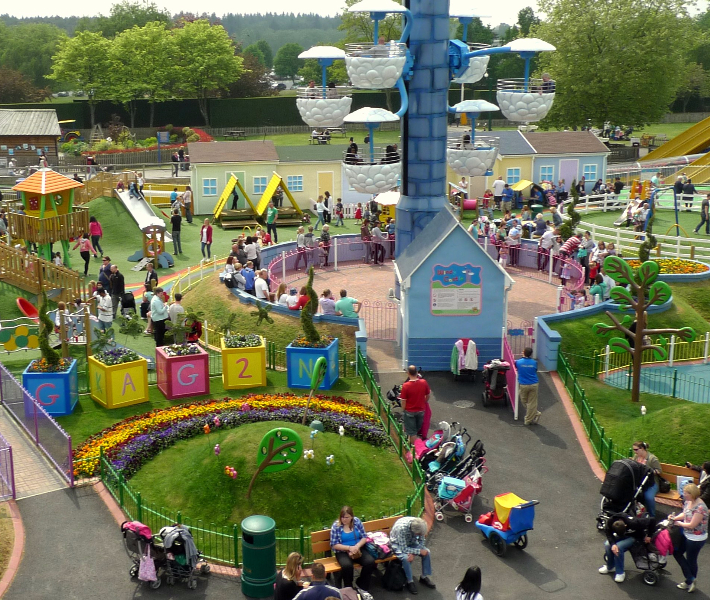 First things first, the most important item on our two-year-old’s agenda – going to see Peppa. The day before our cruise we visited Peppa Pig World, which is part of Paulton’s Park. The theme park is really close to Southampton and the ideal place for anyone with young children to call at either before or after a cruise. Paulton’s Park isn’t just for Peppa fans – it is great for older kids too. It is absolutely huge and has some really good rides for everyone to enjoy. 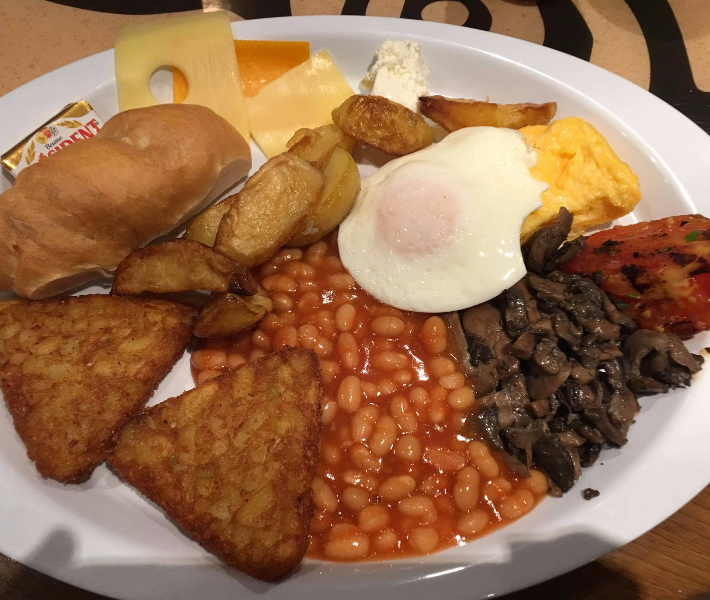 My kids have a habit of not eating on holiday. Not so long ago our two-year-old went for four days on nothing but grapes. So for us, it’s important that there is plenty of choice for the kids. We are also vegetarians, so that can add to the challenge. However, we needn’t have worried. The buffet was huge, with plenty for everyone to enjoy, particularly at lunchtimes. It was great to introduce our 6-month-old to things he had never tried before, even if he did throw most of it on the floor! 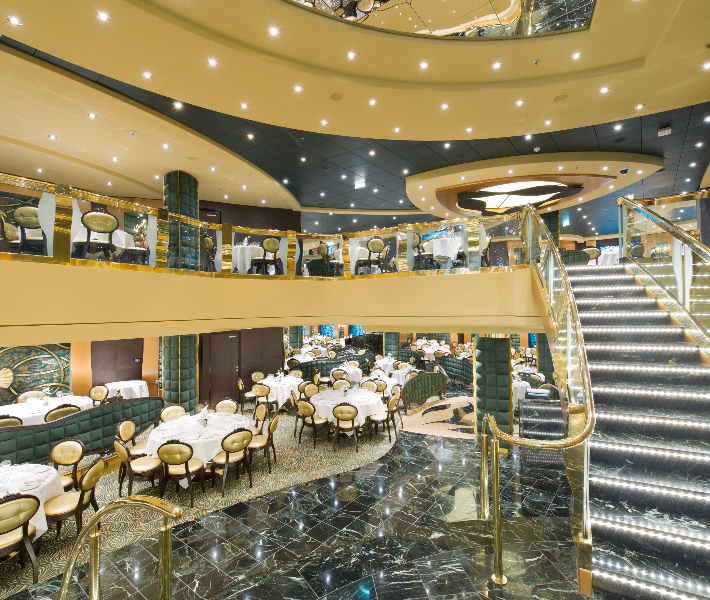 The main restaurant on-board MSC Preziosa was stunning – really swanky. It was a bit daunting taking a baby and a toddler into such a nice place, but our waiter, Tri, soon put us at ease and the other diners were lovely. There were two kids’ menus – one for six to 12 months and one for 12 months plus. The staff were also happy to make adjustments to this for us, such as making a smaller portion of something from the main menu. Tri was great, always greeting the children by name and making origami animals for our toddler to play with during dinner. 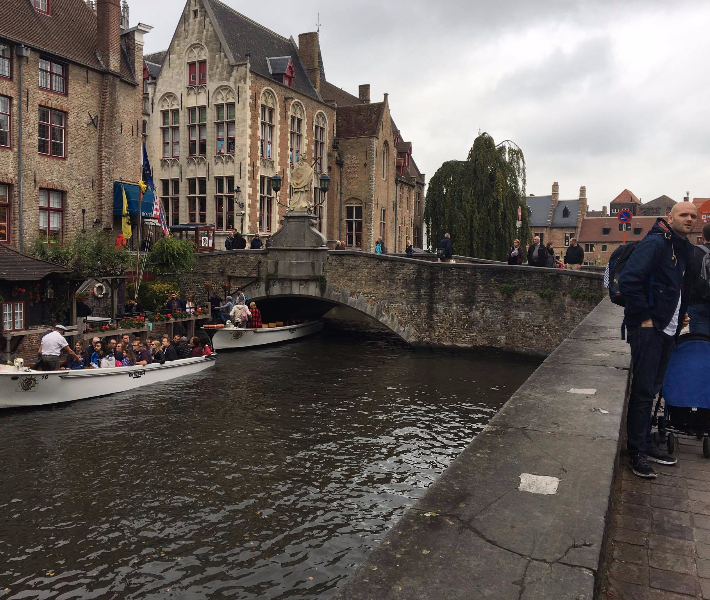 We opted to leave our huge double pram at home and instead took a single buggy and a baby carrier. This was definitely the right choice for us – other people with side-by-side doubles found that they couldn’t unfold them in the corridors by their rooms as linen carts and trolleys often blocked the way. They had to carry the pram folded until they got to the lift area.

We borrowed a second buggy from the kids club of the ship – this free service was fantastic and meant that we didn’t often use the baby carrier as the kids then had a pram each. The only downside was that it didn’t come with a rain cover so our toddler got absolutely soaked during a day out in Hamburg. Luckily she didn’t mind too much. 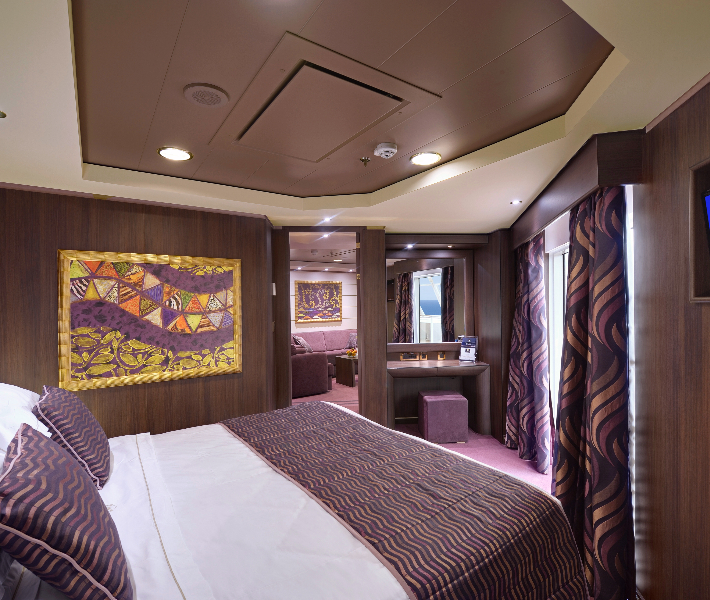 We opted for an inside stateroom. I was a bit intrigued to see how we’d all fit in there, but it was actually really spacious. When we arrived I was shocked to see there was a double bed and two bunk beds that fold out of the ceiling above – not ideal for a baby and a toddler! However, after a quick trip to guest services, someone came with a travel cot and put up a guard rail on one of the bunks so that our toddler couldn’t fall out. She actually loved it and said that it was just like Peppa Pig’s camper van.

We were pleased to find a kettle in our room. This made the task of preparing milk for our six-month-old much easier. I was expecting to use the hot water in the buffet area, so having a kettle in the room was a nice surprise. 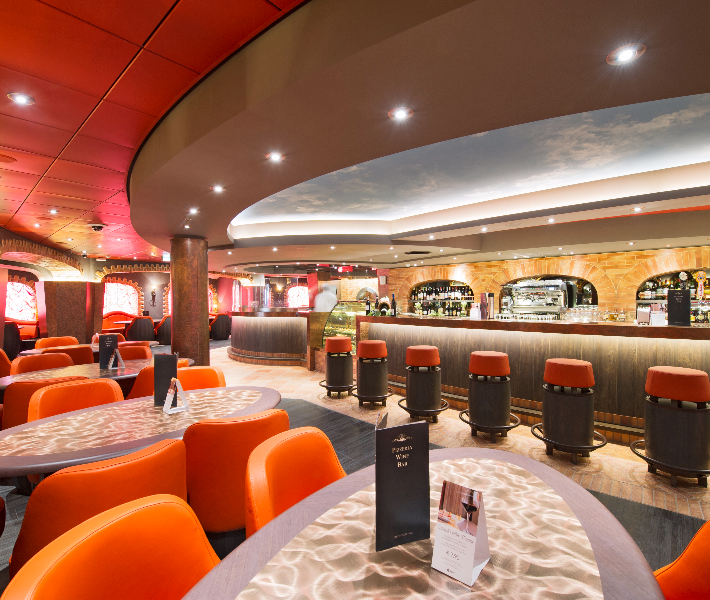 We purchased an all-inclusive drinks package for £20 per person per day and found it to be excellent value for money – much cheaper than some other cruise lines. Cocktails were about £7 and a pint of beer about £4, so it is really easy to get your money worth on-board. Children under three don’t need to buy a drinks package, so we didn’t get one for Leonie. However, every time I went to the bar I ordered three drinks and nobody seemed to mind. 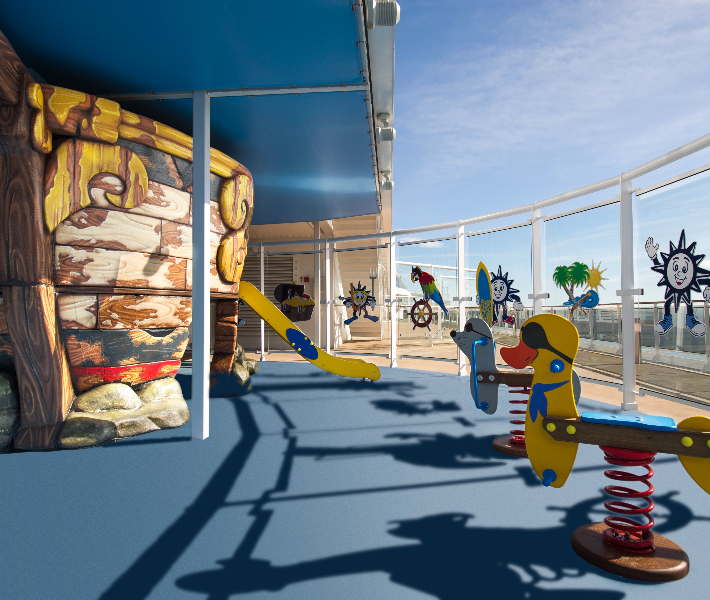 There was a kids club on-board where you can leave one and two year olds for an hour at certain times. (Older kids can stay all day). Our toddler had a great time and seemed to come back with free gifts each time including a t-shirt that changes colour in the sun and a pair of fairy wings! For babies under one, parents can accompany children to play with the baby toys, but you can’t leave them there. 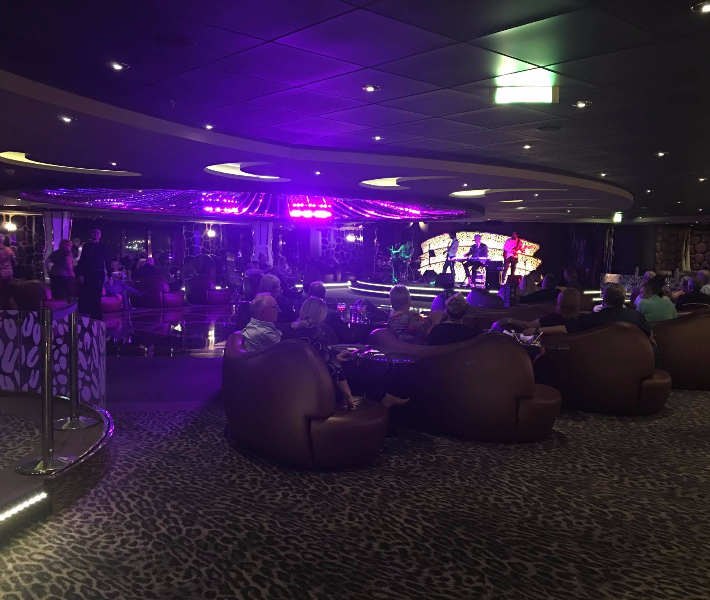 We all really enjoyed the stage shows. The dancers, singer and acrobats were so good that the children had no problem sitting and watching the shows for an hour. Our little girl’s favourite performers were the ‘bendy ladies’, so much so that she decided that is what she wants to do when she grows up. 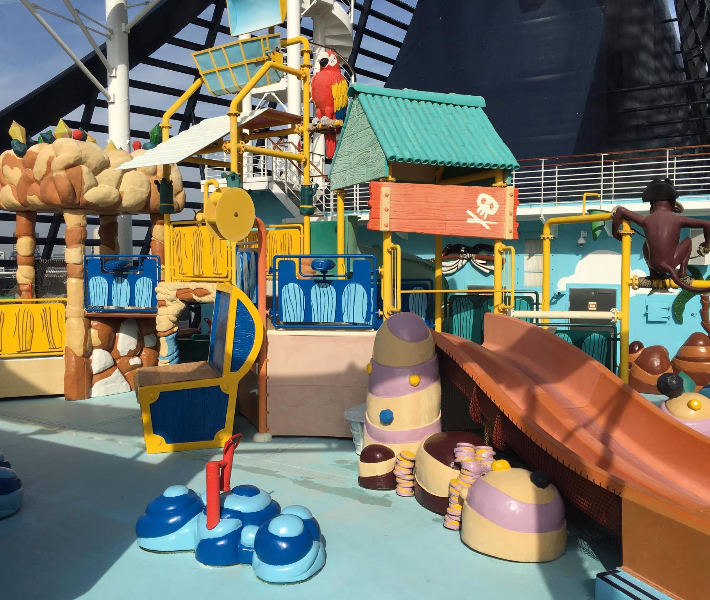 MSC Preziosa has an amazing kids’ waterpark. However, it only opens in good weather, so we didn’t get to use it during our late September trip around Northern Europe. I can imagine that it would be a wonderful place to enjoy during the summer months or in a warmer destination. 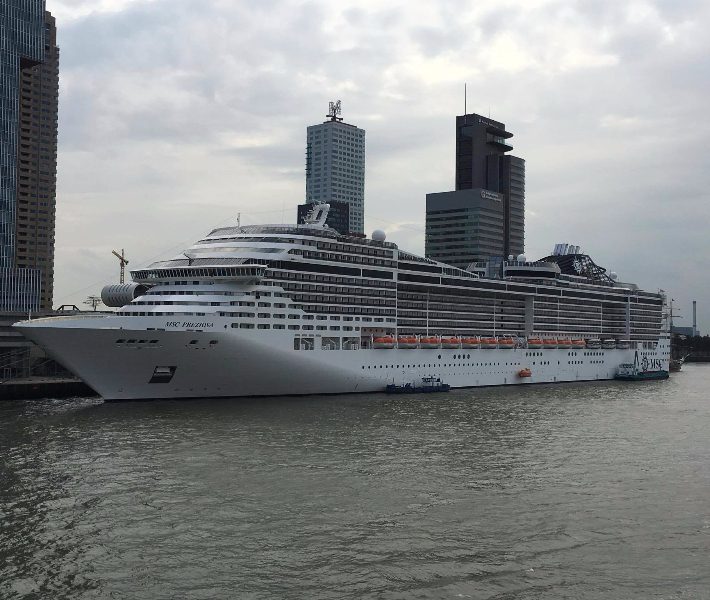 To summarise – MSC Preziosa was a great ship for anyone travelling with babies or toddlers. Granted, it doesn’t have the climbing walls, ice rinks and zip-wires that you will find on some larger ships. But if you are travelling with under threes, you won’t have time for all that anyway.

If you fancy sailing on-board this stunning ship, give our Cruise Concierge team a call on 0808 1234 118 for expert guidance and assistance on your booking.

Jenni Fielding
Jenni has been working in the travel industry for over 10 years. She fell in love with cruising on her first-ever cruise, a Caribbean cruise on Allure of the Seas, during her honeymoon in 2013. Nowadays, Jenni enjoys cruising with her husband and two young children and loves to write about family cruising. Her favourite ships are family-friendly megaships which are packed with exciting facilities. She loves sea days and had been known to skip port visits to spend more time on the ship!