The magical isles that arc across 1,500 miles of the Pacific Ocean are sensuous and surreal. Each Hawaiian island is unique, but all are stirred by trade winds and scented by frangipani, illuminated by flaming sunsets and caressed by silvery moonrises.

Nature has bestowed a romantic bounty; but it is the charismatic islanders who have instilled music, dance and an irresistible charm. 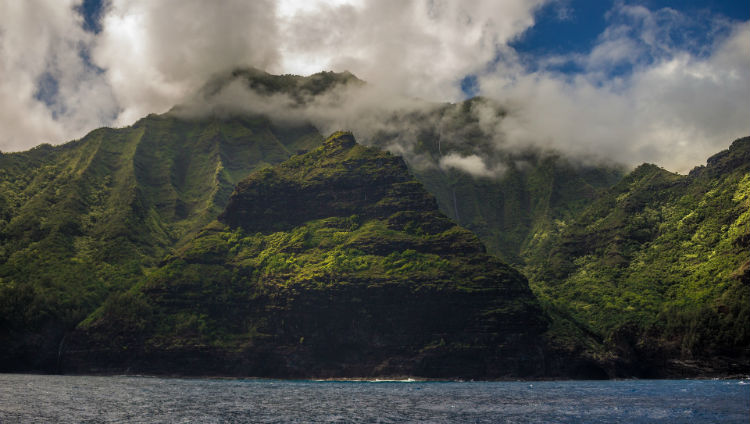 Hawaii is America’s answer to our Mediterranean; the very name has become a mantra for romantic escapes. Legions of American holidaymakers head to the islands intent on imitating the stereotyped Hawaiian image of a half-naked hula-dancer cradling a ukulele in the moonlight under a swaying palm. Brits have a more simple purpose in visiting this tropical archipelago of myths and legends; for the Aloha State is an undiscovered Eden with scenery unlike anywhere else in the world. And there is no better way to lap up the year-round sunshine and seductive facets of this cornucopia than a cruise.

So popular have these islands become since Norwegian Cruise Line started sailings in 2002, that this enterprising line has deployed their 2,146-passenger Pride of America to offer weekly round-trip sailings, which visit four islands in seven days all year long. Home-porting in Hawaii on Oahu, these Saturday departures visit Kahului on Maui, Hilo and Kona on Hawaii and Nawiliwili on Kauai. 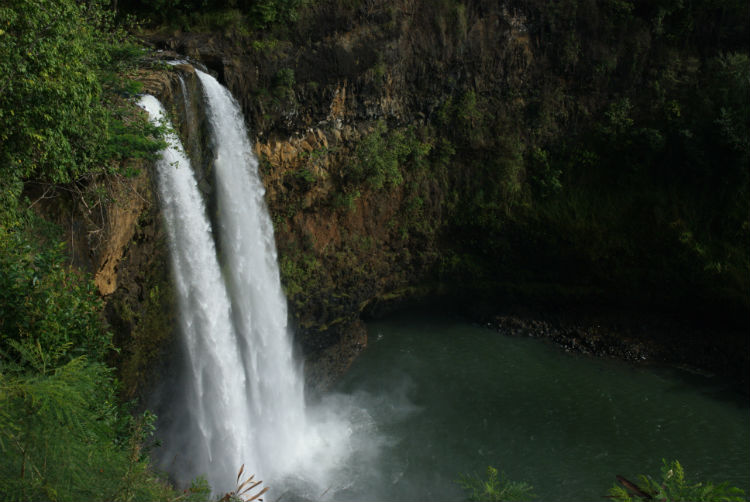 Many other major lines offer a series of Hawaiian cruises which depart from US west coast ports as well as Vancouver. These include: Carnival Cruises, Celebrity Cruises, Disney Cruises, Holland America Line, Princess Cruises and Royal Caribbean. Due to the distances involved these cruises are of longer duration, usually around two weeks.

Whichever way you look at it, from a British perspective the Hawaiian Islands are on the other side of the earth. Any journey there is well rewarded but involves a ten-hour time change and a considerable deal of flying. A wise option is to break-up the journey with a stopover in San Francisco, Las Vegas or Los Angeles – an ideal contrast to the paradise islands of the Pacific.

Hawaii Five-O and all that

Oahu was once the gathering place of Hawaiian royalty; today the capital is the crossroads of the Pacific. Here, visitors can stroll along the famous beaches of Waikiki watching world-class surfers in action or marvel as the setting sun cloaks the dormant volcanoes of Diamond Head and Koko Head in a fiery glow. There’s the chance to discover 2,000 years of Hawaiian history at the Bishop Museum; more recent history is extolled at the Arizona Memorial at Pearl Harbour. Other excursions include the Polynesian Cultural Centre; a submarine dive on board Atlantis; and an encounter with dolphins at Sea Life Park.

Maui is known as the Valley Isle. In Hana there’s the chance to experience a true taste of old Hawaii. Excursions, some by helicopter, visit the old whaling town of Lahaina and Haleakala National Park – with its 10,023-foot volcanic crater – considered by Hawaiians to be the most sacred place on earth. Other tours include the Tropical Plantation and Maui Ocean Centre; the beautiful Iao Valley State Park; humpback whale watching; or indulging in some lotus-eating on the incomparable Ka’anapali Beach.

Kick back in Kauai 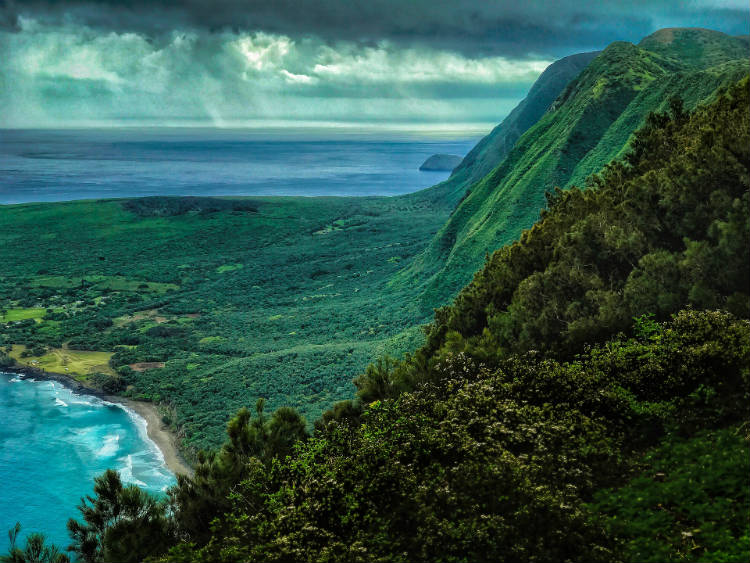 The Garden Isle of Kauai belongs to the tropics of the imagination. It’s little wonder this was the location where Steven Spielberg filmed Jurassic Park. Here visitors find a paradise of towering ocean cliffs and impossibly green valleys, pristine rainforests and cascading waterfalls. There’s the chance to take a helicopter flight over Waimea Canyon; the valleys and cliffs of the Na Pali Coast; the Valley of the Lost Tribe; and the wettest spot on earth – the Waialeale Crater. Other tours include a kayak ride along the upper reaches of the famous Wailua River, past the Uluwehi Falls; or Lumahai Beach and Bali Ha’i Mountains – made famous in the musical ‘South Pacific’.

Larging it on the Big Island

Hawaii, also known as the Big Island, is a land of rare beauty and wonder. Here the snow-capped peaks of Mauna Kea and Mauna Kea rear up from black-sand beaches and orchid-filled forests. There’s also the chance to snorkel in the giant tidal ponds of Lava Tree State Park, experiencing some of the most extensive and beautiful coral gardens in the world; or a walk through the botanical garden, home to indigenous plants and giant trees.

With its fiery landscape, Volcanoes National Park is like a scene from a land time forgot. Kilauea is one of the most active volcanoes on earth and has been continuously erupting since 1974. Adrenalin-junkies can climb aboard a helicopter for an aerial tour of the large summit caldera and its central crater – Halemaumau – which is almost constantly erupting from vents along two elongated rift zones which extend to the sea on both sides of the volcano. According to Hawaiian legends, this is the home of the fire goddess, Pele. There are few entries in the roster of cruising more awe-inspiring than a voyage around the Hawaiian Isles.

Gallery image with caption: The Best Cruises For Teens

Gallery image with caption: Which UK ports can you cruise from?