Warning: count(): Parameter must be an array or an object that implements Countable in /var/www_blog/advice.cruise118.com/htdocs/wp-content/themes/crusie118-cruise-advice/library/metabox/init.php on line 714
 Iceland’s wild side makes it a hot choice

Remote, rugged and starkly beautiful, Iceland is a country where nature unashamedly calls the shots, and a cruise is one of the best ways to see it.

Visitors can taste true wilderness at its most unadulterated in a tempestuous landscape that beats to the island’s volcanic pulse with steaming hot springs, vast smouldering lava fields, explosive geysers and rumbling volcanoes. At the other extreme are vast glaciers stretching like icy blue tongues that painstakingly creak and groan through jagged snow-covered mountains on their way to the ocean.

Such compelling contrasts have given rise to Iceland’s reputation as the Land of Fire and Ice, but its location on the outer extremities of the Arctic Circle also define the country as the land of light and darkness, as it plays host to the Midnight Sun during the long lingering days of summer and the spectacle of the Northern Lights as they dance through winter night skies.

Throw in the profusion of wildlife attracted to Iceland’s pristine land and seascapes, the crisp clean air, and vast tracts of remote awe-inspiring wilderness, and it is easy to see why this under-populated country has become such a compelling addition to cruise itineraries. 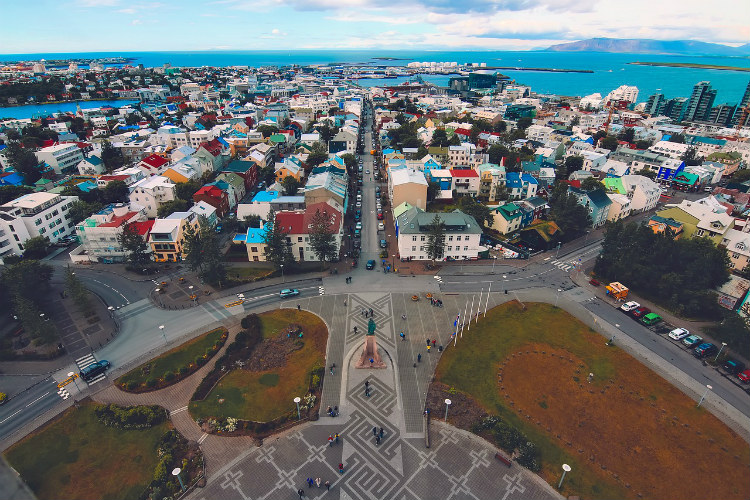 At Iceland’s heart lies Reykjavik, a city like no other. Not only does it hold the crown as the world’s most northerly capital, but as Iceland’s cultural hub it bursts with quirky creativity flowing from a collection of high-brow museums and art galleries, lively nightspots and elegant boutiques.

Reykjavik can never match the grandeur of other Nordic capitals for imposing buildings as its style is more eclectic with a hotch-potch of different designs inspired by Norse roots and modern trends. With a population barely scraping 120,000, the city streets are refreshingly uncrowded and the centre is pleasingly compact, making it easy to explore on foot. 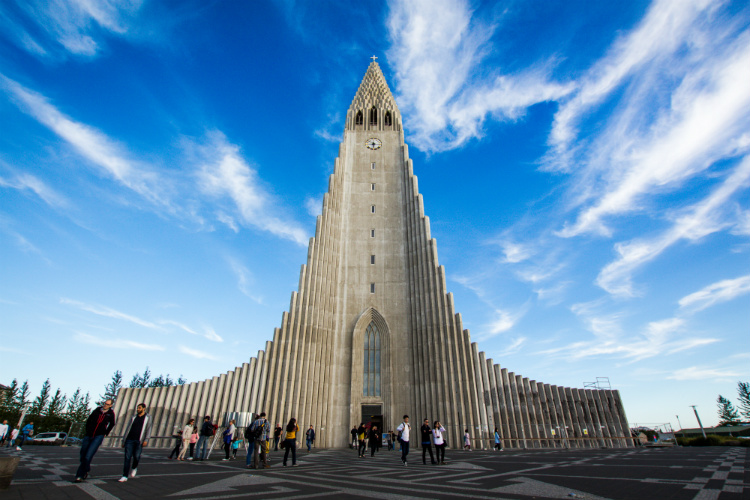 One of the capital’s focal points is the imposing Hallgrimskirkja church, all white concrete which towers on the skyline, while the charming old quarter is full of narrow streets lined with colourful wooden houses with tin roofs.

But the city’s key strength comes from its position as the self-proclaimed gateway to Iceland’s famously rugged hinterland, making it a springboard from which to explore the myriad natural attractions. 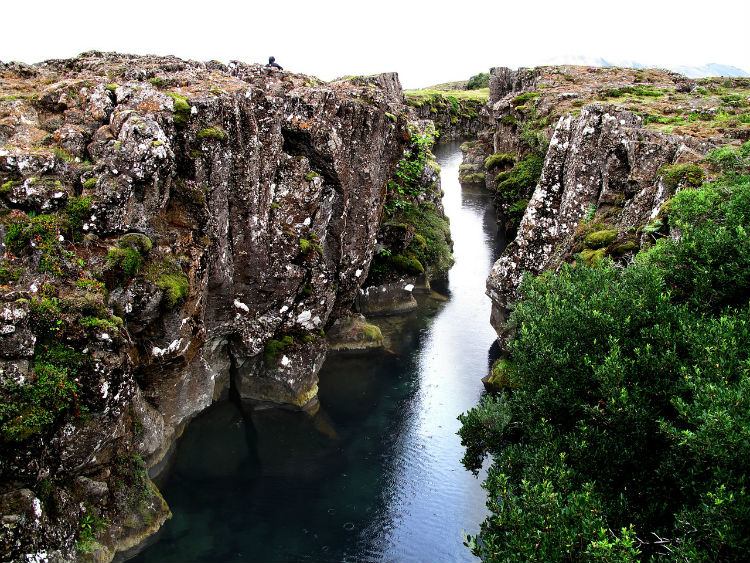 Countless lagoons, waterfalls and wide open spaces stretching as far as the eye can see add to Iceland’s appeal as an Aladdin’s Cave of natural thrills, but the most famous is arguably the geothermal Blue Lagoon.

Set among the lava fields of the Reykjanes Peninsula, its steaming mineral rich waters, reputed for their healing properties, are a tempting draw for those wanting to luxuriate in its steamy embrace.

But with this being Iceland, there is so much more to see – primarily its ‘big three’ natural wonders: the thundering waters and dancing rainbows of the Gullfoss Falls; the hot spring geyser geothermal area where columns of boiling water are thrown nearly 100ft into the air; and the Thingvellir National Park revered for its historic shrines and lava landscape, broken only by the rugged chasm walls of the Continental Divide where the tectonic plates of Europe and America meet. 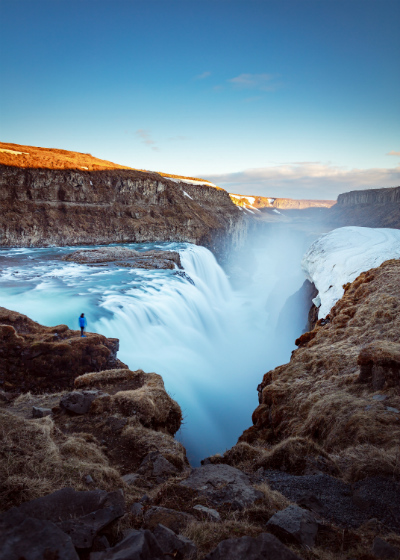 These sights are normally encapsulated on a so-called ‘Golden Circle Tour’, but those looking for a more rugged introduction to the wild hinterland can take exciting 4×4 adventures where custom-built ‘supertrucks’ charge along gravel roads past remote farmlands and up mountain slopes, giving passengers some of the best panoramic views of volcanoes and glaciers.

For a true icy experience, adventurers can climb aboard sturdy eight-wheel snow trucks to ride across the Langjokull Glacier, one of the biggest ice fields in the country, or zoom across the snowy landscape on snowmobile safaris.

Some attractions turn the spotlight on Iceland’s rich culture and colourful Nordic legends and none more so than the Vikingaheimar Viking World museum, which contains a striking full-size replica of a Viking ship, built by local shipbuilder Gunnar Eggertsson who sailed it across the Atlantic to the USA in 2000 during millennial celebrations marking Viking voyages to North America 1,000 years earlier.

With so many geothermal activities on land you could be forgiven for forgetting Iceland’s off-shore attractions, too. But the waters around this island (Europe’s second-largest after Britain) are so rich in marine life it has become the whale-watching capital of Northern Europe, boasting 12 to 15 species ranging from humpback and minke to blue and fin whales, along with orcas plus a rich array of birdlife including puffins, Arctic terns and sea eagles.

Iceland has become something of a hot destination for European and polar regions cruises in recent years, increasingly appearing in itineraries that also take in the Norwegian fjords, the British Isles, Northern Europe and Greenland. Some sailings also call there en-route to or from Canada or the Eastern Seaboard of the USA, while others combine it with Arctic cruises to the Svalbard Archipelago.

Most cruises generally depart from various UK ports or European alternatives such as Hamburg or Amsterdam, while Norwegian specialist line Hurtigruten offers sailings that start in Reykjavik, calling at several points around the island before sailing northwards to the Arctic, or voyages that circumnavigate the island, with stops around the coastline.

Iceland cruises run from May to October, with the summer months the most popular and the period between mid-June to mid-July enjoying almost perpetual daylight from the Midnight Sun.