Warning: count(): Parameter must be an array or an object that implements Countable in /var/www_blog/advice.cruise118.com/htdocs/wp-content/themes/crusie118-cruise-advice/library/metabox/init.php on line 714
 Must-See Middle East Architecture - Cruise118.com Advice

A balance between contemporary and ancient designs, modern styles and early religious connotations, the Middle East is home to some of the world’s finest architecture. 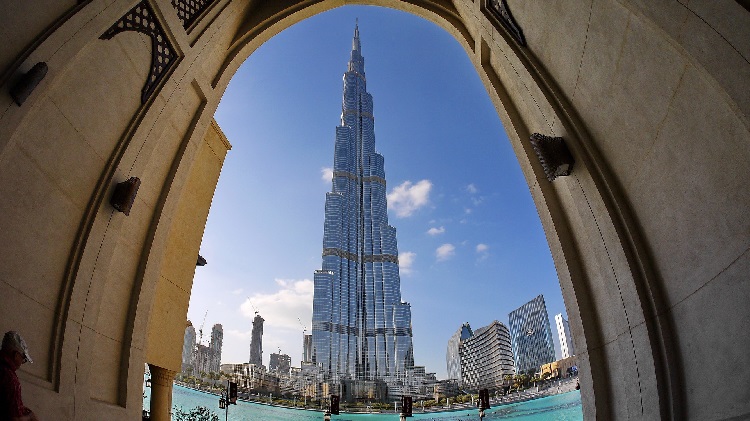 The world’s tallest structure, measuring a sky-scraping 2,723 ft from the ground level to the tip, the Burj Khalifa is a phenomenal building to see in the Dubai skyline. Featuring a triple-lobed footprint inspired by the regional desert flower, Hymenocallis, the three wings symbolise petals growing from a stem. This floorplan, designed by architect Adrian Smith, maximises the views of the Arabian Gulf and allows natural light to come flooding in, making the panorama even more dramatic. 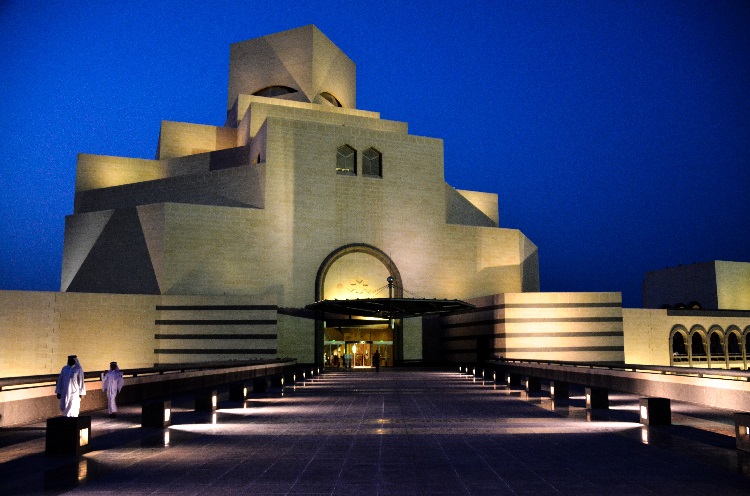 With the main building set on an artificial peninsula, the Museum of Islamic Art is a beauty to behold. Designed by world-renowned architect, I.M. Pei, the building is a perfect mix of modernist and cubist themes with influences taken from ancient architecture.

The limestone wall’s sharp edges capture the light and shade of the building, while the theme of geometric patterns continues into the entrance hall. Here, a curved double staircase leads to the first floor which is overlooked by a spectacular circular chandelier.

Dome on the Rock, Jerusalem 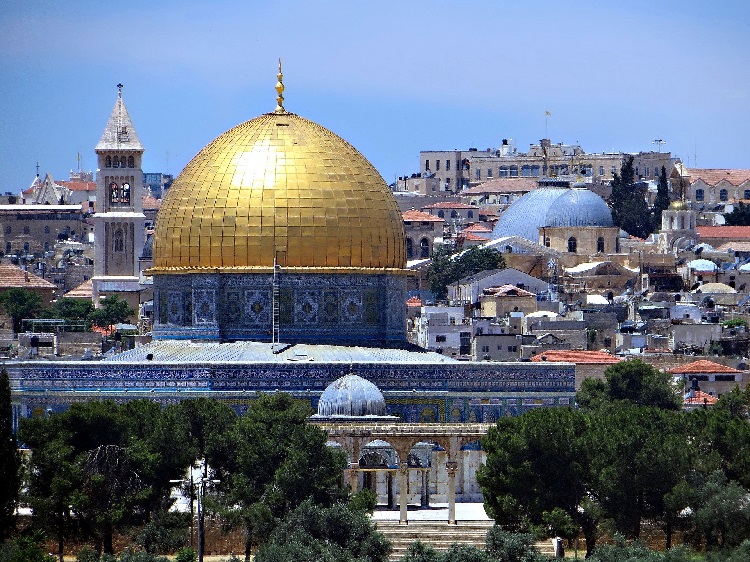 A shimmering landmark in the sacred destination of Jerusalem, the Dome on the Rock is the oldest Islamic monument, designed as a shrine for pilgrims. Its golden-domed rooftop is the defining feature made of copper and aluminium then covered in gold leaf, a shining symbol of Muslim history and religion.

Umayyad caliph, Abd al-Malik, wished the building to be a symbolic statement to other faiths, with inscriptions dotted around the inside of the dome. Floral decorations in red and gold sweep around the interior, making it a wonderful building both inside and out. 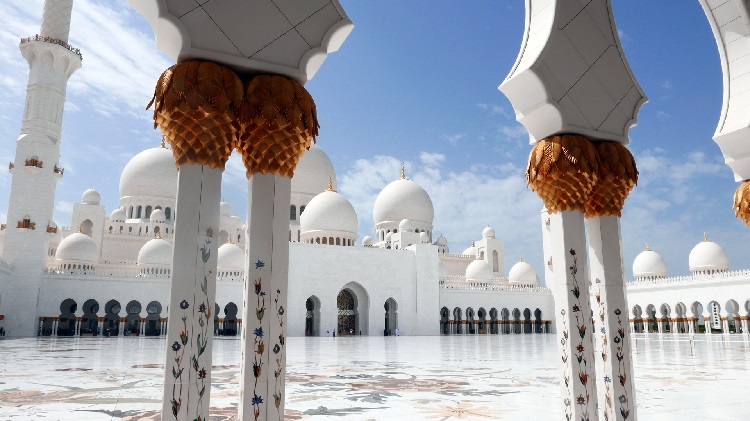 The lasting vision of the late, first president of the United Arab Emirates, the Sheikh Zayed Mosque is a marble masterpiece. Finished with Swarovski chandeliers, decorations inlaid with mother of pearl and home to the largest handmade carpet in the world, the mosque is a wonderful hint to the craftsmanship undertaken to finish this build.

96 marble pillars line the main prayer hall, where calligraphers supervised writings of verses from the Holy Quran as well as illustrations of unique plants which were exclusively designed for the mosque. 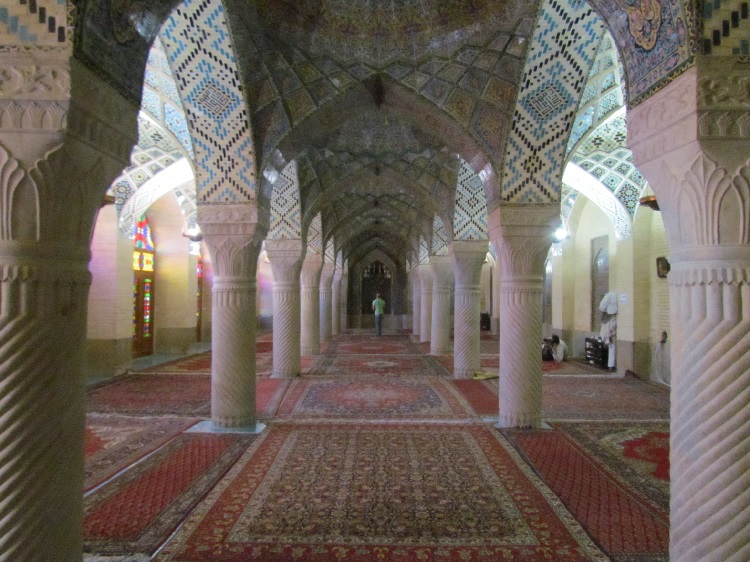 Built in the late 19th Century, Nasir ol Mulk Mosque was a 12-year-long project which revealed a magnificent masterpiece of design and colour. The stained-glass windows cast a rainbow of shadows on to the floor, each morning painting a beautiful geometric pattern in the sunshine. The architecture hints at the tile-making and shapes which flourished in the Golden Age of Islam, from its archways to the floor tiles.

With elaborate designs and stunning structures, the Middle East is not short on its dose of beautiful buildings. Colourful carpets and decadent décor can be seen almost everywhere throughout the region, making it a must-see destination for architecture lovers.

Have you visited any of these landmarks? Let us know using the comment box below!