Gibraltar is a proud slice of Britain at the end of the Costa del Sol, guarding the narrow straits that form the entrance to the Mediterranean. The scenery – a sheer-sided hulk of limestone, 1,400 feet high and riddled with caves – is dramatic, the town huddled around its base, much of it still enclosed by the original Moorish fortifications. 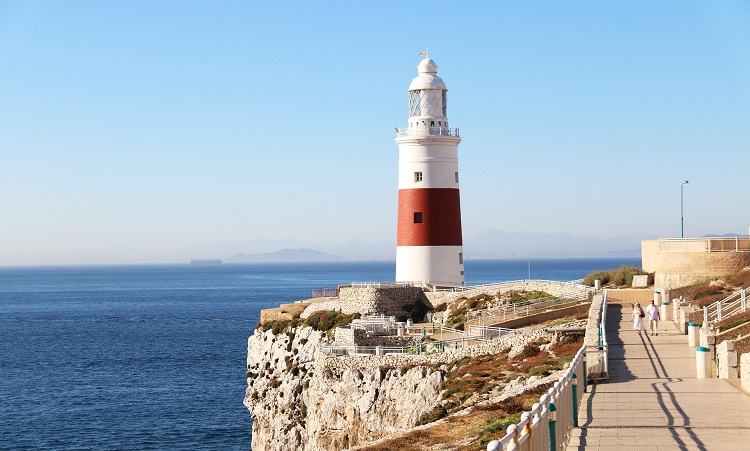 Gibraltar has a long and complex military history, thanks to its strategic position, but for many visitors, the appeal is in the familiarity of the pubs, the duty free shops along Main Street, and the fact that the pound is accepted here. Gibraltar’s culture is a unique mishmash of British and various Mediterranean influences and a day in port is just as likely to include scones and cream as it is tapas on a sunny terrace.

The cruise terminal is easily walkable from the town centre and there is plenty to see. A cable car whisks you up to to the summit of the Rock, with spectacular views on a clear day along the Spanish coast and across the Straits to Morocco. A colony of Barbary Apes lives here, not averse to stealing hats, sunglasses and ice creams from unsuspecting tourists. If you have a head for heights, walk across the Windsor Bridge, Gibraltar’s newest attraction – a 234-foot suspension bridge spanning a gorge that is 165 feet deep.

What’s inside the Rock is just as intriguing. St Michael’s Cave is a massive cavern, complete with stalactites and stalagmites, with acoustics suited perfectly to concerts; it is a popular cruise excursion. If you are interested in military history, visit the World War II tunnels. They were excavated during the war to create an underground city that could house an entire garrison and various displays take you back to the 1940s, when the whole civilian population had been evacuated. The visit is a thought-provoking and fascinating experience.

Thrill seekers could book a tour to Lower St Michael’s Cave, where you descend deep into the rock via a series of ropes and narrow ramps to an underground lake overhung with stalactites. This is a real adventure and you must book in advance with a local guide.

Gallery image with caption: Adventure is out there: Six locations that inspired great films