Warning: count(): Parameter must be an array or an object that implements Countable in /var/www_blog/advice.cruise118.com/htdocs/wp-content/themes/crusie118-cruise-advice/library/metabox/init.php on line 714
 Ancient History and Volcanic Beauty in Sicily | Cruise118 Advice

Criss-crossed through the ages by Greeks, Romans, Saracens and Byzantines, Sicily has so much of archaeological and historical interest that it could be a cruise destination in its own right; you could easily spend a week just sailing round the island and exploring. In reality, though, this rugged volcanic island (the largest in the Mediterranean), usually features on western Europe cruises, some calling at multiple ports and others focusing on big-hitting destinations like Messina and Palermo. 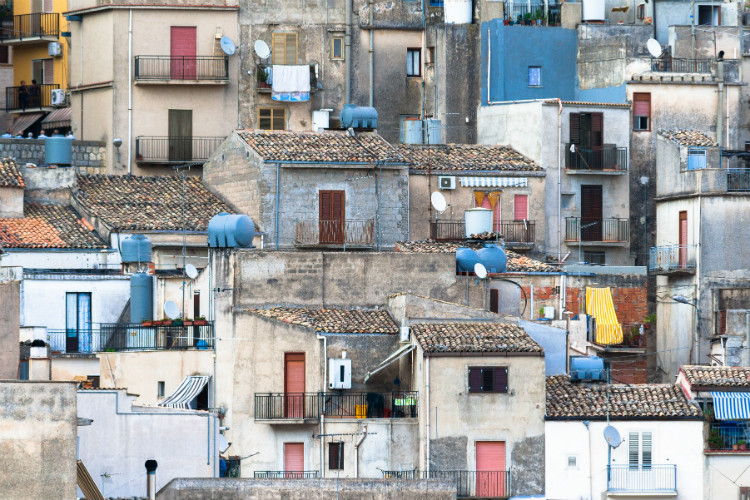 Sicily conjures up a wide variety of images, not all of which make the islanders happy. It was the original setting for the iconic trilogy, The Godfather, and while it’s not the done thing to ask local people about the Mafia, you could hop on one of the excellent Godfather tours from Taormina, visiting some of the locations in the film. In the village of Savoca, the setting of the Bar Vitelli featured in the first film, released in 1972, you could still bump into locals who acted as extras. 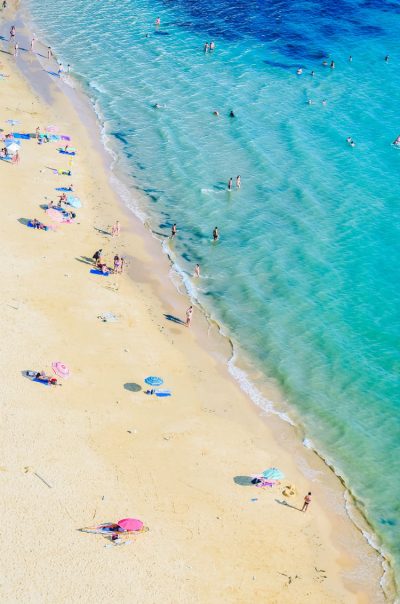 Stair of the Turks

Godfather aside, Sicily is famed for its fiery volcano, Etna; its magnificent antiquities; its own take on Italian cuisine (you haven’t lived until you have tried cannoli: a tubular biscuit filled with sweet, creamy ricotta) and its excellent wines. Gelato has been around here since Roman times, when snow from Mount Etna was flavoured with honey and nuts, and a creamy ice cream in a brioche bun is a Sicilian classic. But the island is different from the mainland. While Florence is chic, Venice moodily atmospheric and Rome grand and elegant, Sicily is more edgy and dramatic, in places slightly crumbling, but always surprising.

Taormina is one of the prettiest towns. Perched high on a cliff with a stunning backdrop of snow-capped Etna, Taormina is accessed either by coach from Messina or Catania, or, if you are on a smaller ship, from the resort of Giardini Naxos at the bottom of the hill, where smaller vessels can anchor and ferry passengers ashore by tender. The town itself is lovely, packed with patisseries and chichi shops along the Corso Umberto, with a spectacular Greco-Roman amphitheatre at one end, once the setting for gladiatorial contests, but nowadays, used as a venue for pop and classical concerts and plays.

Any of these three ports are also the jumping-off point for visiting Etna, depending on the volcano’s mood; if it is erupting you can’t get too close. It is, however, usually possible to get quite high up the mountain and experience the odd sensation of walking on paths carefully marked out across the warm lava.

Also accessible from Taormina is the wonderful Villa Romana del Casale, a fourth century hunting lodge displaying the most dazzling Roman mosaics imaginable; room after room in intricate detail of 2,000-year-old hunting scenes, including tigers and elephants, and the famous depiction of Roman girls in bikinis playing ball.

Read more about the Western Mediterranean 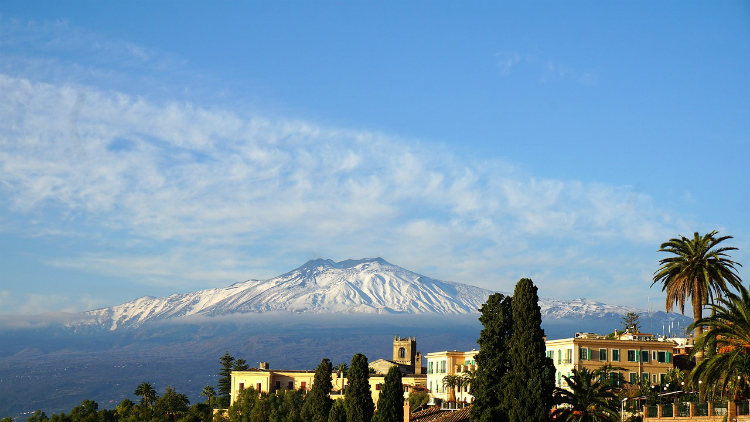 Syracuse, in the south-east, is another beautiful city packed with archaeological interest. Most tours include the vast Neapolis Archaeological Park, where one of the star attractions is a Greek amphitheatre carved out of solid limestone. The old sector of the city is actually located on Ortygia Island, separated by a canal from the mainland and is easy to stroll around, with pretty waterfront gardens, cobbled squares and elegant streets lined with ornate, if slightly shabby medieval and baroque palaces. Syracuse is slightly more off the beaten track than some of the other ports but is visited by several small and mid-sized cruise ships belonging to lines including Seabourn, Ponant, Silversea, Azamara and Star Clippers.

Trapani, meanwhile – a 13th century fishing port on the west coast – is the closest port to Segesta, with exquisite Doric temples, or the way into Erice, a medieval hilltop town reached by cable car. Several cruise lines call at Trapani, among them Fred. Olsen, Silversea, Regent Seven Seas, Azamara, Viking and Oceania. 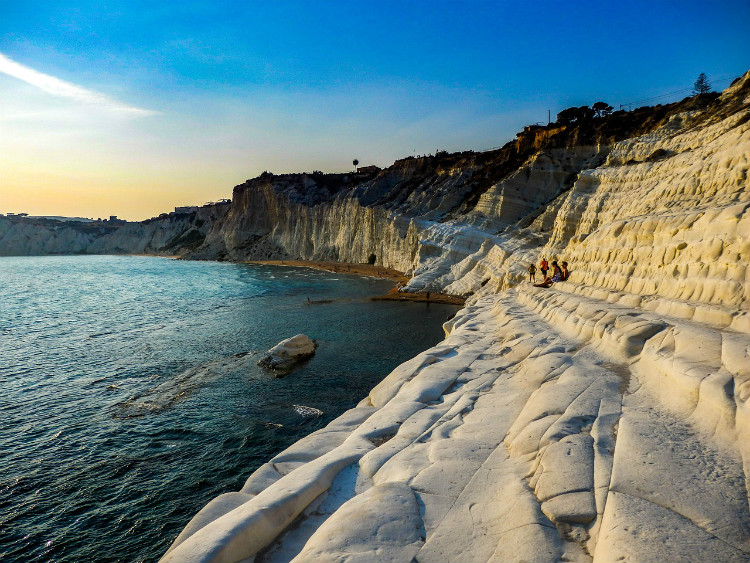 Palermo, on the north west coast, is Sicily’s capital and the busiest port, and has to be one of Italy’s most underrated cruise destinations, all wide boulevards and grand palazzi with the occasional bombed-out facades sandwiched between them, still waiting to be repaired seven decades after the war. Highlights include the dazzling cathedral, started in the 12th century, and the enormous Teatro Massimo, the third-largest opera house in Europe after Vienna and Paris, offering daily behind-the-scenes tours. Take time, though, to stroll around the city for designer shopping or al fresco lunch in a trattoria in one of the narrow backstreets. 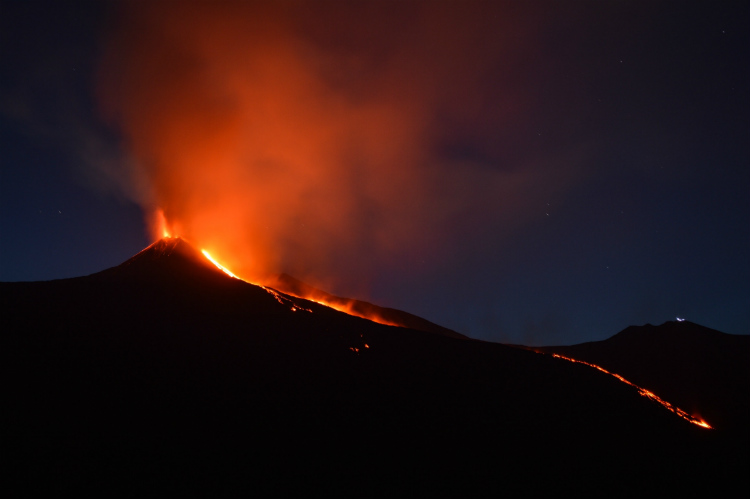 Finally (a real treat if you are on a smaller ship, like those of Windstar, Silversea, Star Clippers, Regent Seven Seas or Crystal’s tiny Esprit), is a visit to the dramatic Aeolian islands, scattered off the north coast. Ships call at Lipari, where you can stroll around the town, a popular holiday resort for Italians and one of the most famous spots for home-made gelato. The highlight is to sail past Stromboli at night. The volcano erupts continually, sending sparks into the sky and red-hot molten lava cascading down the cliff face into the water. It is a mesmerising and unforgettable sight on any Mediterranean cruise.

Would you like to experience the beauty of Sicily for yourself? Call our Cruise Concierge team on 0808 1234 118 to find your perfect Mediterranean cruise to Sicily, or click the button below to browse our best Mediterranean itineraries.