Throughout the world there are groups of islands caressed by gentle winds, ringed by white sandy beaches and glistening iridescent waters. But nowhere in the world is there a group of islands quite like the Spice Islands – 632 islands to the north east of Indonesia. Straddling one of the world’s most volatile volcanic belts between Sulawesi and New Guinea, the Moluccas (as they are known today) are blessed with pristine coral reefs, picture-perfect powder-soft beaches, limestone karst pinnacles and rugged, forest-clad volcanic mountains. 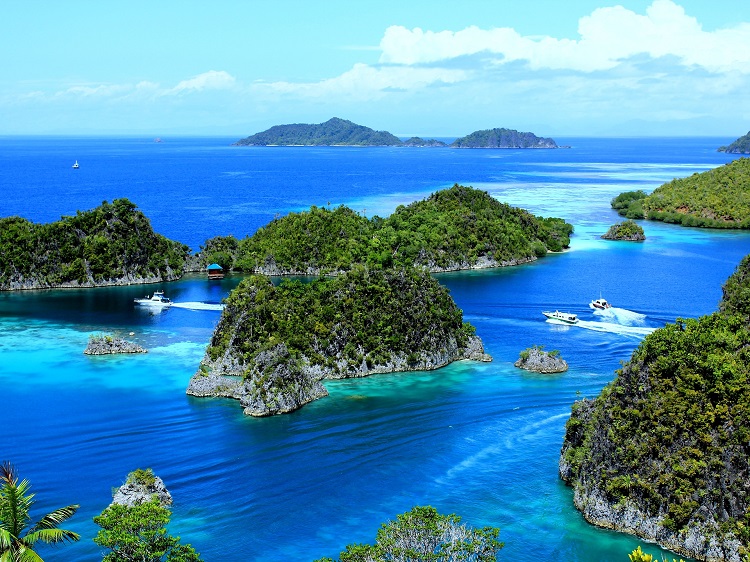 The islands of Raja Ampat

Back in the 16th century when mace, nutmeg, cloves and pepper were highly prized global commodities that grew nowhere else on earth, money really did ‘grow on trees’. Indian, Chinese, Arab and eventually European traders all ventured to the Moluccas in search of the valuable spices. They sparked European imperialism in the region and shaped cuisines worldwide.

Early maps of Indonesia showed the archipelago as the place ‘Where Dragons and Leviathans be’. Latter-day charts show these isolated seas as offering the ultimate in castaway living where expedition-style vessels can follow in the footsteps of the Dutch East India Company ships sailing around the Banda Archipelago. Any cruise through the crystal-clear seas to these exotic islands brings latter-day explorers face-to-face with villagers who have remained shielded from the outside world, and communities only now emerging into the 21st century.

Far from the madding crowd 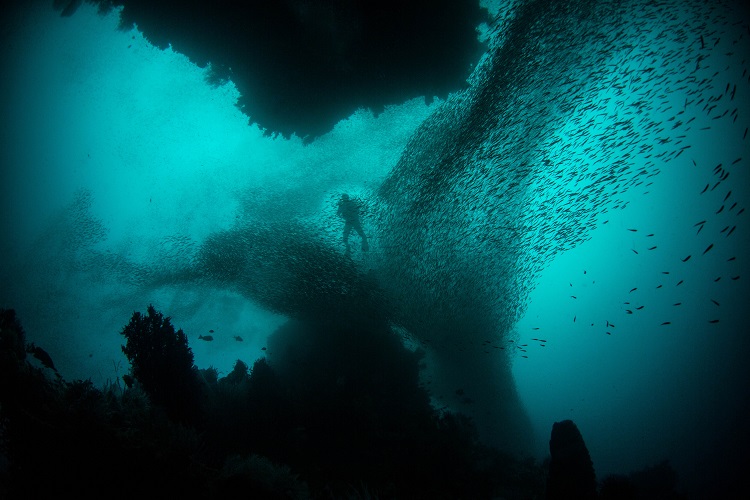 The fabled Indonesian vessels of the Spice Island trade routes were known as phinisi – two-masted, hand-crafted ketches constructed of ironwood and trimmed in teak and a gleaming red-hued wood called lengua. With their high prow and fore-and-aft rigging resembling Arabic dhows, these historic craft are still built by the legendary Bugis navigators of Sulawesi Island. Pairing an experience high on the luxury quotient with the allure of the destination, these phinisi, sailing from both Komodo and Raja Ampat, are a great choice for travelistas keen to venture not just off the beaten track, but to the edges of the beaten map. Each comes with their trained crew and chef as well as an expedition leader who is also a certified dive master. 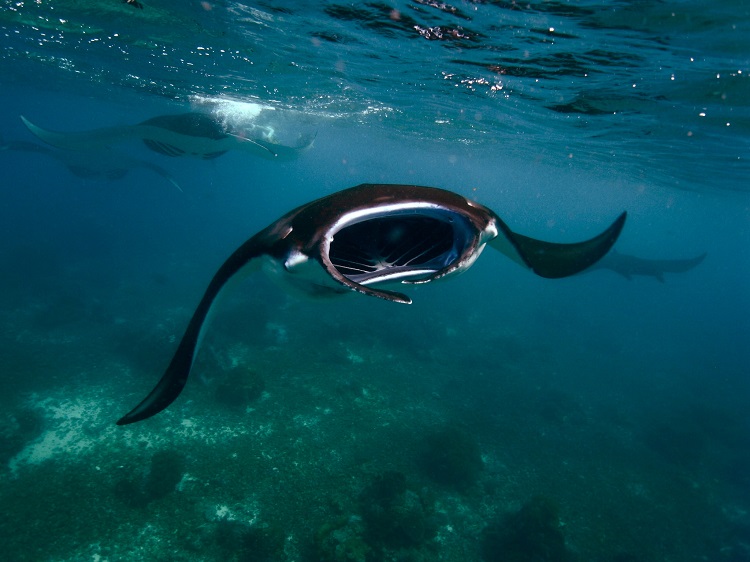 Situated in the Indonesian Archipelago at the intersection of the Pacific and Indian Oceans, Raja Ampat is the location for sailing adventures aboard the phinisi Amandira created from custom-made teak and boasting authentic rattan furniture. Fusing the romance of traditional spice trading vessels with the celebrated lifestyle concept of Amanresorts, the ten guests are tended by a crew of 15. There is also the six-passenger, custom-built coastal cruiser Amanikan which boasts sublime teak decor and oodles of open deck space. Both vessels offer the ultimate scuba-diving adventures in consummate luxury. At other times of the year Amandira and Amanikan offer Komodo Expeditions exploring the Nusa Tenggara island chain as well as the World Heritage Site of Komodo National Park.

These are no lounge lizards 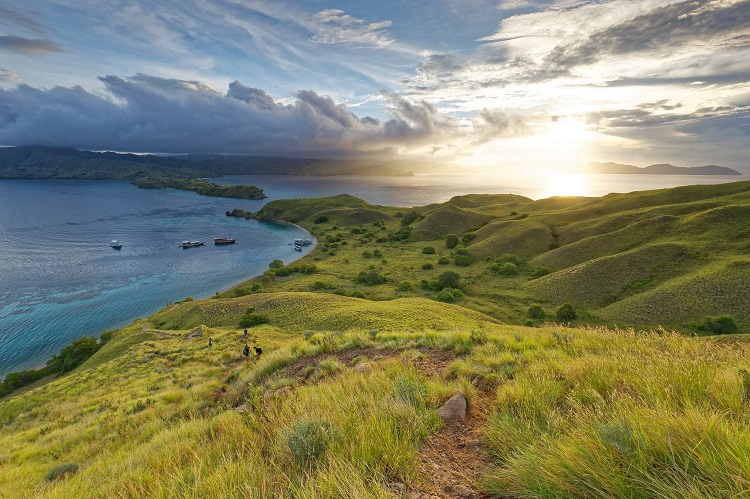 Few large cruise ships venture to this impossibly pretty corner of the planet; smaller expedition-style ships usually combine the castaway living of the Moluccas with a visit to Komodo. Silversea Expeditions’ Silver Discoverer has a voyage next August from Broome in Western Australia to Bali that calls at this volcanic island that has gained notoriety due to its famous giant lizards.

Komodo is home to a small community of some 500 people who make their living primarily from fishing. The island’s centrepiece is Komodo National Park, where visitors can enjoy a close encounter with these living dinosaurs. Komodo Island was little-known and the Komodo dragons were thought to be only a myth until pearl fishermen discovered the giant lizards which weigh up to 300 pounds. The surrounding forest is also home to ornate orchids, elegant sulphur-crested cockatoos, helmeted friarbirds, orange-footed megapodes, and Javan deer. 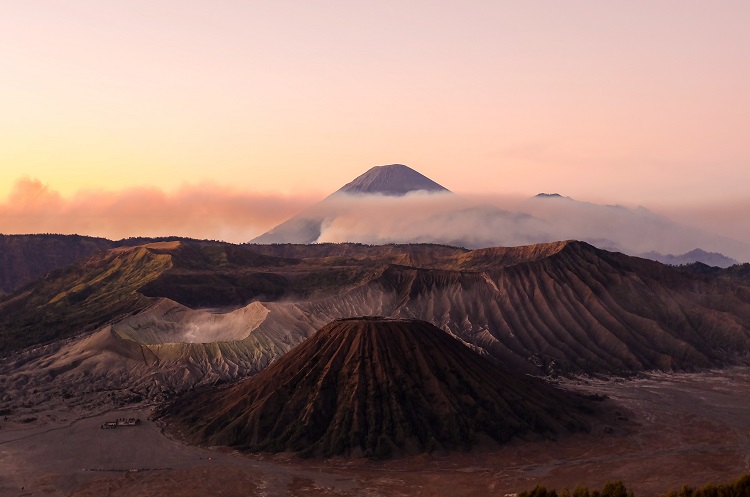 Another sight that draws visitors to the Indonesian Archipelago is the legend of Krakatoa, situated between Sumatra and Java in the Sunda Strait. When the volcano erupted in 1883, the shock waves were recorded around the world – as were forbidding sunsets and sunrises, not to mention a blue-greening of the sun and moon. Today, only a fragment of the original Krakatau (as it is known locally) remains – the gigantic shard of Rakata Island. Following the volcanic eruption, the mountain was destroyed, being literally split in two, but from the sea emerged a new island – Anak Krakatau, meaning ‘Son of Krakatau – which has grown continuously since the 1950s.

As it is an active volcano, any landing today depends on the volcano’s activity levels, which also determine where passengers can set foot onto the black sand beaches littered with pumice. The dynamic fumaroles, old and new lava flows, subtly coloured rocks and the volcano itself are all stunning even when viewed from deck. Any cruise here serves as a reminder of the power and unpredictability of nature’s ‘sleeping giants.’ So whether a volcano so famous Hollywood made a movie about it is on your seismic bucket list; or you just yearn for a tropical idyll whose seas ooze romance almost to the point of cliché, Indonesia has it all.

This corner of our watery planet appears for all the world as if it was scripted from the pages of a novel. It is a vast canvas of ocean that today, as in centuries past, is best explored by boat.

Gallery image with caption: Beach beauty and cultural heritage in the Balearics

Gallery image with caption: Six reasons why Singapore is more than just a stopover