Warning: count(): Parameter must be an array or an object that implements Countable in /var/www_blog/advice.cruise118.com/htdocs/wp-content/themes/crusie118-cruise-advice/library/metabox/init.php on line 714
 What is the Day of the Dead? - Cruise118.com Advice

The Day of the Dead, ‘El Dia de los Muertos’, is a popular Mexican tradition celebrating the life and death of lost family members and loved ones on November the 1st and 2nd. Rooted in Indigenous beliefs and religious teachings, this celebration is about so much more than sugar skull makeup. 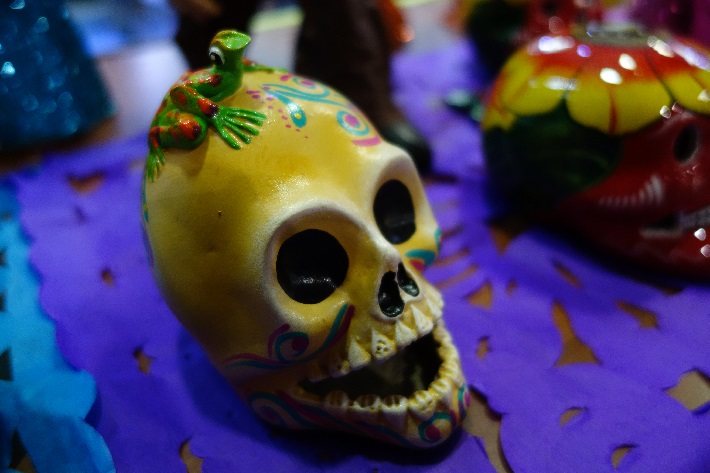 During the reign of indigenous cultures through the Mesoamerican civilisations, it was widely accepted that when people died, they didn’t cease to exist. Instead, their soul carried on to the after-world and death was a continuance of life.

The Aztecs celebrated the death of their ancestors during a month-long festival, remembering their loved ones rather than mourning, and honouring the goddess Mictecacihuatl, the Queen of the Underworld or ‘Lady of the Dead’. Following the conquer of the Aztecs by the Spaniards in 1521, Catholic beliefs changed the festival to a two-day event that coincided with All Saints’ Day and All Souls’ Day, which take place on November 1st and 2nd. 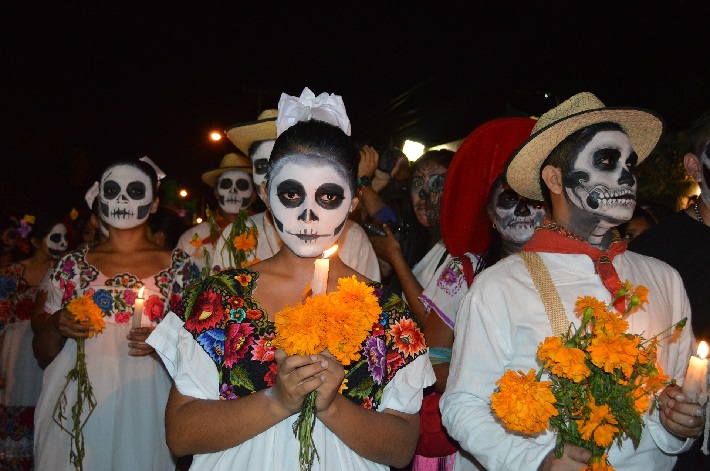 Today, the festivities are recognised by UNESCO as part of the intangible cultural heritage of humanity, making it a major part of Mexican heritage and tradition. The event begins on November 1st or Day of the Little Angels (Dia de los Angelitos), where babies and children who have passed away are celebrated. Next comes November 2nd, the Day of the Dead (Dia de los Difuntos) for deceased adults.

Graves are cleaned and adorned with offerings such as flowers (specifically marigolds), food, drink and toys as a way of communicating with the dead. In some parts of Mexico, many families spend the evening here, having a picnic supper, playing music and drinking through the night.

In homes, altars are built using pictures and religious sculptures where family members pray and share stories of the deceased. Traditional foods are prepared including candied pumpkin, pan de muerto (bread of the dead) and skulls made of sugar.

The celebrations vary in Mexico from town to town, with dancing in colourful costumes undertaken in Michoacán, lighting candles and riding winged boats in Janitzio, or inviting visitors into homes in exchange for veladoras (small wax candles) and tamales in Ocotepec.

The colours, styles and symbolism of the Day of the Dead are as vivid today as they were during Mesoamerican periods. Even the goddess Mictecacihuatl has been reimagined as Catrina, a skeletal female figure dressed in a giant hat and luxurious clothing. Jose Guadalupe Posada (1852-1913) was an illustrator who famously satirised death using skeletons and social statements, poking fun at ruling classes and politicians. Catrina is a character derived from his work, who has now become a major symbol of the Day of the Dead and is seen in the decorated skulls, makeup and figurines throughout the celebration.

As Halloween celebrations become more widespread, Mexico is seeing masks and costumes more widely sold in markets, and tourists visiting the region to witness the spectacle of the Day of the Dead in person.

Let us know if you have seen the Day of the Dead celebrated in Mexico by using the comment box below!