Warning: count(): Parameter must be an array or an object that implements Countable in /var/www_blog/advice.cruise118.com/htdocs/wp-content/themes/crusie118-cruise-advice/library/metabox/init.php on line 714
 Alaska: A Natural Treasure Trove - Cruise118.com Advice

Alaska – famously America’s 49th state – is a place where nature calls the shots; welcoming visitors to thousands of miles of remote, unspoiled terrain and spectacular scenery along with an awe-inspiring range of mammal species, birds and sea life that few other destinations can match. 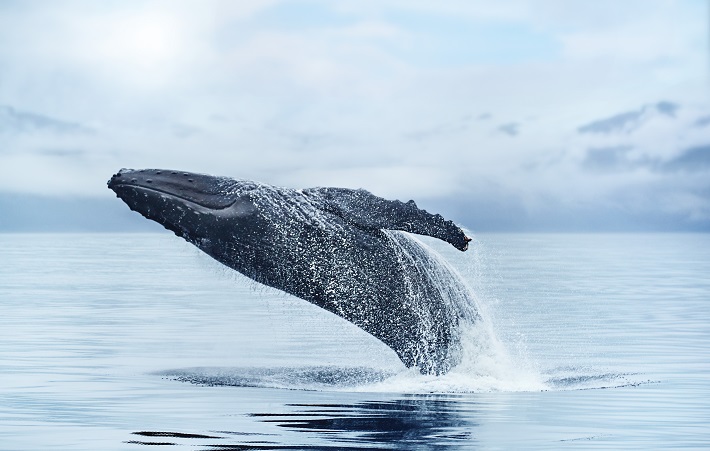 Here, whales and dolphins come to feed in the bountiful waters of the North Pacific Ocean. Bears roam the pine forests, hunting for food in rivers brimming with plump salmon; and bald eagles soar through the skies as skittish sea otters dive and frolic in the waves beneath them.

In short, this huge wilderness, which is six times larger than the UK, is a veritable Aladdin’s Cave of wildlife, and it is this that holds the key to trips full of once-in-a-lifetime experiences.

With a 6,600-mile coastline and remote location, and with some of the state’s main locations only accessible by air or sea, cruises to Alaska are an ideal route to exploring this vast, isolated land that lies to the north-west of Canada.

As its popularity has grown, the state has become one of the ultimate prizes in the cruising world, with rising demand encouraging more lines to not only introduce additional sailings, but add on stays in the rugged hinterland to help travellers really get under the skin of this natural treasure trove.

Put simply, Alaska is one big adventure playground; a place where daredevils can fly through the trees on zipwires, sail off on whale-watching expeditions; trek across the frozen sweep of glaciers or hike over untamed terrain.

There is an amazing array of activities – from flight-seeing trips over towering mountains and expansive ice fields to bear-watching jaunts to spy grizzlies catching salmon during the spawning season.

Such memorable experiences come at a hefty price, too. In some cases these can cost hundreds of pounds, but having come so far, it would be a crime to turn down such opportunities.

More touristy pursuits include lumberjack shows, tram rides, visiting salmon hatcheries or downing a beer in one of the saloons that capture the region’s fascinating Gold Rush history.

Most Alaska cruises typically sail through what is known as the Inside Passage, a sheltered waterway running between the coast of the mainland and network of offshore islands. This perfectly lends itself to scenic cruising along with stops at some of the most notable ports on Alaskan itineraries. 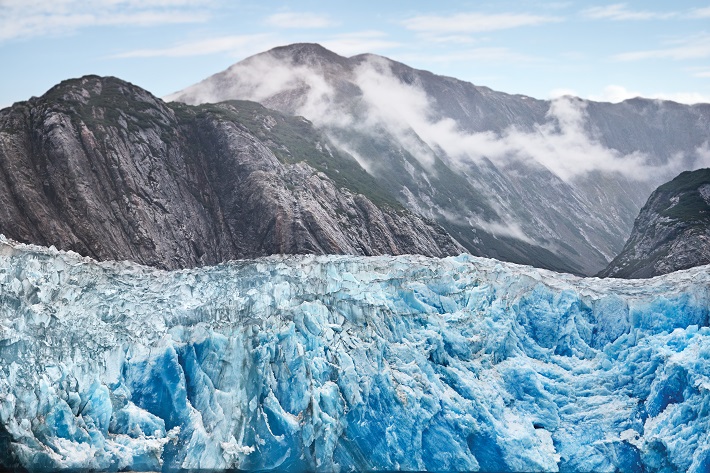 This is where passengers can expect to cruise by glaciers. The most famous stops include Glacier Bay with its 16 tidewater glaciers that extend down to the ocean; the twin Sawyer Glaciers at the head of Tracy Arm Fjord; and the Hubbard Glacier, which at 76 miles long is Alaska’s largest tidewater glacier.

Juneau is one of the main ports on these itineraries and carries the title as the only US state capital that cannot be reached by road. From here, visitors can head off on excursions, visit the nearby Mendenhall Glacier or take a ride on the Mount Roberts Tramway.

Skagway found fame as the gateway to the Klondike Gold Rush region and now showcases this rich history with coach tours along the Klondike Highway, or rides on the White Pass & Yukon Route Railroad built at the height of the Gold Rush. Rustic Ketchikan is famous for salmon fishing as well as being the jumping off point for excursions to the Tongass National Forest and Misty Fjords. It also carries the dubious title of being one of America’s rainiest cities!

Sitka adds an exotic flavour with its Native Indian heritage and colonial-era Russian architecture dating from when Alaska was ruled by Russia, before being sold to the USA for a mere $7.2 million in 1867. 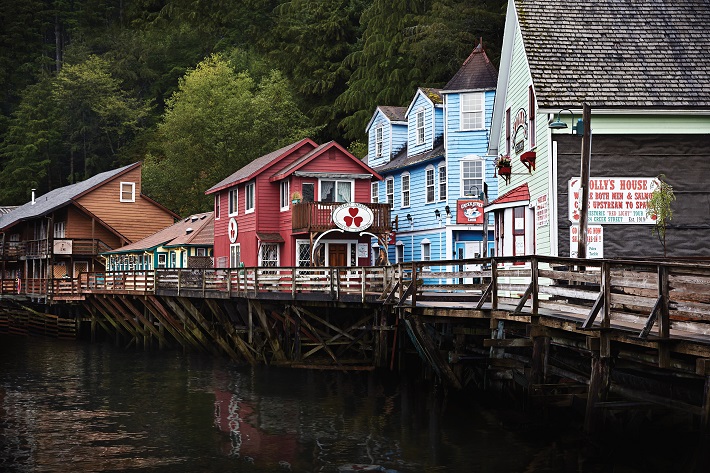 The Alaska cruise season runs from May to September when the weather is at its best, though don’t expect wall-to-wall sunshine as conditions can be notoriously unpredictable. While there can be sunny days with temperatures climbing up to the mid-20s, the region is known for its cool and wet conditions too, so be prepared.

Cruises tend to last for seven, 10 and 15 nights, with most departing from Vancouver and Seattle, where travellers often add a city-break stay before or after the voyage.

However, some also leave from San Francisco and Los Angeles, either on round-trip Inside Passage voyages or one-way cruises to Anchorage, Whittier or Seward – and vice-versa. These sailings tend to cross the Gulf of Alaska, travelling through the Inside Passage and continuing further north to Anchorage, which is the state’s largest city.

The beauty of Alaska cruises is that they are so easy to twin with other experiences. One-way departures open up the possibility of spending a few nights in Alaska either before or after the cruise as Anchorage, in particular, is the gateway for land expeditions.

Some lines such as Holland America Line and Princess Cruises have capitalised on this by offering ‘Cruisetours’ combining stays in wilderness lodges in the Denali, Kenai and Wrangell-St Elias national parks with voyages.

A number of companies also twin Alaska cruises with a journey through the spectacular scenery of the Canadian Rockies on the Rocky Mountaineer train to whet their appetite before joining their ship.

Alaska is undeniably special, and a cruise is by far the best way to explore this awe-inspiring region.

If you would like to cruise to Alaska with a line like Holland America Line, Princess Cruises and now, Cunard, call our Cruise Concierge team on 0207 980 2847. Our experts will help you book your perfect Alaskan voyage and even package up your cruise with unforgettable land tours. The choice is yours!