Warning: count(): Parameter must be an array or an object that implements Countable in /var/www_blog/advice.cruise118.com/htdocs/wp-content/themes/crusie118-cruise-advice/library/metabox/init.php on line 714
 Around The World For The 2018 World Cup | Cruise118 Advice

World Cup fever has hit the streets, towns and cities across the UK as we prepare for this international competition to take over on 14 June.

Running every four years since 1930 when the competition was founded, the FIFA World Cup is enjoyed across the globe, now with 209 teams eligible to enter for qualification.

This year’s World Cup is hosted in Russia, across eleven cities including St. Petersburg, Moscow and Volvograd. With 32 teams selected to take part in this phenomenal competition, here’s a little more information on each country battling it out to be 2018’s World Cup winner.

With their first game on 16 June against Iceland, Argentina has been a long-standing contender for the World Cup – taking part since 1930 when only 13 teams participated! Though they made it all the way to the final, Argentina lost to Uruguay 4-2.

This is the first time Panama have qualified for the World Cup, with the team having participated in the World Cup since 1978.

The team beat Costa Rica 2-1 on 10 October 2017 and, after having waited 40 years to qualify, Panama president, Juan Carlos Varela announced a national holiday on 11 October for the country! 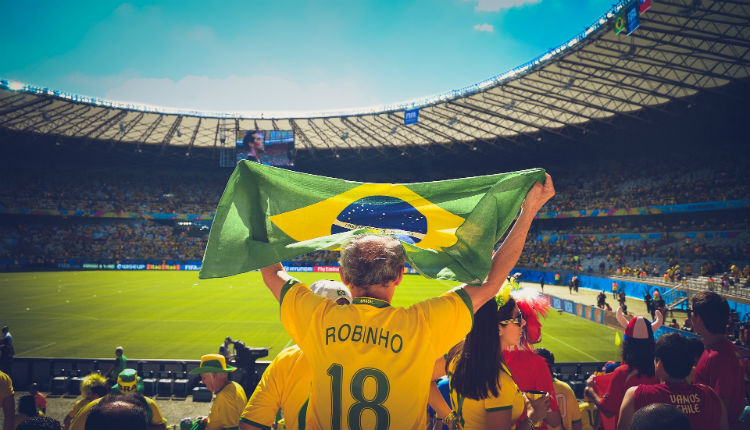 An iconic World Cup challenger, Brazil has featured in the top four places regularly since the initial World Cup. Brazil is also the most successful national team in the World Cup, having been crowned winner an astounding five times: 1958, 1962, 1970, 1994 and 2002!

The country has a unique rivalry between Argentina, beginning in 1993 when Colombia beat Argentina 5-0 in the 1994 qualifiers. Argentina were also the hosts of that years’ World Cup and it was the first time they had lost in a home stadium.

Costa Rica is one of only two Central American countries to make it to the qualifying teams, alongside Panama. This is the third time Costa Rica have achieved qualifying status, with their first game taking place on 17 June against Serbia.

Retired Mexican footballer, Antonia Carbajal is one of the only players – as well as Italian goalkeeper, Gianluigi Buffon – which have played in five editions of the tournament.

Mexico has qualified to sixteen World Cups, some of which consecutively since 1994, making it one of only six countries to do so.

The very first World Cup took place in Uruguay in 1930, created by Jules Rimet. Inspired by the Olympic Games, he developed the World Cup as a way of bringing nations together through football.

Australia still holds the title of the biggest win in World Cup history. In a 2001 qualifying game between Australia and American Samoa, the Australian’s won by an incredible 13-0!

Belgium is one of the first mainland European countries to play association football, beginning back in 1863 at the Josephites College of Melle. The team have since appeared in the finals of the World Cup twelve times, including the inaugural competition of 1930.

England won the World Cup in 1966, beating Germany 4-0 at Wembley Stadium. The final had an attendance of 96,924 and became the most watched television event in the UK at 32.3 million viewers.

France has won the World Cup once when they hosted the competition in 1998. It was the first time the French team had made it to the final of the tournament, which they then won 3-0 against Brazil – winners of the previous World Cup in 1994.

The victory was significant for France, with the timing of the match just two days before Bastille Day, making it a remarkable triumph for both the team and the country.

In their World Cup debut, the team finished third place and reached their highest ever FIFA ranking. Following this, the team won Best Mover of the Year Award for a second time, the only team to have won the award twice.

This is the first time Iceland have qualified for the World Cup, after twelve failed qualification campaigns since 1958! The country has beaten Trinidad and Tobago’s record as the smallest nation to reach World Cup final stage, alongside Panama who are also competing for the first time.

Poland is the birthplace of retired German footballer, Miroslav Klose, who currently holds the title of the World Cup top goal scorer. Across 24 games and four tournaments (2002, 2006, 2010 and 2014), the striker scored a total of 16 goals!

The 2018 World Cup will be Portugal’s seventh appearance, featuring the famous Cristiano Ronaldo as striker. In a 2017 qualifying match, Ronaldo scored a hat-trick in a 5-1 win taking his tally of goals to 14 – breaking the record for the most goals scored in a single European qualifying group.

Of the 27 World Cup goals scored by Denmark, all of them have been scored from within the box.

Russia is classed as both European and Asian, bordering 14 countries across the region. 2018 will be the first year Russia has hosted the World Cup and is the country’s 11th appearance in the competition.

Though Serbia has taken part in the World Cup since 1930, the country has only played as an independent entity since 2006. Previous to this it was playing as part of the Yugoslavian Republic or with Montenegro. Since this time, Serbia has not qualified for the World Cup.

Back in 2010, Spain also joined the World Cup Winners Club, defeating the Netherlands 1-0.

Both Spain and Germany are the only national teams which made it through qualifying games winning ten out of ten matches, with Spain achieving this in 2010.

One of the more successful teams in the World Cup line-up, Sweden has reached the semi-finals four times – becoming runners-up in 1968 – and they have been present at eleven out of 20 World Cups. Russia’s 2018 World Cup marks the team’s twelfth appearance at the finals of the World Cup.

This comes the same year of the highest scoring game of a World Cup, when Austria beat Switzerland 7-5. This match included two hat tricks and was already 5-4 at halftime!

Egypt could be set the break the record of the oldest player to appear in a World Cup game as captain and goalkeeper, Essam El-Hadary is their top goalkeeping choice.

The player is 45 years and five months old, just beating current record holder and Colombian goalkeeper, Faryd Mondragon, by two years and 5 months. If chosen, El-Hadary will also be the oldest player to make his debut at a World Cup!

Morocco have qualified for the World Cup for the first time in 20 years, having participated in the World Cup five times. The team is nicknamed the Atlas Lions, presumably relating to the subspecies of lion which once roamed across the mountains of northern Africa.

2018 will be the sixth World Cup which Nigeria has qualified for, with no other African country having qualified as often since 1994.

The teams’ nickname is the Super Eagles, playing homage to the country’s coat of arms where an eagle is featured and linking to the women’s national team and underage males’ teams which are called Super Falcons, Flying Eagles and Golden Eaglets respectively.

The national football team for Senegal are nicknamed the Lions of Teranga, with teranga a popular word used throughout the country, meaning welcoming generosity or hospitality.

Senegal made their debut World Cup appearance in 2002, defeating the previous World Cup winners, France, 1-0 in the tournament’s opening game.

Playing the opening match on 14 June, Saudi Arabia will go up against Russia at the Luzhniki Stadium, Moscow. The match is set to make history as it is the first World Cup opener to be played by the two lowest-ranking teams in the competition.

As of 2014, Tunisia have never survived the group phase of the World Cup and their only victory has been in their first World Cup match against Mexico in 1978. This also awarded Tunisia the first African team to win a World Cup game.

Both Japan and South Korea hosted the 2002 World Cup, the first time the competition has been hosted across two different countries. Japan’s nickname is Samurai Blue, with their 2018 kit inspired by traditional samurai armour.

This is the tenth qualifying World Cup for South Korea, more than any other Asian country. Fans of South Korea’s national football team call themselves The Reds and the team Taeguk Warriors.

Look forward to a summer of sport

With 64 matches played across a whole month, the World Cup is a phenomenal sporting event enjoyed by millions of spectators, fans and players across the globe.

There is still time to book a cruise sailing to Russia for a chance to catch a match in action, with sailings offered by Celebrity Cruises, Royal Caribbean and MSC Cruises.

Princess Cruises are also showing the World Cup throughout the month on-board, with the 300-square-foot poolside screen featuring all the World Cup fixtures!

Browse all cruises to Russia

Call our Cruise Concierge team on 0808 1234 118 if you’re looking for anything specific, and our team will be happy to help you with you booking.