The much-loved TV series Cruising with Jane McDonald will be returning to your screens, as the next series launches on Channel 5.

Jane McDonald: Cruising Down Under

The series begins early-January and follows Jane as she travels around Australia on a 12-night cruise on-board Princess Cruises’ Sun Princess. Cruising along the coastline of Western Australia, the sailing will be combined with several land tours.

During her time on-board, the episodes will showcase Jane exploring the entertainment and dining on-board at the Chef’s Table, as well as attending a wedding between two guests aboard the line’s original ‘Love Boat’. 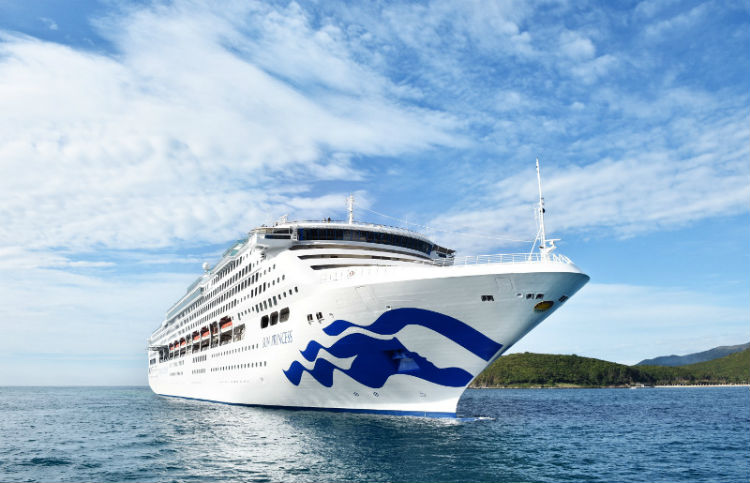 Just some of the destinations visited on the sailing include Albany, Freemantle, Geraldton and Broome.

The first episode sees the singer explore everything the country has to offer. From the surfing paradise of Queensland’s Gold Coast where Jane tries indoor skydiving, to the town of Nimbin which is a top destination for hippies, holistic therapies and hemp.

Jane then revisits Sydney, where she dons a wetsuit and takes to the waves on Manly Beach before beginning her cruise aboard the Sun Princess, famed as the ship used in the remake of the classic TV show The Love Boat.

Jane continues her journey with a visit to Brisbane, where she becomes a zookeeper for the day at Lone Pine Koala Sanctuary. She then explores the country’s biggest theme park, DreamWorld before continuing on her Princess Cruise to Perth. Here, she takes a trip to Rottnest Island before travelling to Geraldton to meet with the owners of a biscuit tin museum.

Jane ends her time on-board Sun Princess by joining fellow passengers for the Chef’s Dinner. Stops ashore include a trip to Cable Beach for a sunset camel ride, encountering crocodiles in Darwin, and heading to the Outback.

She also visits Cairns, where she explores the wonders of the Great Barrier Reef with an underwater scooter. Rounding off her Australian adventure, Jane adventures in the city of Melbourne.

“We’re delighted to host Jane McDonald onboard Sun Princess as she experiences Australia. We’re looking forward to viewers joining Jane on the other side of the world as she enjoys a relaxing cruise on the beautiful Sun Princess, while visiting some of Australia’s hidden gems including the Pink Lakes of Geraldton and Broome’s dramatic shoreline.”

Catch the episodes of the BAFTA-winning show on Channel 5 from Friday 4 January 2019. Will you be tuning in?