The UK is a cruising hub, with Southampton being the busiest cruise terminal and second largest container port in the UK. It’s a great place to start and end your sailings, with 15 cruise ships calling it their homeport and a further 12 cruise lines regularly calling at the port.

1.5 million cruise enthusiasts depart from Southampton each year, while other ports such as Newcastle, Edinburgh and Liverpool make it just as easy for us to set sail right from our doorstep.

But which of these ships are our favourite? Let’s a take a look at what makes a ship best-loved by us Brits!

Anthem of the Seas 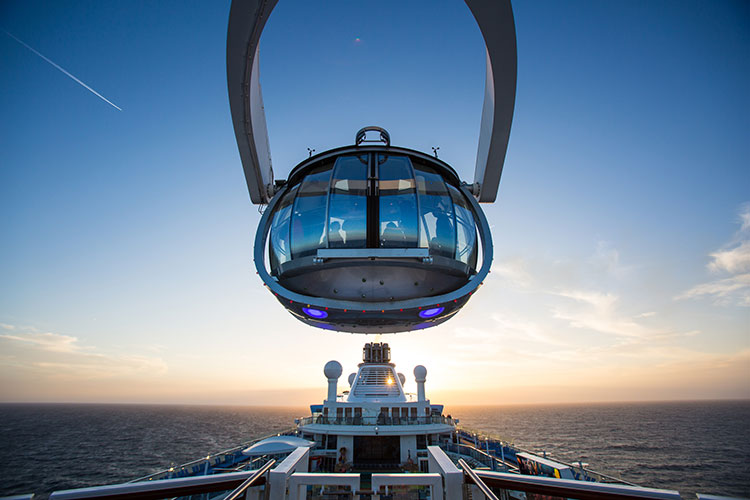 Find family-fun and innovative features on-board Anthem of the Seas, Royal Caribbean’s second ship in the groundbreaking Quantum Class. The ship offers world-class dining, spectacular enterainment and state-of-the-art technology. Visit the Bionic Bar for robot-made cocktails or see the world from 300 feet above sea level on the North Star.

There’s even the signature surf simulator, FlowRider; a 43-foot rock-climbing wall; dodgems at the largest indoor active space at sea – SeaPlex – and an adults-only Solarium to take a break from the excitement. What about entertainment? Well, enjoy true British music history with the We Will Rock You show, based on the music of Queen.

As for food, you’ll find familiar British faces on-board at Jamie’s Italian (owned by chef Jamie Oliver). Here you can enjoy his tried and tested recipes while at sea!

Anthem of the Seas will homeport in Southampton from 2020 from May through to October, the first time since she left UK shores in 2015. From 2020, the ship will feature cruises from Southampton to the Mediterranean, Northern Europe, the Canaries and across the Atlantic.

Anthem of the Seas Cruises From the UK 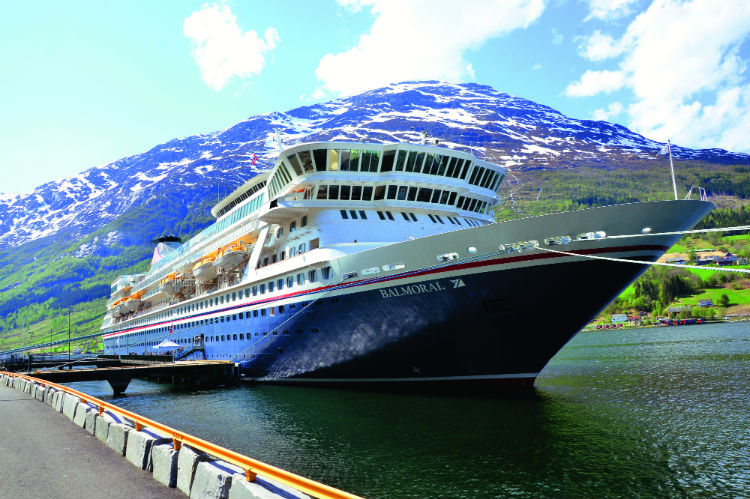 Balmoral is Fred. Olsen’s largest cruise ship, which has a deep Scottish influence across her decks. Not only is she named after the Scottish residence of the British Royal Family, but she also has venues on-board named after Scottish places including Ballindallock, Avon and Spey.

The ship is a great choice for cruises from the UK as she sails from Edinburgh, Newcastle, Dover and Southampton. She also offers the small ship cruising experience for guests on-board, as Balmoral can not only sail on the seas and oceans of the world, but it can also navigate canals and rivers to get you closer to the destination.

UK cruisers can also take the opportunity to enjoy a world cruise from Southampton, exploring South America on a 70-night sailing from January 2020. In the meantime, Balmoral will be sailing from the UK for the next few years meaning there’s plenty of choice for you to get on-board!

Balmoral Cruises From the UK 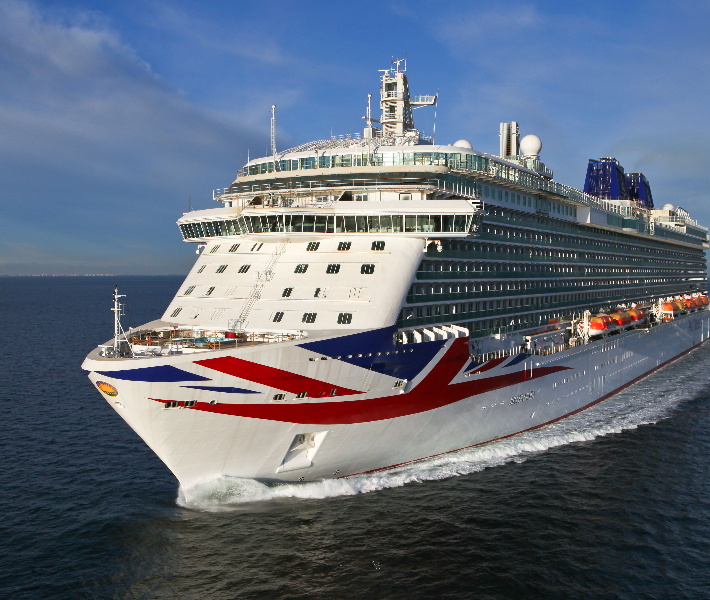 With the British cruiser at the heart of everything they do, P&O Cruises are a great choice for UK cruisers. This couldn’t be more apparent with Britannia, the cruise line’s flagship and largest in the fleet. Even just looking at her she exudes partriotism with the largest Union Jack flag (94 metres) of its kind in the world along her bow!

The ship was named by Queen Elizabeth II in 2015 and since then has been a firm favourite with cruisers across the UK. On-board you can enjoy an array of dining venues and entertainment, as well as the Cookery Club where you can brush shoulders with chefs and bakers from the UK. This club is developed by James Martin and features guests such as Mary Berry, James Tanner and Paul Rankin. Marco Pierre White has also created many of the menu items in the main restaurants which you can experience on gala nights.

You might have also seen the ship on television as it was the setting for the final episode of Ant & Dec’s Saturday Night Takeaway in 2016. If you want a slice of television life up-close, you can enjoy themed sailings with the BBC’s Strictly Come Dancing on selected sailings where performances, private tuition and all things sparkly can be enjoyed on-board!

Britannia will be sailing from the UK until October this year, then from April 2020 until October 2020, all of which are from Southampton. The ship will also be undergoing a refit later this year, where social spaces such as the atrium, Java Cafe, photo gallery and shopping experiences will be enhanced on-board.

Britannia Cruises From the UK 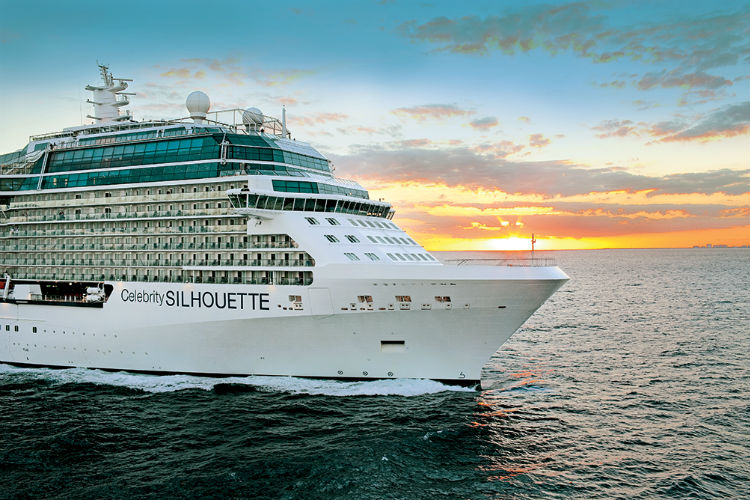 Offering ocean views and balconies in over 85% of staterooms, Celebrity Silhouette is the perfect ship to sail from the UK to sunny shores. The ship’s features are just as perfect, with the opportunity to enjoy picnics on real grass at the Lawn Club, accompanied by live music. Or you could indulge in a spa treatment or two ar the relaxing Canyon Ranch Spa.

Celebrity Silhouette is even being refurbished in 2020 inline with Celebrity Cruises $500 million Celebrity Revolution to transform on-board spaces and implement design concepts as seen on-board the brand new Edge Class. This will feature exclusive new sanctuaries for suite class guests at The Retreat Sundeck and The Retreat Lounge, as well as new dining venues and rejuvenated accommodation.

Celebrity Silhouette will be sailing from the UK until October this year, starting again once more in April 2020. She will also be joined by Celebrity Apex – sister-ship to Celebrity Edge – which is the second vessel in the all-new Edge Class ships. 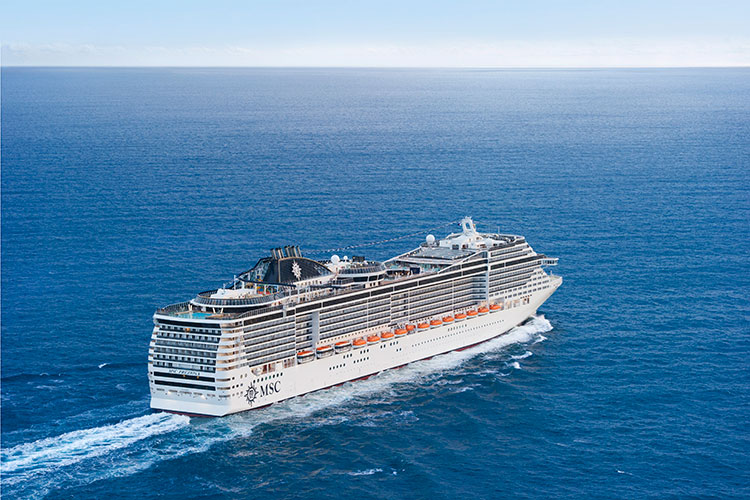 As MSC Cruises only ship in the fleet which sails from the UK, MSC Preziosa has a lot of pressure to please the UK cruising audience. And she carries it off perfectly! Featuring a sweeping Swarovski staircase, magical infinity pool, one of the longest water slides at se and video arcade, the ship is a fantastic choice for all ages.

Enjoy a showing at the 4D cinema, or hit a strike at the Sports Bowling and Dinner venue, MSC Preziosa offers the perfect family holiday. For those looking for a spot of relaxing indulgence, the ship has the MSC Yacht Club and the award-winning MSC Aurea Spa to you to enjoy.

MSC Preziosa will be sailing from the UK until September this year then from April to October in 2020, sailing from Southampton each time.

MSC Preziosa Cruises From the UK 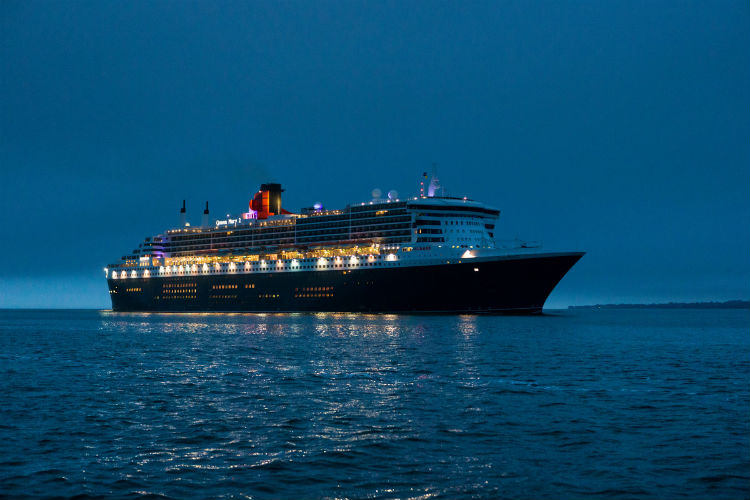 We couldn’t finish this article on Britain’s best-loved cruise ships without mentioning one of the Cunard fleet. Quintessentially British in all that they do, Cunard is a cruise line that offers a great home-from-home atmosphere. The flagship, Queen Mary 2 is the largest ocean liner ever built and the only transatlantic ocean liner in service between Southampton and New York.

Her maiden voyage set sail from Southampton on the way to Fort Lauderdale, Florida, just a mere eight years later she completed the first ever circumnavigation of Australia, all of which was roundtrip from Southampton.

On-board you can enjoy a relaxed way of life, with a choice of fifteen dining venues, five swimming pools, a casino, ballroom and the first-ever planetarium at sea!

Queen Mary 2 has so far been confirmed to be sailing from Southampton until 2021, offering a range of short- and long-duration sailings.

Queen Mary 2 Cruises From the UK

Which ship is your favourite to cruise from the UK? Let us know in the comments below!