More cruise lines than ever are focussing on solo cruises. More and more companies are waiving single supplements while others are increasing the number of cabins available for those choosing to sail on their own.

Cruise ships certainly offer a safe haven, with pastimes for lone voyagers of all ages. If you take a cruise by yourself, you’ll find you’re in good company – there are few types of holiday that offer better opportunities to socialise with like-minded people.

With plenty of cocktail parties for mixing and mingling as well as trips ashore, cruise lines go out of their way to ensure their single travellers aren’t treated as Johnny-no-mates. Obliging maitre d’s ensure solo hearties seated at large tables get along with each other and it’s not uncommon for senior officers to join them on formal nights. One of the most sought after benefits is the concept of well-mannered Gentlemen Hosts who roam the ballroom to ensure ladies travelling alone aren’t left with an empty dance card.

Kick back in your own space at sea 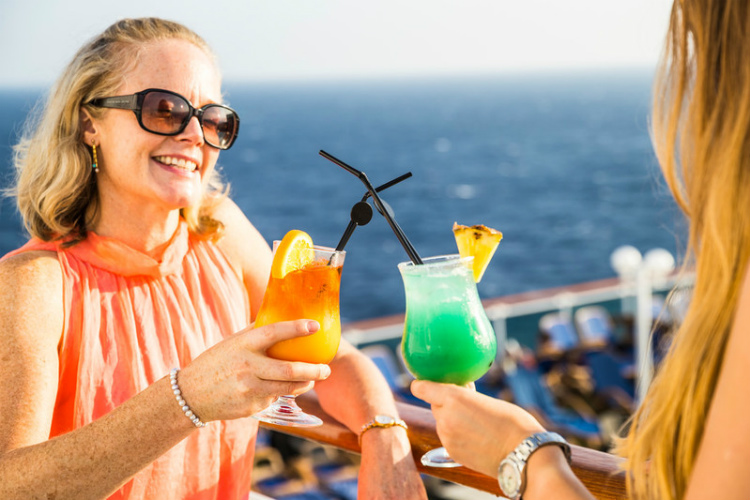 In the past solo cruisers got a raw deal. They had little option but to stump up hefty supplements for occupying a double cabin which were sometimes twice the fare. But the tide has turned, and nowadays, unpartnered cruisers don’t have to part with a king’s ransom.

It is a simple economic fact that the most precious commodity aboard any ship is space.  It is also a reality of ship design that single cabins take up almost as much space as twin cabins, yet generate half the revenue. But attitudes to solo cruising have changed. 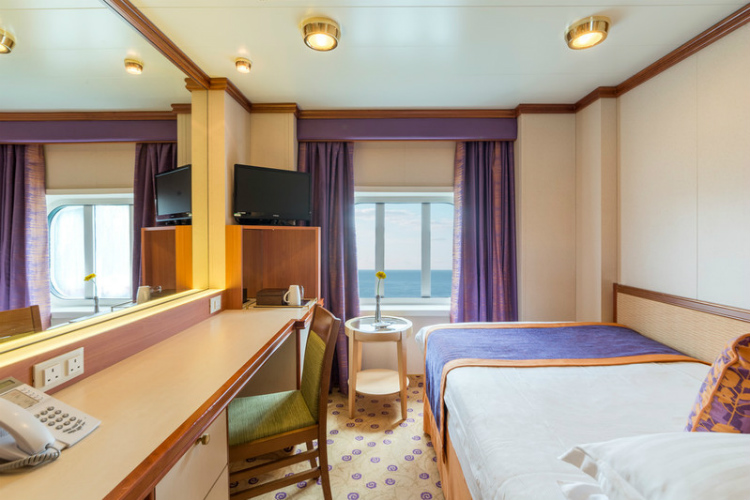 P&O Cruises got with the act in 2010 when Azura was built with 18 dedicated single cabins. Due to demand, major refits to other P&O Cruises’ ships followed swiftly and their flagship, Britannia, was the first to be designed with dedicated single cabins with balconies. Going with the flow, Holland America Line created a dozen designated solo cruise cabins aboard their new ms Koningsdam. In 2016 Cunard’s Queen Mary 2 came out of a major refurbishment with 15 new Britannia-grade Oceanview single cabins. Nine single Cceanview and Inside staterooms were also added to Queen Elizabeth and Queen Victoria during recent makeovers.

There are some other Brit-popular cruise lines that haven’t put the bottom-line before valued solo travellers. Fred. Olsen Cruise Lines offers a choice of cabin categories designed specifically for sole occupancy on Balmoral, Black Watch, Boudicca and Braemar; they occasionally have some great offers on twin cabins for sole occupancy. Cruise & Maritime Voyages specialises in adults-only, no-fly cruises and particularly attracts older couples and singles; Marco Polo, Magellan and Columbus all have a variety of single cabins across all price ranges. Saga Cruises claims that one fifth of their guests travel independently, and to meet this demand they have a high proportion of cabins for sole occupancy in many grades – even single suites. 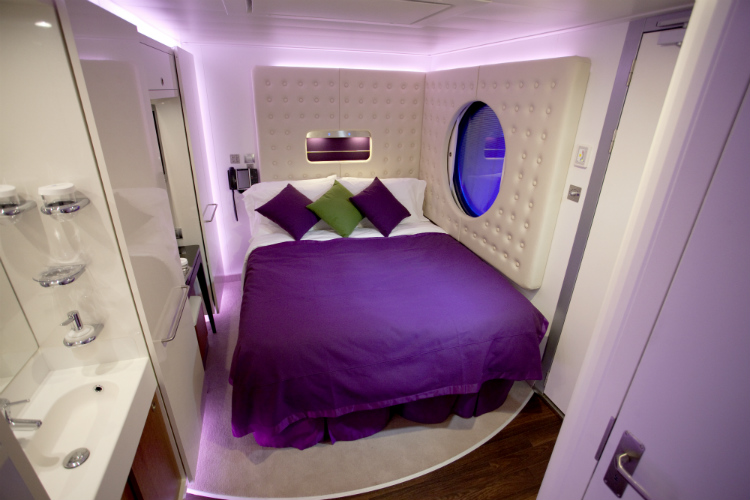 More than any other company, Norwegian Cruise Line has made solo cruises cool. On-board Norwegian Epic Studio staterooms are funky with multi-coloured lighting and design-savvy bathrooms. There is even a hip lounge for exclusive use of Studio guests.

Solo cruisers have also welcomed the creation of dedicated accommodation on Royal Caribbean’s Quantum-class ships (Quantum of the Seas, Anthem of the Seas and Ovation of the Seas). 28 dedicated solo cabins include Interior studios with ‘virtual balconies’ – 80-inch floor-to-ceiling LED screens projecting real-time ocean and port views. There are also ‘super studios’ with 55 sq ft open-air balconies. Harmony of the Seas also offers Inside and Oceanview studios. Aboard Symphony of the Seas – which enters in June – single passengers can opt for Inside studios with virtual balcony; Oceanview studios; or studios with balconies.

One thing’s for sure, there is now a ship for every traveller who prefers to sail alone. But a word to the wise: the number of coveted single cabins is limited so make sure you book early.

Gallery image with caption: How much do cruise lines charge for children?