A volcanic island, Dravuni Island is nestled in the scenic Kadavu group of islands of Fiji. Known for its stunning unspoilt beaches and perfect weather, Dravuni Island ticks all the right boxes when it comes to the ultimate holiday destination. During your time at this port of call you can go trekking up the slopes of Dravuni's highest peak for an amazing view of the surrounding islands; stroll around the charming village; or simply bask in the sun on one of Dravuni beaches. Water sports – such as swimming, snorkelling and scuba diving - are also very popular here. 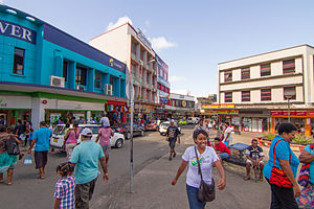 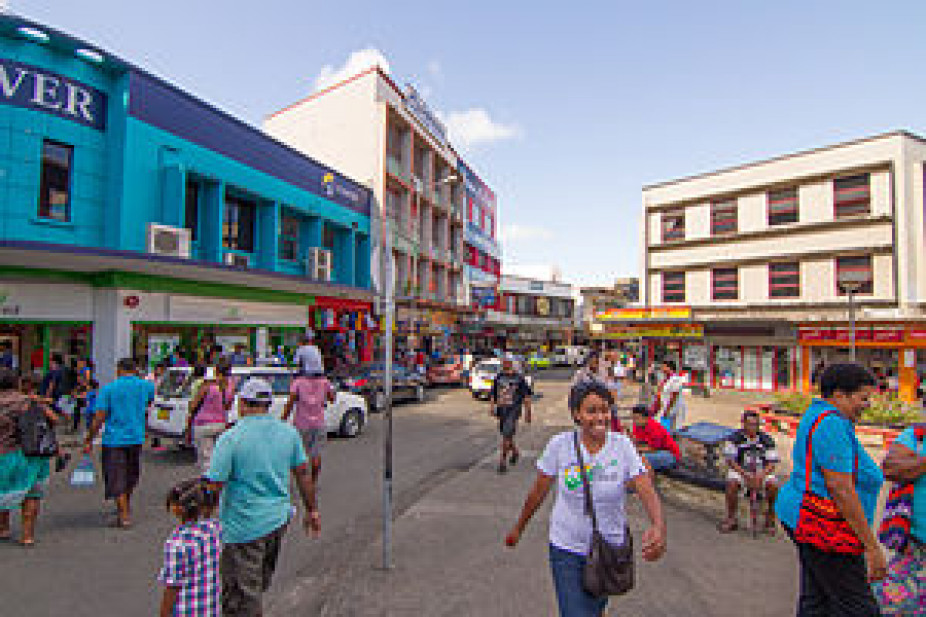 Fiji is a collection of tropical islands in the South Pacific and is well known for soft coral diving, white sandy beaches, and idyllic and peaceful surroundings. Because of its paradisiac surroundings, Fiji is a popular location for weddings and honeymoons. Suva is the capital of the Fiji archipelago, located on the southeastern coast of the island of Viti Levu and is the second most populated city of Fiji. 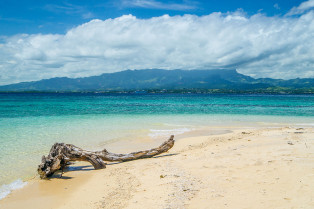 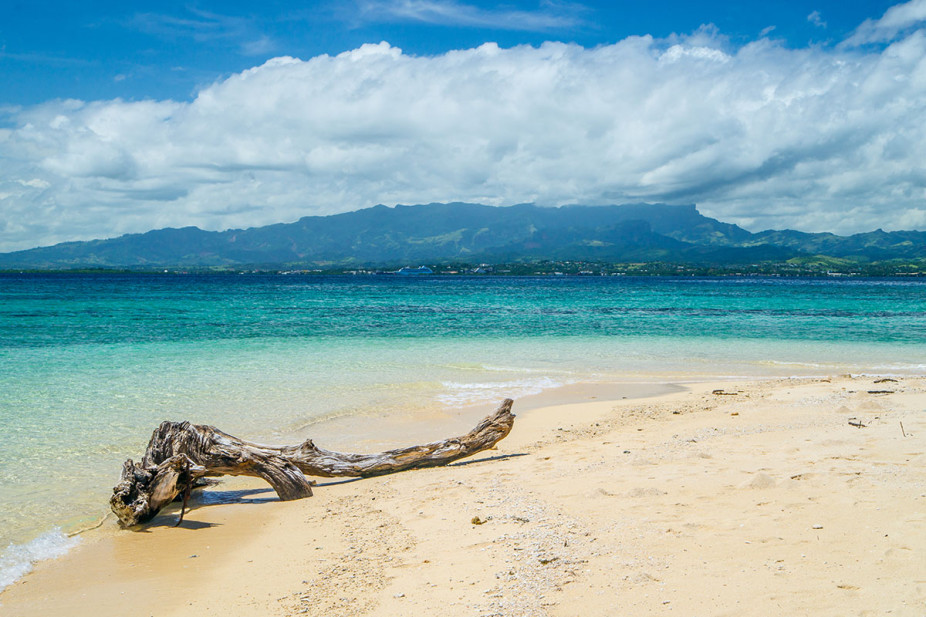 North of Nadi through sugarcane plantations and past the Sabeto Mountains is Lautoka, nicknamed the Sugar City for the local agriculture and its big processing mill. With a population of around 50,000, it's the only city besides Suva and, like the capital, has a pleasant waterfront. It's the sailing point for Blue Lagoon and Beachcomber Cruises but is otherwise unremarkable for tourists, itself having few hotels and fewer good restaurants. Locals recommend the city as a less-expensive place to shop for clothing, but note that it can take as long as 45 minutes to drive here. Legend has it that Lautoka acquired its name when two chiefs engaged in combat and one hit the other with a spear. He proclaimed "lau toka" (spear hit) and thus the future town was named. 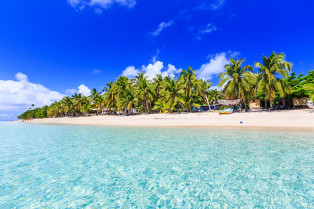 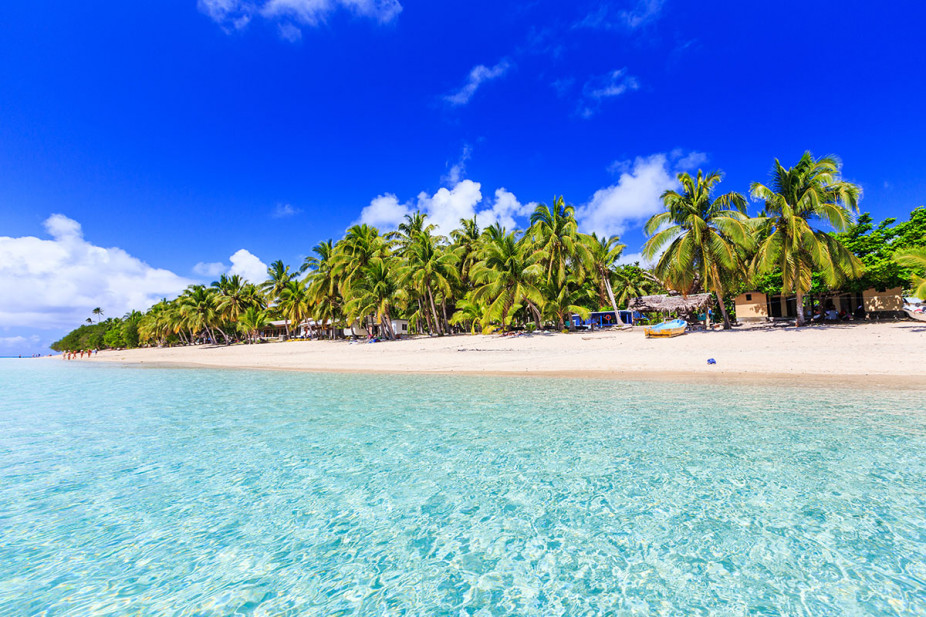 Think island paradise anywhere in the world and you will almost certainly conjure up images of Dravuni Island. Shallow limpid seas surround palm tree fringed beaches that encircle the whole island bar the extremities. One of the 110 inhabited islands in the Kadavu archipelago with just 125 residents, Dravuni could be considered Fiji’s mischievous little brother. Smaller, much more manageable and far less touristy than Fiji, do not expect to find an infrastructure of hotels and car hire businesses. A village school and meeting house are perhaps the sum total of civilization here, but the exceptionally friendly welcome from the residents by far makes up for any lack of modern comforts. Instead this special little island has transparent seas that are unsurprisingly a snorkeller’s dream come true. A kaleidoscopic vision of colour thrives beneath the surface and is quite literally a visual feast for the eyes. However, for those who prefer their exploration to be land based, then the views from Hilltop Island are incredible, with the awe-inspiring panoramic vistas well worth the 20-minute hike. Dravuni also holds the auspicious title of being the northern most island of the Great Astrolabe Reef, where, according to legend there used to be a village that sunk into the sea. In order to honour the legend, villagers who fish here respect the story by not throwing garbage overboard. 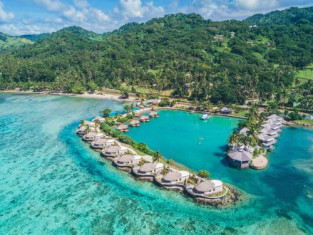 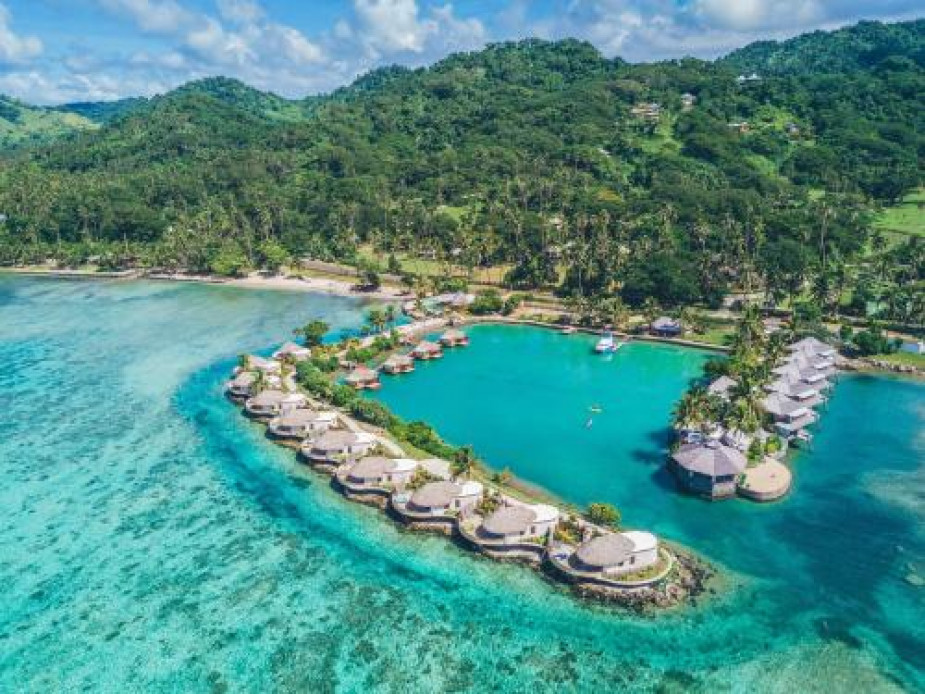 Suva, a multiracial city, is the pulsing heart of the South Pacific. Its location is on a hilly peninsula in the southeast corner of Viti Levu Island, the largest in the Fijian archipelago. Suva was named the country's capital in 1882; the former capital was Luvuka. Suva's natural harbour was no doubt a deciding factor that prompted the change. Its port is the country's main shipping facility, accommodating vessels from all over the world. The town is backed by the lush green hills of the Suva-Rewa range. The waterfront district, much of which is built on land reclaimed from tangled mangrove swamps, provides the hub for much of Suva's activities. The downtown centre is a hodgepodge of high-rise office buildings, colonial houses with second-story verandas, parks and government structures. The northern and western mountains catch the trade winds, with the result being damp conditions year-round and frequent tropical downpours. Despite the ever-present possibility of showers, Suva is an excellent place to explore on foot. Many points of interest are located on Victoria Parade and along tree-shaded Queen Elizabeth Drive. Suva's botanical park is lush with flowering plants, trees and green lawns. In its centre stands the Fiji Museum, where objects reflect 3,000 years of Fijian history. The museum boasts a fine collection of Melanesian artefacts and various exhibits that reflect on Fiji's maritime era. Government House stands on a hillside surrounded by landscaped grounds. A stern, uniformed sentry guards the pillared gate entrance. The monthly Changing of the Guard is executed with almost as much pomp and ceremony as at London's Buckingham Palace. Friendly Fiji will charm you; here Melanesia mixes with Polynesia, ancient India with Oceania and tradition with the modern world. The Fijian greeting "Bula!" is extended warmly to strangers on city streets and country roads. Fiji is one of the South Pacific's most hospitable countries and a holiday destination that has much to offer in recreational activities, shopping and joyous celebrations.

Summary Nabukeru is the largest village located within the grouping of the 20 volcanic islands that make up the Yasawa Islands in Fiji. Until 1987 these islands were closed to land-based tourism and could only be viewed from aboard a vessel. With their clear, aquamarine waters and ecologically diverse tropical, mountainous landscapes, these islands were the location for the filming of the romantic adventure film The Blue Lagoon (both the 1949 and 1980 versions). The islands are famous for the limestone Sawa-i-lau caves, which must be accessed by swimming at low tide through an underwater tunnel. Nabukeru villagers assert that the cave is the heart of the Yasawas. 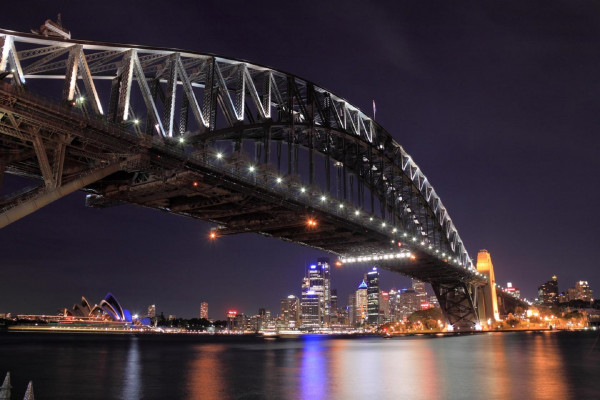 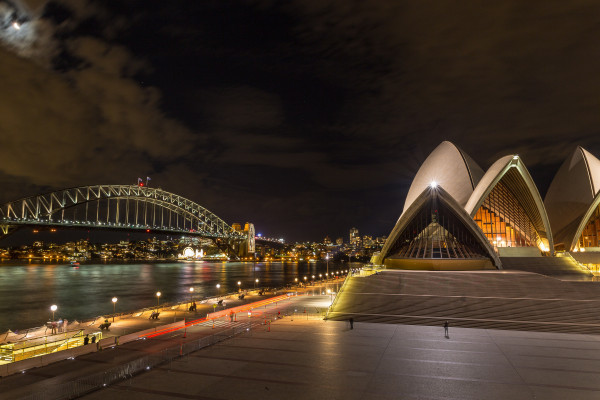 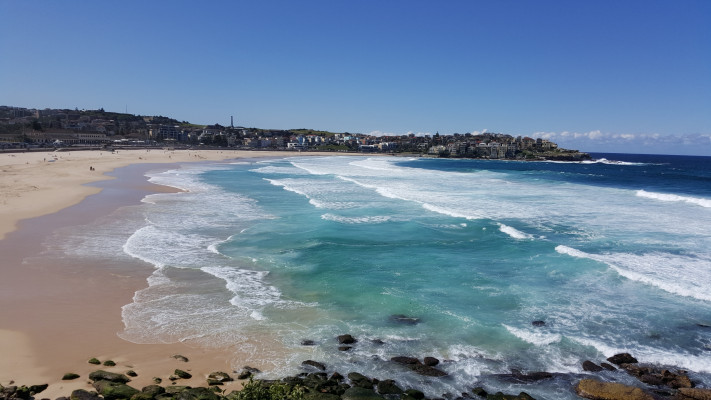 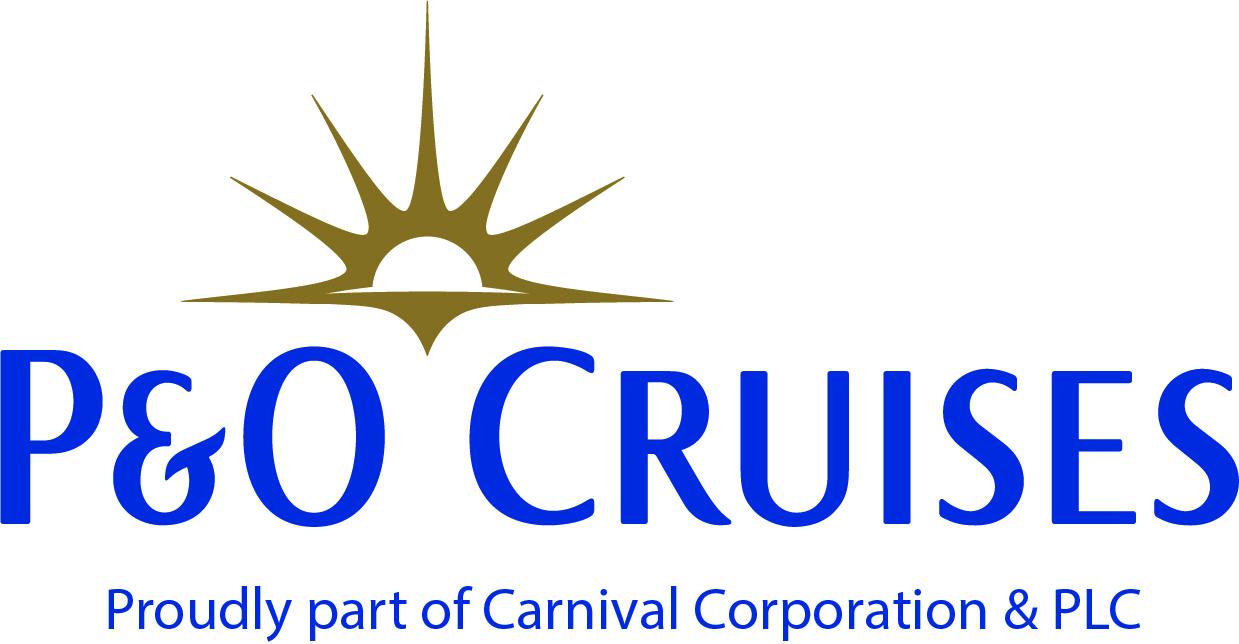 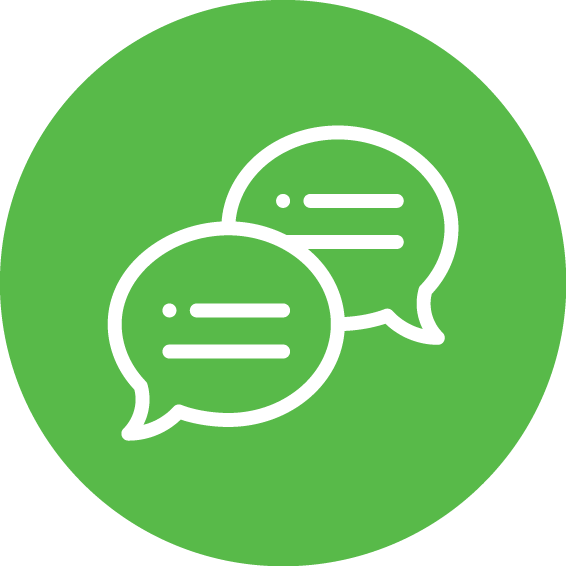