Fred. Olsen set sail on a very special cruise this month, commemorating the 75th anniversary of the Normandy landings.

Working alongside The Royal British Legion and Arena Travel, 300 D-Day veterans will visit ports on both sides of the English Channel in memory of the events which took place 75 years ago.

All guests received a special welcome when they embarked in Dover, before heading to Dunkirk where guests could take a shuttle bus into Dunkirk town – infamous for is war history. 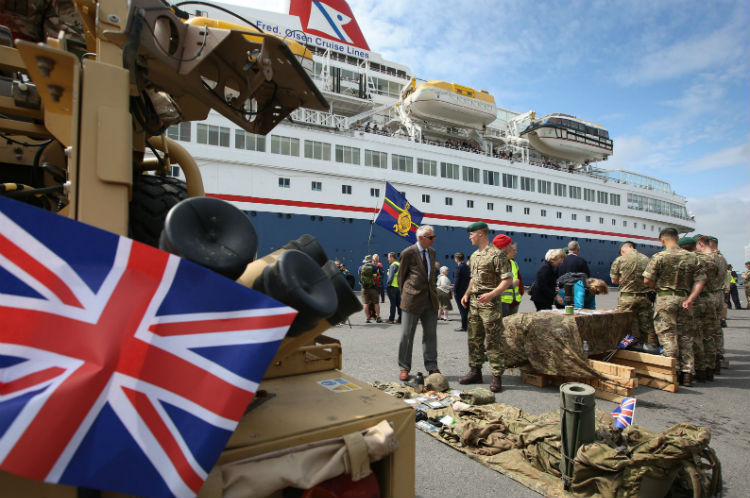 From here, Boudicca visited Poole – a maiden port of call for the ship – where the quayside was full of Ministry of Defence-hosted events, entertainment and activities.

Embarking from Poole, the ship sailed to Portsmouth where it docked for an unforgettable day of commemoration. Portsmouth played a hugely important role in the Normandy landings and so was a great choice for events throughout the day. 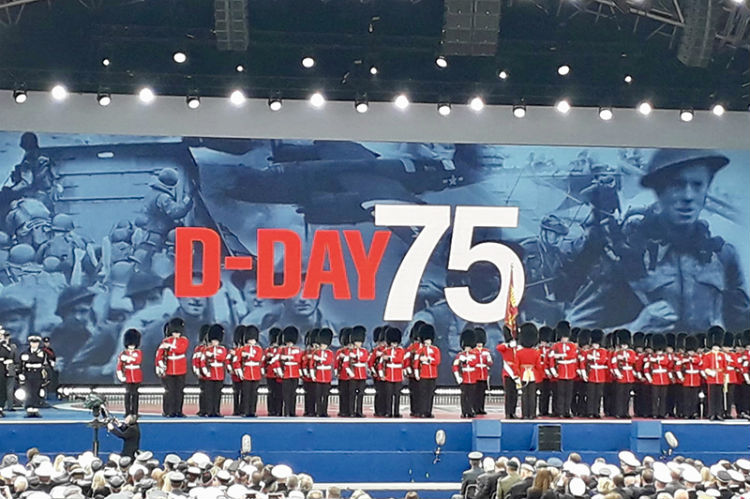 Here, veterans disembarked and attended the Royal Commemorative Ceremonies at Southsea Common, alongside The Queen, Prince Charles and world leaders such as President Trump and Theresa May. Speeches, readings, performances and more were enjoyed by all in an emotional tribute before the Royal Air Force flew past and the Red Arrows provided a fitting finale with an aerobatic display. 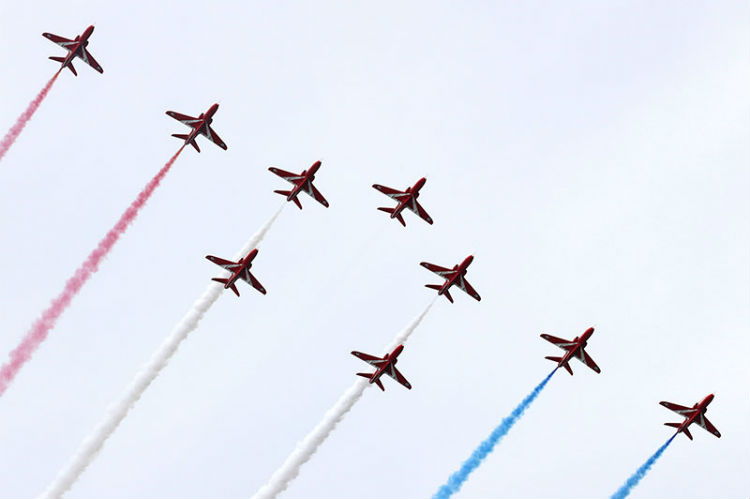 Once Boudicca left Portsmouth for Le Havre, the ship was escorted by frigates from the Royal Navy and the Royal Canadian Navy, as well as four smaller Navy vessels, sailing into the Solent. Here, a flotilla of Royal Navy vessels and their sailors saluted the ship as an iconic Spitfire flew overhead. 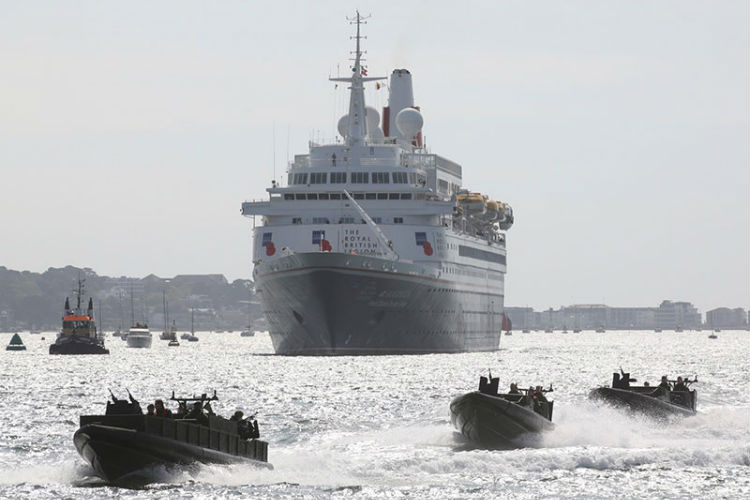 After following the same route as the brave soldiers involved in the Battle of Normandy, Boudicca arrived in Le Havre on the 75th anniversary of the D-Day landings. Veterans were able to disembark the ship in the morning and attend a commemorative service at the Bayeux CWGC Cemetary, followed by an afternoon of local events at Arromanches. The next day, guests will also have the opportunity to visit the Sword and Gold beaches and the Pegasus Beaches. 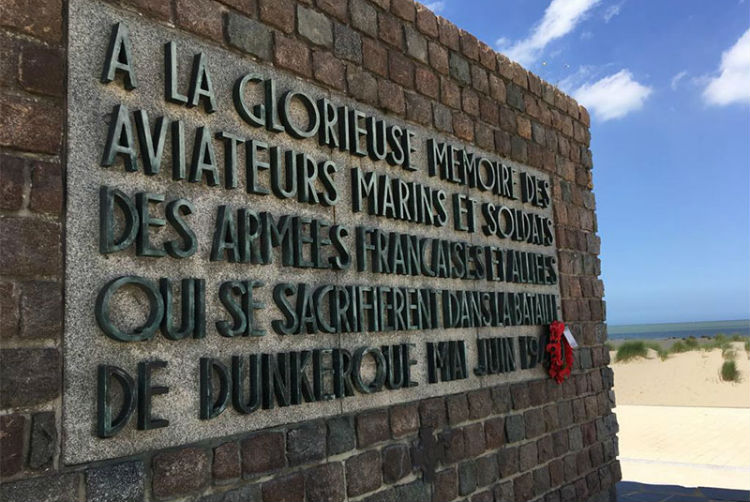 Setting sail on the final leg of the journey, the ship will first head to Portsmouth. Marking the Queen’s birthday, Boudicca will be decked out in red, white and blue decoration with a day of celebratory activities scheduled – including a live screening of the birthday celebrations. The final day, veterans will arrive back in Dover where the White Cliffs welcome guests aboard Boudicca. 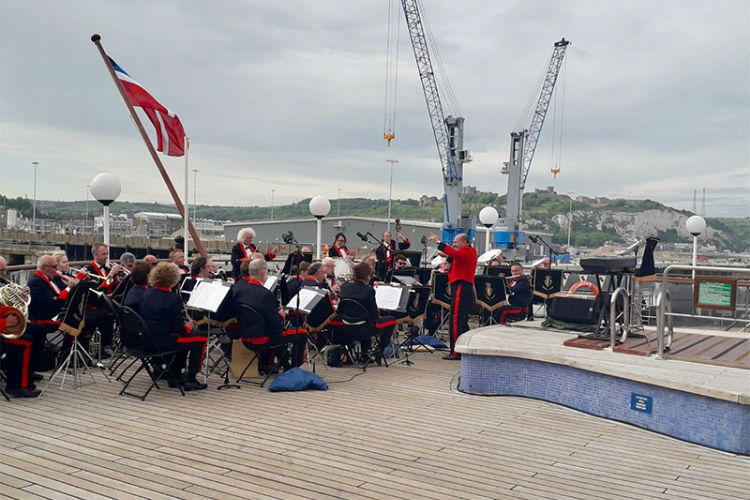 In an interview with the Ellis Barker, Public Relations Executive at Fred. Olsen Cruise Lines, veteran Ted Cordery shed light on just how poignant the sailing is for him. The 95-year-old was a Leading Seaman Torpedoman aboard HMS Belfast on 6th June 1944.

“It is very important,” he said. “I have been over there, when it was the 60th anniversary, and it can be quite emotional. You are going back to bad times. People always say ‘we were victorious, we won this and we won that’, but at what cost was it won? That’s what we remember. I was only 18/19, they were all 21, 22, 23. We were all volunteers drafted in. I think sometimes there’s a lost nation there, for all the men that were lost.

“The trouble is I get quite emotional. I cry when I see all the cemeteries and the sites I have seen on the Belfast…the injured and the wounded. I will take that with me to the grave.” 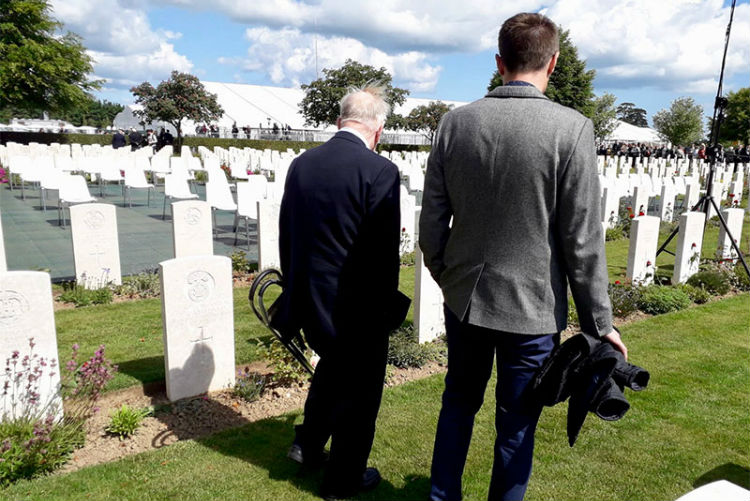 “It is a tremendous honour for us to be part of The Royal British Legion’s commemorations to mark the 75th anniversary of the D-Day Landings and the Battle of Normandy, in what is set to be a very emotional voyage for these veterans and their loved ones.

“We are very proud that our cruise ship, Boudicca, will be following the same path as the ships involved on this momentous day, which brought peace and reconciliation to mark the Second World War.” 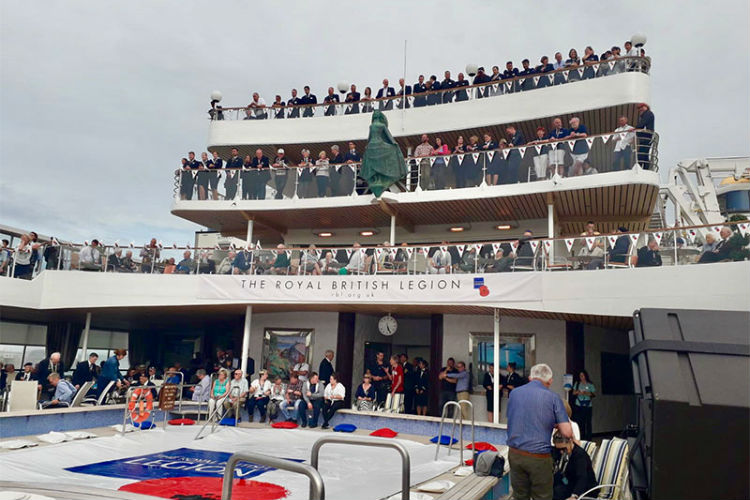 “Seventy-five years ago, the largest seaborne invasion force in history set sail for France on a mission to liberate Europe. Alongside their American cousins, nearly 160,000 men from Britain and the Commonwealth landed on the beaches of Normandy.

“Today, we stand in awe of their achievement and salute their bravery and sacrifice, on our journey back to Normandy.” 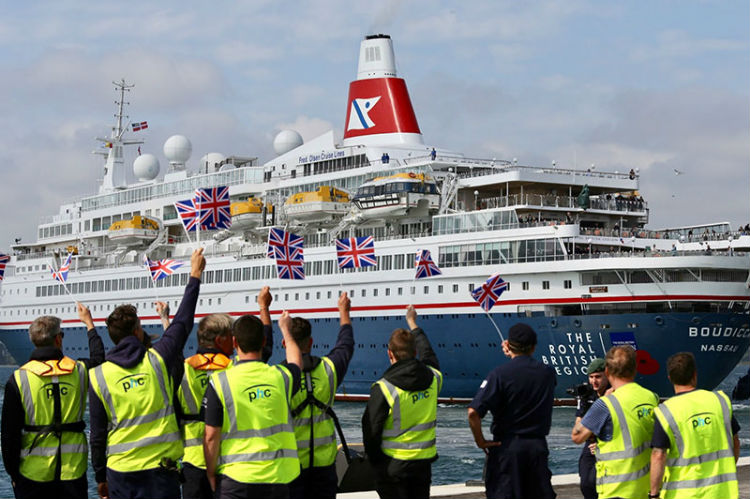 The Voyage of Remembrance itinerary has been funded by the Royal British Legion’s LIBOR Grants, in conjunction with the Ministry of Defence, for all veterans and their companions. During the voyage, they will also be treated to a wide range of entertainment on-board, from performances by The Royal British Legion Central Band to celebrity acts and guest speakers.