November 11 2018 will mark 100 years since the end of the First World War and, though a substantial length of time has passed, the significance of WW1 and its battles has not faded.

Across Europe, there are numerous memorials, museums and infamous battlefields which offer the perfect place to pay your respects and commemorate a poignant moment in history – some of which can be visited during a speciality cruise.

To mark the occasion, there are a number of specialist cruises which visit regions such as Belgium and France, including those by Fred. Olsen or Saga Cruises. These initially start by crossing the English Channel from Southampton and calling at Boulogne-sur-Mer – the closest port to the Somme and the Theipval Memorial to the Missing.

The memorial is home to a museum which is dedicated to remembering the soldiers who lost their lives, as well as a visitor centre to learn more of the events in history. 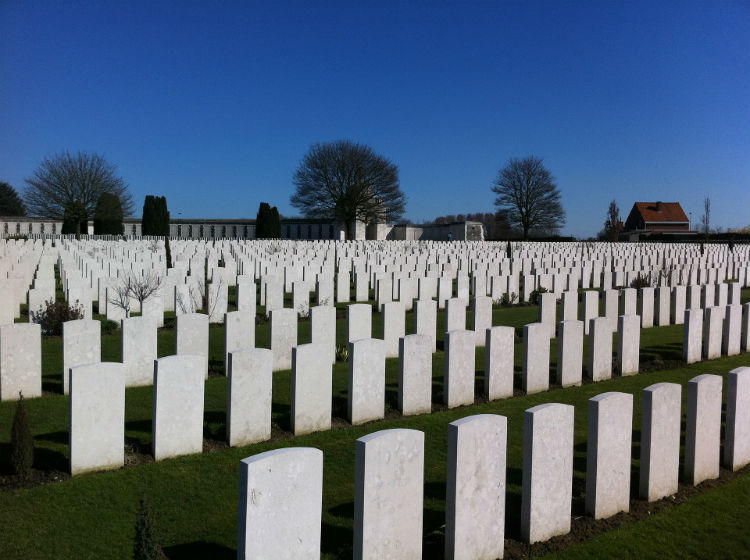 Other ports of call include Ghent and Antwerp in Belgium. Ghent is near to Mons – a major WW1 battleground and the site where the very first WW1 Victoria Crosses were awarded.

Fred. Olsen’s cruise, World War One Centenary Cruise, docks in Ghent for the 11th, meaning guests on-board have the chance to attend the annual Remembrance Sunday commemoration in Brussels.

For those looking to venture further, Liège is a historic city where WW1 is concerned – as the place where opening engagement between the Germans and Belgians began. Other landmarks include the Fort de Loncin ruin, an iconic fort as it was the only one not to surrender to the German advances. 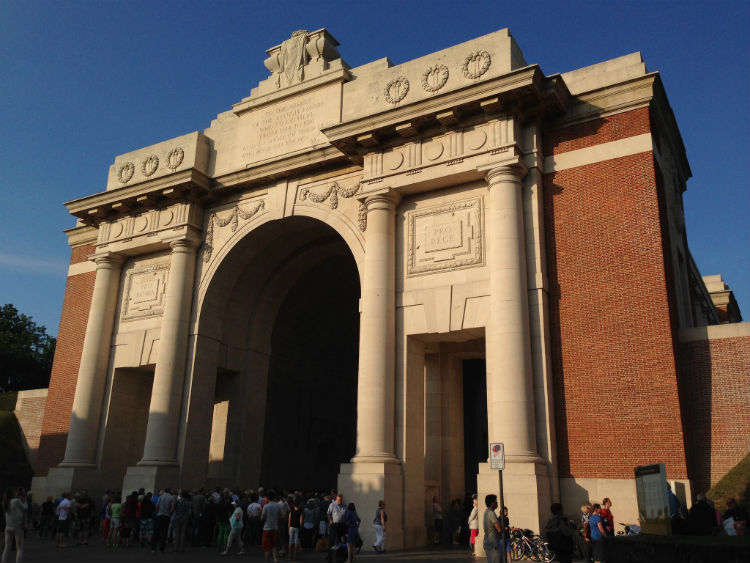 Your final port of call is Dunkirk, an ideal place for guided tours to Ypres – which was reduced to rubble in WW1 – and a site of one of WW2’s most famous events. One of the most significant landmarks here is the Menin Gate Memorial. A famous monument bearing the name of over 54,000 missing British and Commonwealth soldiers who died without graves during WW1. The memorial is one of the most important WW1 sites and even has a daily memorial ceremony at 8pm known as the Last Post Ceremony.

Other WW1 landmarks you can visit on a cruise

With so many landmarks and points of interest throughout these regions, it would be hard to squeeze them all into a single cruise.

A few other historic sites you could consider visiting include:

The Ulster Memorial Tower is also in Thiepval, a 70-foot stone structure built in memory to the men of Ulster who gave their lives during WW1. The tower stands on what was the German front line during the Battle of the Somme, the Schwaben Redoubt, which was eventually captured under the Ulster Division. 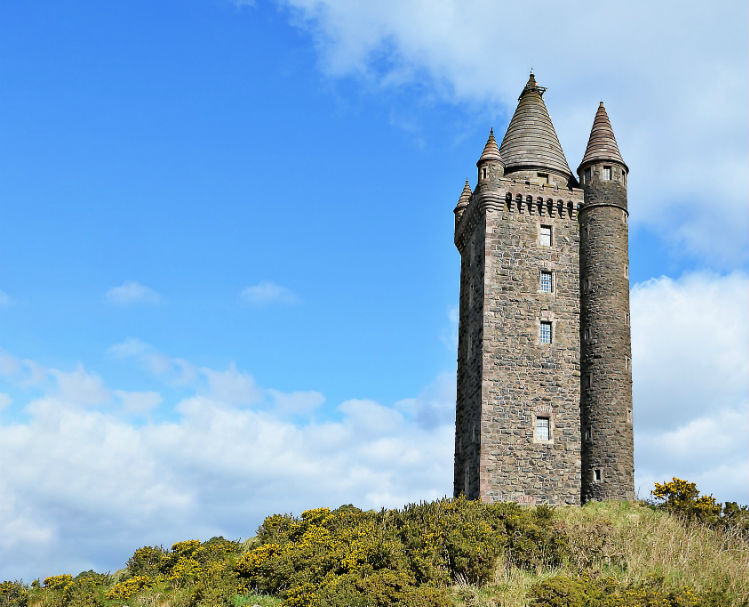 Whilst here, you can also take a trip to the Lochnagar Crater, left behind by one of the first mine explosions of the Battle of the Somme in 1916. British Forces set off the mine which resulted in a 100m wide and 30m deep crater – one of the biggest mines ever detonated at the time. 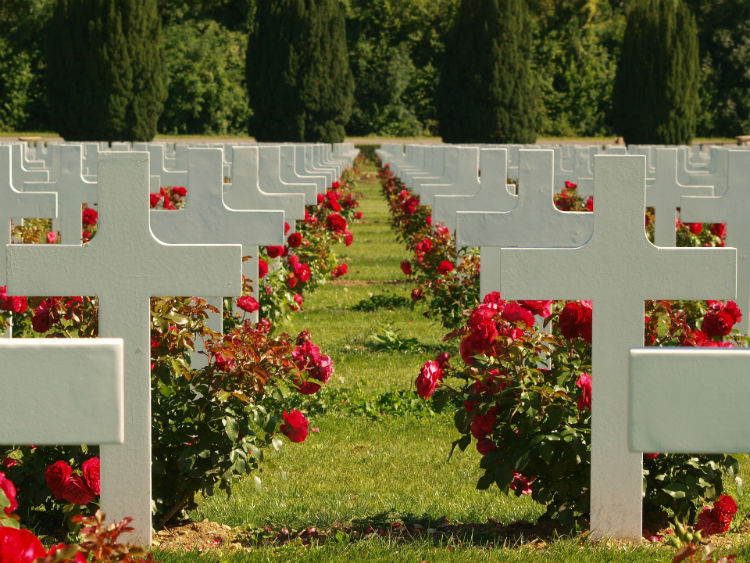 Close to the border between France and Belgium is the Douaumont Ossuary, a vast memorial and cemetery commemorating those who lost their lives in the Battle of Verdun. The site is home to 130,000 unknown solders who lost their lives in one of the fiercest battles of WW1. Visitors also have the chance to climb to the top of Douaumont tower to get a panoramic view of the battlefield.

Another landmark in Ypres is this fascinating museum dedicated to charting the horrors and tragedy of WW1 across Belgium. The name derives from the famous poem by John McCrae and the curator is a WW1 historian, making this a must-see for those visiting the area. 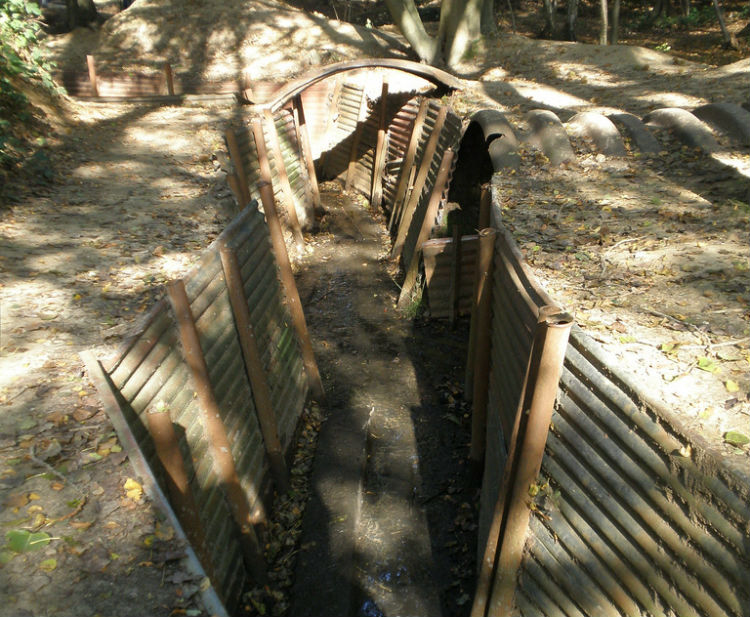 Ypres is home to the Hill 62 Sanctuary Wood Museum, where partially-restored trenches, artefacts and images can be viewed. From what was initially farmland, the site is one of the few places on the Ypres battlefields where original trench layouts can be seen.

With so many regions to visit, a cruise offers a fantastic opportunity to see as many as you can in one trip. Each of these sites, memorials and museums, plus many more, tell the tale of World War 1 and its events and as the centenary year arrives, they are more poignant than ever.

Have you visited some of these landmarks on a cruise? Let us know in comments below!