You might think that the cruise industry has always welcomed both men and women into its working sectors, however, it’s only been in recent years that women have taken the helm.

Historically, women were forbidden from sailing on military vessels or merchant ships due to superstition or that their presence would be a distraction to the crew. Instead, the only feminine figures welcomed aboard were wooden figureheads such as sirens or mermaids, who were thought to bring luck to the crew and promote the likelihood of calm seas.

The maritime industry also had its issues. Ship officers traditionally come from countries steeped in seafaring tradition such as Greece, Italy, England, and Norway, many of which are home to professional maritime academies which didn’t admit women until the last quarter-century.

Luckily times are changing. Women now make up approximately 20 per cent of the cruise industry workforce, with an average of five to 22 per cent of cruise ship officers being women, depending on the cruise line.

Within the last ten years, the industry has seen enormous improvements in its availability of professional maritime education and has developed in areas such as sexual harassment prevention training and making marine workwear available for women at sea. This shift has carved the way for women in the cruise industry, with many cruise lines offering more and more opportunities for women to take the wheel (pun intended).

Celebrity Cruises changed history when they employed the first American woman to captain a cruise ship – Kate McCue – back in 2015.

That’s not the only first for the cruise line either, with Lisa Lutoff-Perlo becoming the first woman to run a publicly traded cruise line in 2014 as the President and CEO of Celebrity Cruise Lines, a position she’s used to develop initiatives to recruit more women to shipboard leadership roles. 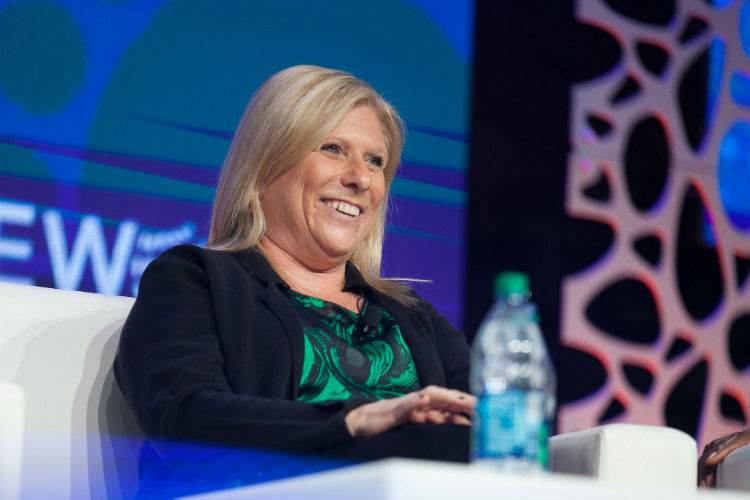 Celebrity Cruises is now the leading cruise line for women in the industry, with women accounting for 22 per cent of its bridge teams and its fleet of 13 including four women in leading roles. These include two female masters – McCue on Celebrity Equinox and Nathaly Albán as the first Ecuadorian cruise ship captain on Celebrity Xploration, and two female staff captains – Wendy Williams and Maria Gotor – as well as many more at officer levels.

More recently, Celebrity Cruises furthered their ambitions with Lutoff-Perlo partnering with Ghana’s Regional Maritime University in 2017 to help forge career paths for female maritime professionals from Africa, something which previously didn’t really exist. This led to 2017 RMU Cadet and Cameroonian Nicholine Tifuh Azirh to become the first West African woman to work on the bridge of a cruise ship.

We also saw these trailblazing efforts once more in 2018, when Malala Yousafzai – female education activist and Nobel laureate – attended a Celebrity Cruises’ ceremony to christen and be godmother of the line’s latest cruise ship, Celebrity Edge.

Meanwhile, Royal Caribbean first appointed a woman as captain of one of its cruise ships in 2007.

It was then that we saw Karin Stahre-Janson take command of the cruise line’s, now ex-ship, Monarch of the Seas and become the first woman in the industry to lead a major cruise ship. 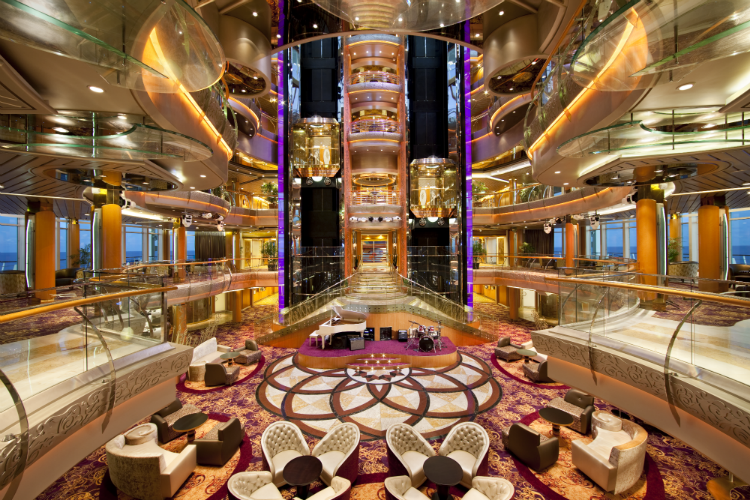 Carnival Cruise Line is another which is supporting women within the industry, following 2018’s announcement that it will be strengthening its cooperation with the Women’s International Shipping & Trading Association (WISTA). WISTA aims to support more women in the industry and their roles within shipping.

This comes alongside the news that the German arm of WISTA has elected a new board of directors which includes the first-ever representative of Carnival Maritime, Cindy Paarmann, who said:

“I am very happy and honored to be representing women in our industry in this key position. As HR Manager Development at Carnival Maritime, supporting women’s careers onboard is one of my focuses. I want to encourage women to discover and embrace the many exciting and fulfilling career options in the cruise industry. The doors are open for them, because shipping companies have now realized what a great asset diversity is. Women belong on board!” 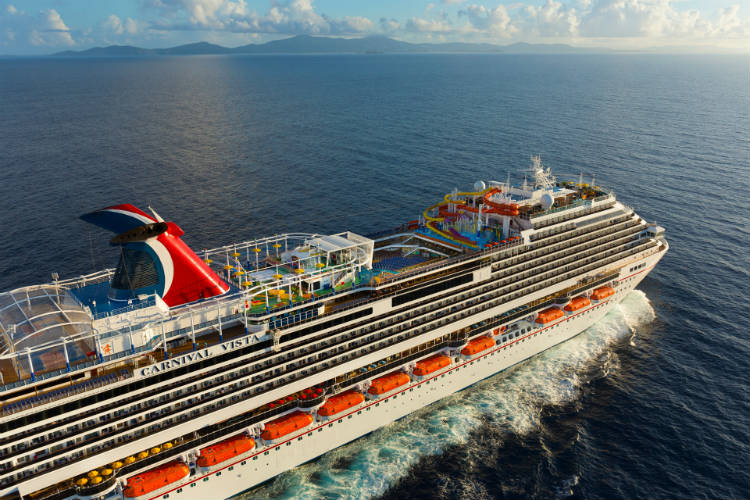 Carnival Maritime is the marine service unit for AIDA Cruises and Costa Crociere, with 60 female officers currently working on-board the group’s vessels. In April 2018, the marine industry saw another first with the appointment of Germany’s first female cruise ship captain and WISTA member, Nicole Langosh, who took over the helm of AIDA Cruises’ ship.

Germany also has one of the highest proportions of women in the industry, alongside Spain, Finland and Malta.

P&O Cruises’ appointed Sarah Breton as captain of Artemis (a now ex-ship of the fleet) in 2010, which was a first in the cruise line’s then 173-year history. Breton was also the first female captain of a cruise ship in Britain and joined the cruise line as the third officer back in 1989.

Being made captain with P&O Cruises ‘fulfilled a lifelong ambition’, as she grew up near the water and always loved boats from a young age. 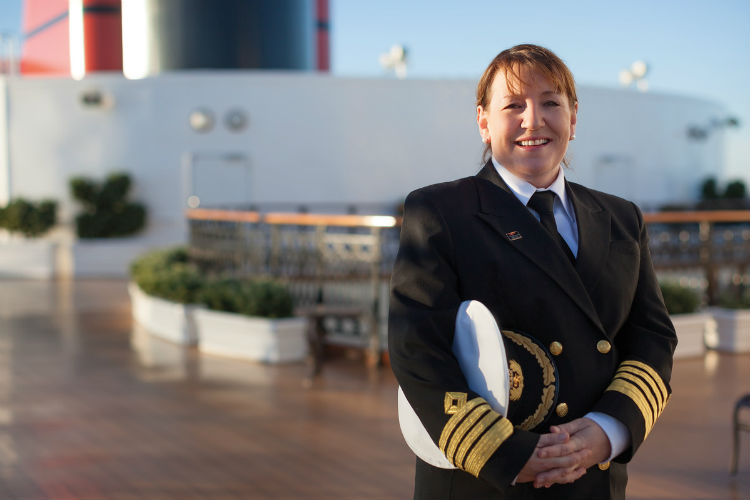 As for Cunard, 2010 also saw their first female captain with Inger Klein Thorhauge aboard Queen Victoria. Thorhauge grew up by the sea and worked on cargo ships as a stewardess from being 16-years-old, with an ambition to travel and a huge enjoyment of sailing. She has since become captain of Queen Elizabeth in 2011!

Aside from the cruise lines themselves, there are elements of the maritime industry which are being moulded and developed to recognise and support women more than ever.

Ally Cedeno founded the Women Offshore organisation to foster women in maritime professions. She describes the organisation as offering ‘virtual mentorships’ and a ‘free resource for any woman, regardless of what body of water she works in.’ In an interview with Condé Nast Traveler, Cedeno said:

“There are shifts to not only hire more women, but also retain a female workforce, effectively opening opportunities for women to pursue leadership roles. Addressing the gender gap has gone beyond recruitment practices to focus on maternity leave, availability of technical uniforms, mentoring, and harassment prevention guidelines.”

And it continues! Just this year, we saw the launch of the brand new cruise line, Virgin Voyages and their initial ship – Scarlet Lady.

Virgin Voyages has actively set out to recruit women to the bridge of their first ship, which is due to sail in 2020. This recruitment process has developed the Scarlet Squad – set with the intent to ‘grow leadership roles for women in marine, technical, and hotel management positions onboard.’

The cruise line’s Senior Vice President of Design, Dee Cooper also told Condé Nast Traveler that the shoreside team for Virgin Voyages is 60 per cent female and it has set a goal for its shipboard crew to be at least 50 per cent female. She also added at a recent press conference:

“We need to rebalance the field and we’re focusing our attention on recruitment and mentoring to do it.”

Though it might only feel recent that the cruise industry’s level of gender diversity has been challenged, it has already come so far. Breaking barriers for leadership roles and developing partnerships for furthering women’s education all help shape our next generation of cruising workforce – whether it’s front-of-house staff or the captains themselves.

Are you sailing with any of these innovative industry-leading cruise lines soon? Let us know in the comments below!

How do other cultures celebrate Halloween?

The big five: Beyond Africa